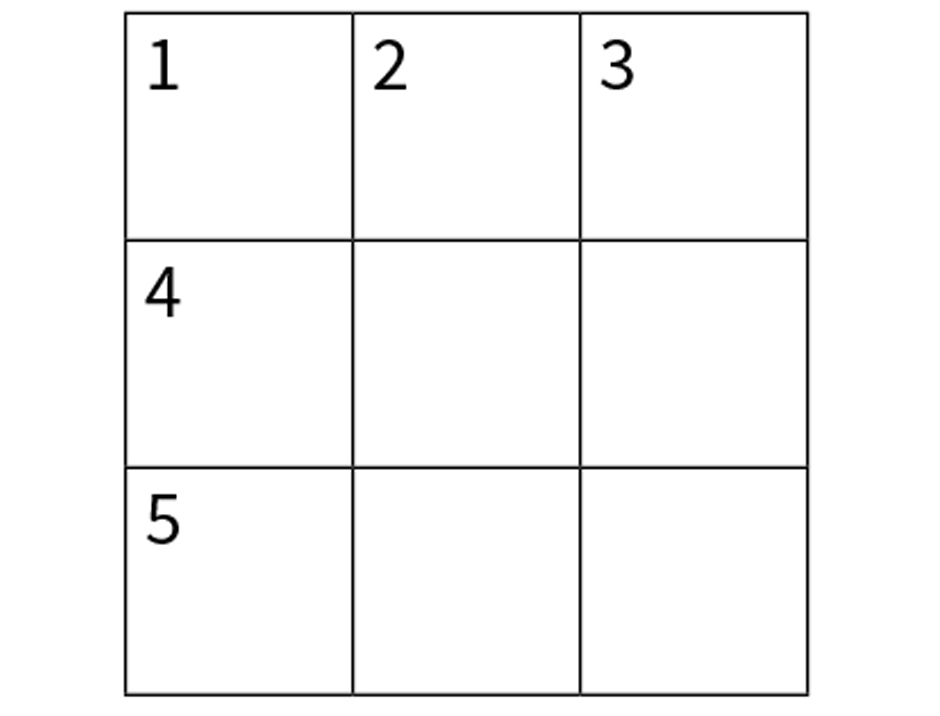 Crossword puzzles are popular. They can be found in almost every newspaper and many magazines—including this one. Recently small, square crossword puzzles that look like Diagram 1 have appeared on the web version of some newspapers. Accompanying the diagram would be a set of six clues for six 3-letter words to fill out the diagram; the numbers are only used to locate the clues.

The clues for Diagram 1 would be:

Presented here are mathematical puzzles using the same types of diagrams, with digits in place of letters. The clues are the unique prime factorizations of each of the numbers formed by the rows and columns. Each prime is represented by a unique letter within a given puzzle which may be raised to a power. Multiplication is indicated by juxtaposition. For simplicity, none of the digits in the first row and column in these puzzles is 0; i.e., for an n by n diagram, the answers to the clues are true n-digit numbers. As in crossword puzzles, the goal is to fit the numbers together. To illustrate what we’re talking about, here’s an example problem: 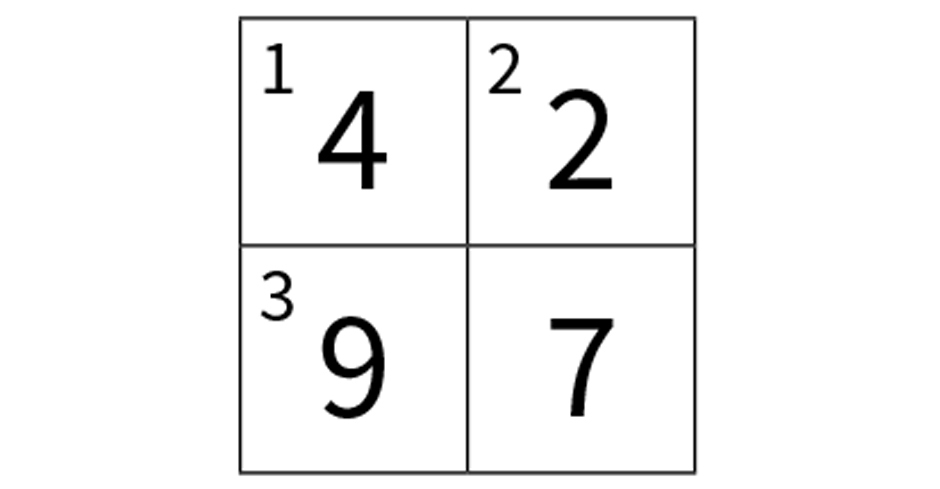 Now let’s get into the problems for you to solve. 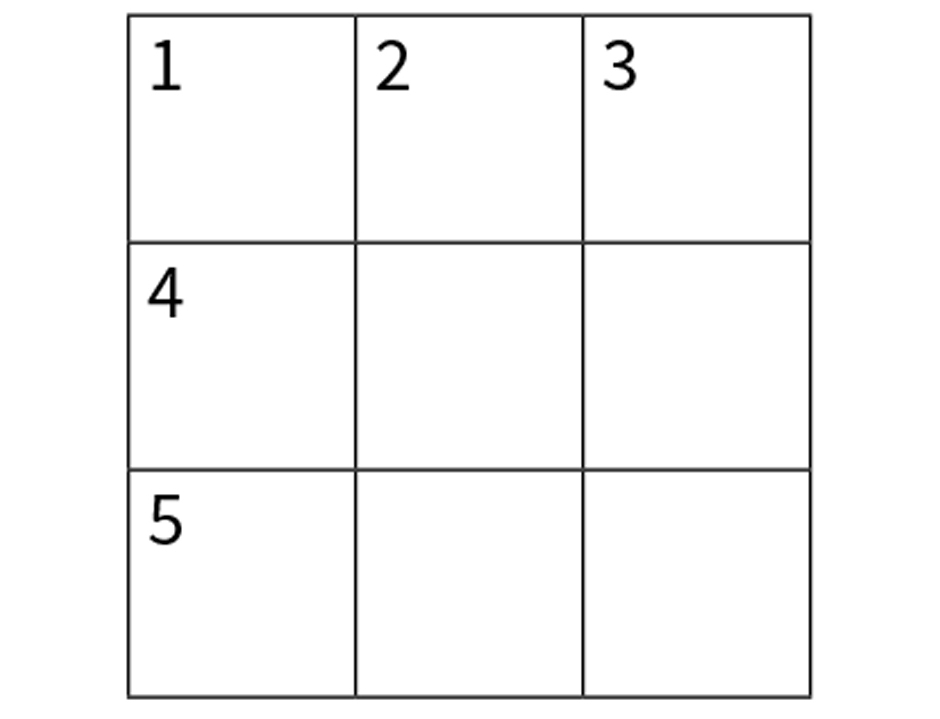 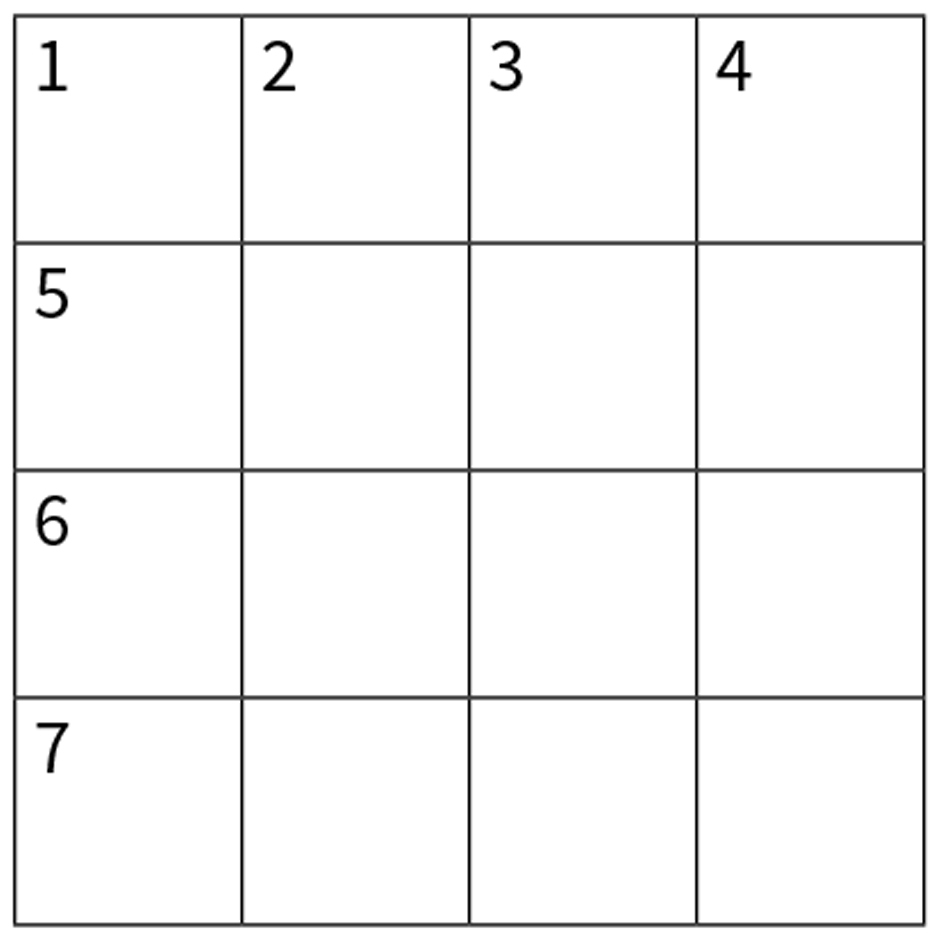 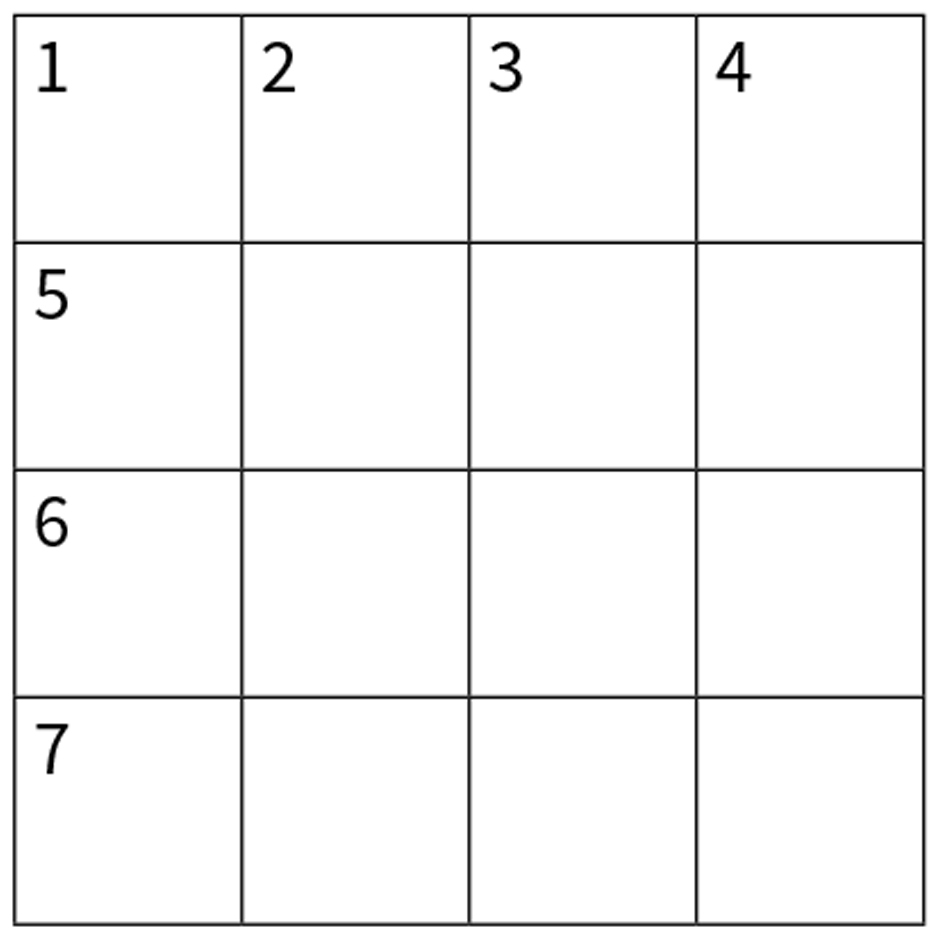 Answers may be presented as filled in diagrams or by identifying the primes associated with each letter, or both. The filled-in diagrams are unique, but the prime answers may not be (for a trivial reason). In my opinion, the solutions to the problems are easier without writing a computer program, but a spreadsheet may be helpful. I would enjoy receiving a brief outline of how you solved the problems with your answers.

It turned out that this puzzle might have been more difficult than I expected. It is unclear that there is an “elegant” way to solve this problem conceptually. Yes, you can go through combinatorically, figure out the possible winning scores and the probabilities of those scores winning, but even that takes a lot of mathematical horsepower. Luckily, we can set up a simulation in Excel and model the answer in far less time, where each row in Excel represents one simulated race. If you assign 20 random numbers, with six of them going to team A, seven of them going to team B, and the remaining seven going to team C, one can simulate the race by using the RANK function and ranking this list from low to high. Next, you can use the MAX and LARGE functions to subtract out the 6th– and 7th-place scores for each team. To make sure that you break all ties, you can multiply the score of the 6th-place person on each team by 0.01 and add that to the total team score. That way, no two teams can have the same score, and Excel does the tiebreaker calculations for you. All that is left now is figure out if the team with six runners has the lowest score of the three teams and won the meet. Repeat this a bunch of times, and it turns out that the team with six runners wins the meet 21.9% of the time.

We can see from this puzzle how important the sixth and seventh runners are on a cross country team. Don’t let anyone tell you otherwise!

print
Tags January/February 2019
Next article Apt Combinations
Previous article How Do You Measure a Gerrymander?