Since this puzzle is published in an actuarial publication, I sometimes remember to put things in that pertain to the profession. Or perhaps I should say professions, as some would argue that life actuaries and property-casualty actuaries (and health and pension actuaries, too) pursue quite different occupations. There was a recent vote by CAS members about a “combination proposal,” to create one organization out of two, the SOA and the CAS.

In an email, the CAS President Jim Christie said the CAS board voted on the proposal, but the vote “did not achieve the necessary two-thirds majority support required for the proposal to move to a member vote.”

I could have predicted the combination wouldn’t work. Join SOA and CAS, and you can’t make any words! You can’t even make any very good five-letter words, just CASAS and SOCAS (whatever that is). So I thought that for this puzzle, I could suggest mergers that would work.

Below are ten clues leading to answers involving mergers for the CAS and SOA to consider, five for each of the two organizations. There is one seven-letter answer in each group; the other eight are six-letter answers. The ten merger targets are commonly known by their three or four-letter acronyms. (One of the ten is actually an abbreviation, not an acronym).

For example, if the CAS were to merge with the PLO, an anagram of the combined organization could be COPALS, which is the plural of a word referring to resin from tropical trees, used in making varnish. I didn’t use that one, because COPALS is too obscure.

The ten words you decipher will be common words, although there is one obsolete spelling (clue #3) and one answer (clue #7) that usually is seen as two words, although the compound version is playable in Scrabble, as are all the other nine.

The target organizations include several entities connected with radio and/or TV, a well-known non-profit founded by Helen Keller, a US cabinet department (and a subsection of another), a regulatory body, a military organization, and a US state. I’ve provided hints below, and because there is no grid or other way to anchor things, many more solvers than usual may require hints. 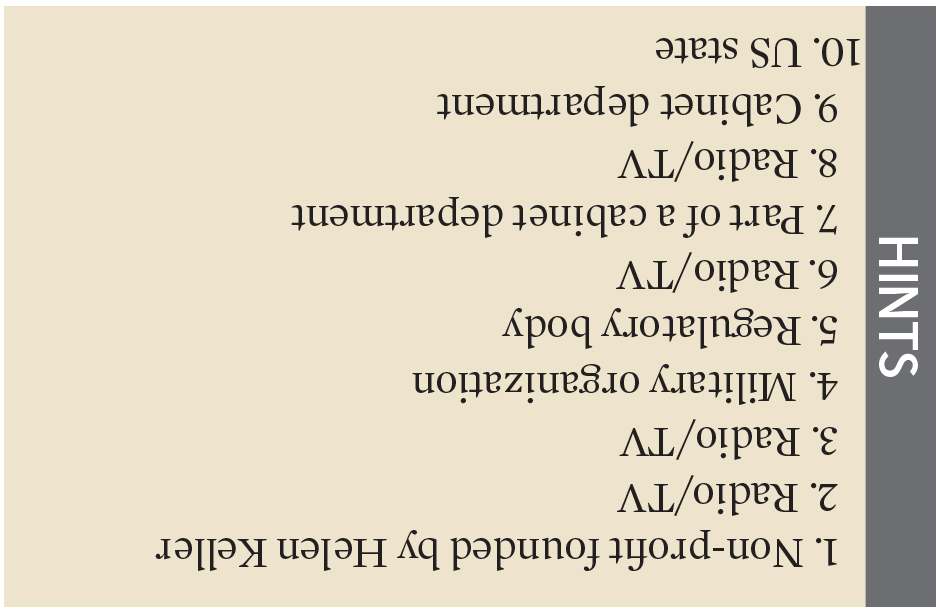 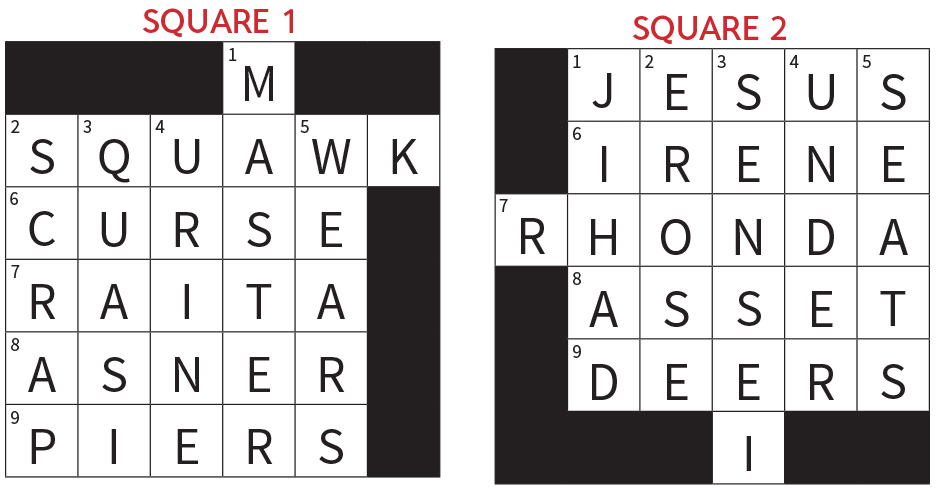 URINE – Homophone of “you’re in,” sort of

RAITA – Every other letter in “bread in that”

SENSEI – Anagram of “is seen”

RHONDA – Anagram of “On hard” 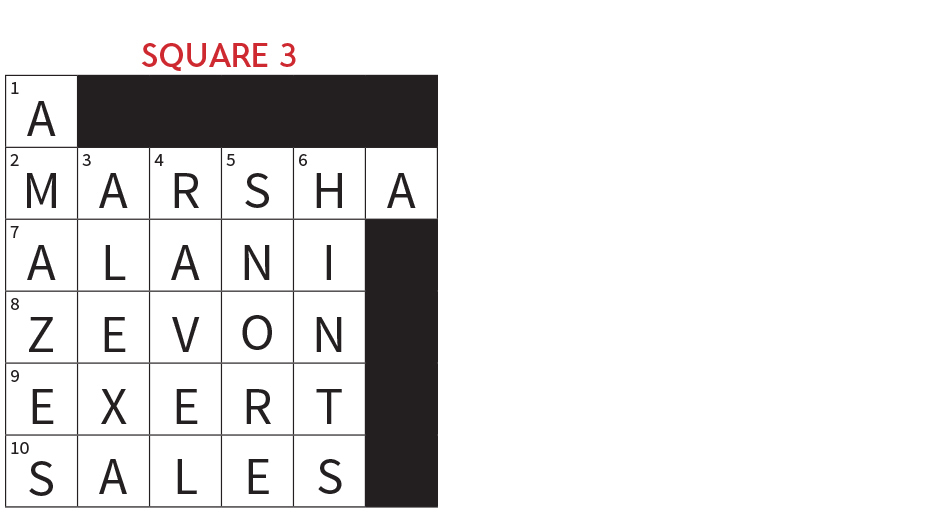 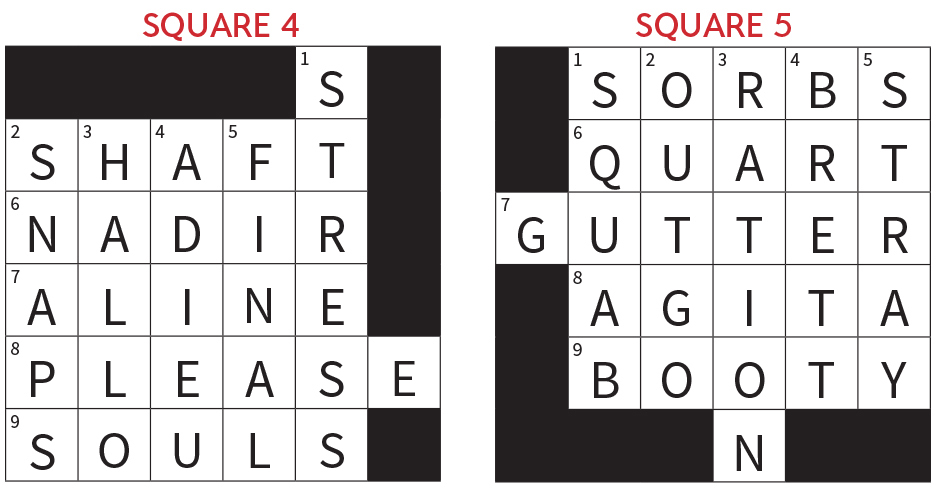 STRESS – Outside of “strictness”

HALLO – ALL (“everything”) inside reversal of OH (“Ohio”)

SORBS – SOS (“help”) around RB (running back, from “football player”)

RATION – Anagram of “I ran to” 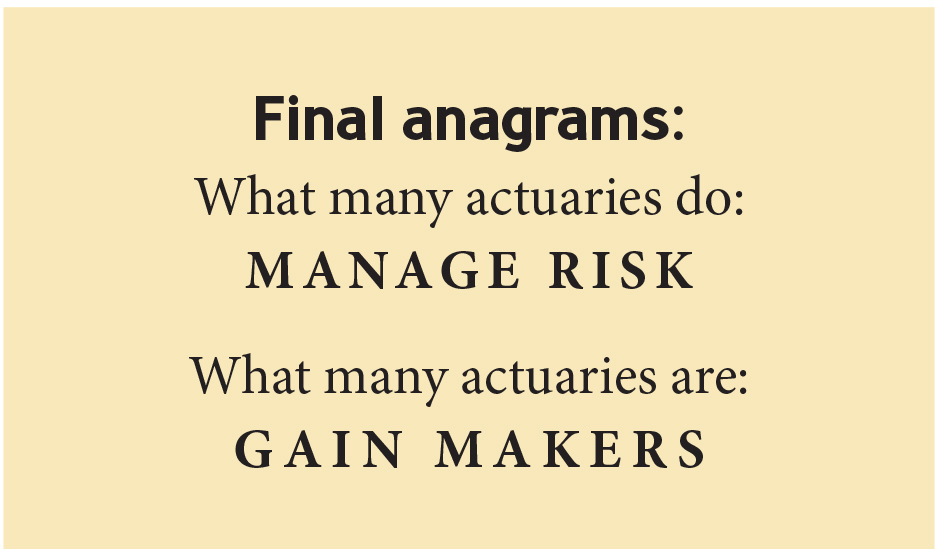 Tom Toce is a senior manager for actuarial services with Ernst & Young in New York and is a member of the Jeopardy Hall of Fame.

Solutions may be e-mailed to him at Thomas.Toce@ey.com. In order to make the solver list, your solutions must be received by January 31, 2019.