Where Have the Boys Gone? 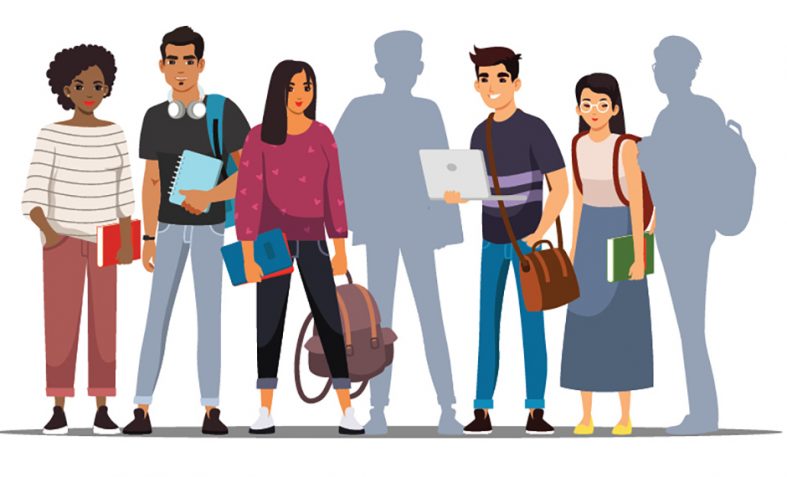 Over the past several decades, the percentage of new entrants to many professions in the United States who are female has gradually increased. Nevertheless, gender inequity in the workplace remains a significant societal issue.

This story begins with the key factors: education and culture. For example, it seems to me that our schools are now more geared to the average girl than the average boy. More young men are failing to graduate from high school than young women. Then, about 50% of women entering a four-year college graduate in four years, compared with only about 40% of men. The shift in gender mix receiving bachelor’s degrees has been dramatic—almost 60% are now female. This means that there are 50% more young women getting four-year degrees than men! Women now greatly outnumber men on many college campuses. From spring 2019 to spring 2021, the number of male college students fell by more than 500,000 compared with a more modest 150,000 decline for women.

The percentage of women in STEM-related jobs—that is, jobs in the science, technology, engineering, or mathematics fields—has increased materially, from about 8% in 1970 to about 27% in 2019. Those graduating with STEM-related bachelor’s degrees are now about 37%, so this increase in STEM employment is bound to continue. This increase has partly been due to a reduction in cultural steering of girls away from these fields.

Regarding the actuarial profession, as a student I was concerned with the small percentage of actuaries who were women—especially the almost total dominance of men in the upper echelons of the profession. In interviewing for a job in one life insurance company after college, I talked with a female and male actuary of about the same age: The male was a vice president and the female was an associate actuary. That was a factor in my deciding to work for another company.

Trends in the actuarial profession have generally followed the trend in STEM-related jobs. For instance, about one-third of Society of Actuaries’ members are female; 35% of new ASAs are women and new entrants are 37% female. However, we still lag behind other mathematical professions such as statisticians, where about half are women.

Over the past couple of years, there have been more women entering both law and medicine, and the current female proportion of both professions (about 37%) is bound to increase. Engineering, where female representation has traditionally been low, has lagged overall STEM trends. The female percentage has grown a lot, from 6% in the 1980s to 14% now. In 2014, 40% of female engineering students either didn’t end up becoming engineers or left the profession shortly thereafter—key reasons include a “boys club” work environment and a lack of role models. These will change, but cultural attitudes evolve slowly.

Demographic factors are a factor in the increase in female employment. Women are marrying later (on average 28 in 2020, up from 20.3 in 1960), partly in pursuit of their careers. A dramatic drop in fertility has accompanied this trend, about 1.65 in 2020. Labor-saving household innovations and child care, as well as enhanced birth control methods, have helped women pursue college degrees and achieve occupational ambitions.

So, what are the young men doing? Computer-related jobs have been an attraction, some of which do not require a college diploma. Gender mix trends in computer-related jobs are inconsistent with other STEM fields. While the female percentage increased until the 1990s to more than 30%, it is now down to 25%.

In addition, the mix of many job categories is changing, drying up in historically male-dominated fields such as manufacturing or mining. The importance of physical strength has declined as an important factor for employment and advances. Additionally, more than a million more men are incarcerated than women.

Education is important in the march toward gender equality, but only the first step. Further progress in pay/promotion gaps, as well as attitudinal changes, are needed. These complex issues are not dealt with here because of limited space.

High levels of American business and government today are still largely led by college-educated men—that will gradually follow changes in educational attainment. It has to be remembered that many boys and men are adrift—not keeping up in school, struggling to form families and success. These trends will in the long term have profound consequences on society and future leadership and will have to dealt with.