Clearing Minefields—When you face ethical or professional dilemmas on the job, how do you align your actions with your highest principles? 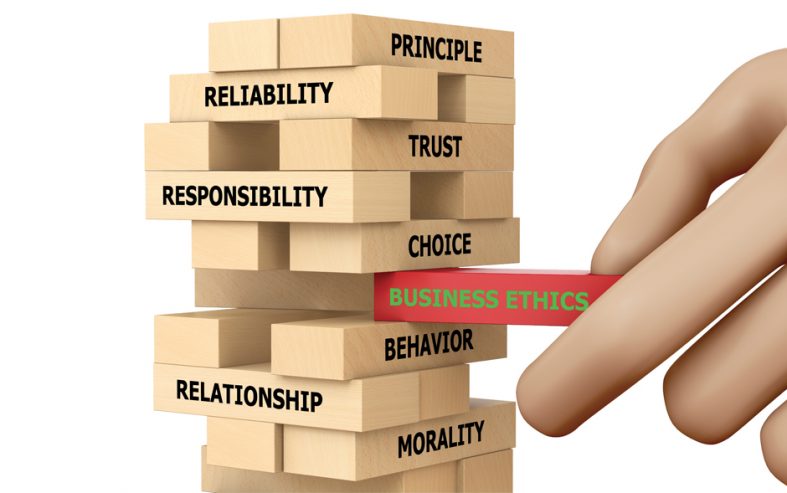 Consider this not-so-hypothetical scenario: You’re standing in your boss’ office presenting your actuarial report, explaining the reasoning behind each aspect of your risk analysis. As you’re starting to wind down, she holds up her hand. “This looks great for the most part,” she says, “but we need to stay more competitive in the marketplace this year. Can you revisit a few of your assumptions so we can get our rates a little lower?”

Or perhaps you have a colleague who’s cutting ethical corners at work, but is getting praise from higher-ups for his efforts. You know that if your boss realized what shoddy risk assumptions your colleague was using, he’d be out of a job in no time flat. Still, you agonize over whether to say something to the boss about your colleague’s tactics. What if he somehow finds out you were the one to report him? Would he find ways to make your life a living hell?

What about when you witness other actuaries operating outside the Code of Professional Conduct, or when a company you work with is making unwarranted claims about their products? Scenarios like these can be tricky, because when you blow the whistle on others’ ethical missteps, there’s a chance you’ll face personal or professional consequences. There are ways you can minimize your own risk while still making sure wrongdoing gets exposed: Does your company have a procedure in place for anonymous whistleblowers to report ethical lapses? If so, you might decide it’s more prudent to go through that channel, at least as an initial step.

But while anonymous reporting might work in some situations, you’ll often decide you need to have a forthright conversation with someone about the ethical issue at hand—whether it’s with the principal who’s asking you to revisit assumptions, or with the boss who’d want to know about your colleague’s number-fudging. The good news, according to psychologist and ethics trainer Lynne Henderson, is that such conversations come much more naturally and easily with practice. Henderson reports that the more you rehearse speaking up about your concerns—say, by role-playing a difficult discussion with a friend or colleague—the more calm and effective you’ll be when you have that difficult conversation in real life.

And indeed, a good option available to U.S. actuaries who believe a colleague may have crossed an ethical line—inadvertently or otherwise—is to have a frank discussion directly with that person. As Precept 13 of the Code of Professional Conduct states, “An Actuary with knowledge of an apparent, unresolved, material violation of the Code by another Actuary should consider discussing the situation with the other Actuary and attempt to resolve the apparent violation.” This precept is based upon a supposition of goodwill; two actuaries who disagree about work product can have an open conversation about the assumptions made and conclusions drawn. Only if such a discussion fails to resolve the uneasiness is the actuary obliged to pursue the matter further.

Since most actuaries face a wide array of ethical concerns during their careers, it makes sense to get as comfortable as possible having these kinds of up-front conversations. While it’s easy to envision the worst possible outcome of a conversation (“What if the boss gets upset with me?” or even “What if I get fired?”), the actual outcome typically doesn’t turn out to be nearly as bad. Your boss may even thank you for being bold enough to share your concerns. Seasoned actuaries find that the more accustomed they get to voicing their concerns, the more uncomfortable it starts to feel not to speak up.

Still, even with practice, discussing ethical/professional concerns can feel like a Sisyphean task. In real life, according to a study at Amsterdam’s Vrije Universiteit (Free University), only about 10 percent of people report others in authority who are committing misconduct.

To steel yourself for a tough, ethically fraught conversation, try this approach, inspired by cognitive-behavioral research. Take a piece of paper and draw a vertical line right down the middle, creating two columns. In the first column, write down the anxious thoughts that flit through your head when you consider taking a moral stand—anything from “My boss is going to resent me” to “I’m probably going to get fired if I say anything.” Then, take time to subject each of your anxious thoughts to reality-testing. How has your principal reacted to such concerns in the past? Most importantly, even if your action leads to an uncomfortable outcome, would you still consider it worthwhile to speak up out of a commitment to your professional integrity?

Finally, in the second column—across from each anxious thought you’ve written down—fill in your most constructive, rational assessment of the situation. Instead of “My principal will resent me when I refuse to do what she asks,” for instance, you could write, “It’s true that the principal might be taken aback when I speak up. But by explaining that I’m bound to adhere to a specific code of conduct, I’m confident I can make a case for leaving my original risk assumptions in place.” Your new take on the situation shouldn’t be artificially rosy, but it should be balanced and realistic, helping you to head into the conversation with greater confidence.

The other key to navigating ethical challenges is reaching out to close colleagues for perspective and support. When your conscience shouts, “Something is wrong here!” but no one else is speaking up, it’s very easy to feel isolated. But if you take time to hash the situation out with a colleague or two, you might be surprised to find they’ve faced very similar obstacles. “I always go to another professional that I trust,” said Tom Terry, a former president of both the Academy and the International Actuarial Association. “I say, ‘Hey, something’s bugging me. Will you just listen to me for a few minutes while I walk through what I’ve encountered?’”

While you may or may not opt to take your colleagues’ advice, their input and example can supply a useful starting point as you brainstorm possible solutions. Former Academy President Tom Wildsmith credits his actuarial mentors with showing him how to uphold his ethical standards in real-life situations. “I had the opportunity to be in the room when they said, ‘No, we can’t affirm that, because it’s not reasonable,’ or when the mistake was found and they said, ‘We have to fix this,’” he said. If you try to tackle a difficult situation without any guidance, on the other hand, you might end up doing something you regret. “You’re never in this alone,” another Academy president, Bob Beuerlein said. “If you think you’re in this alone, it’s going to escalate—and you’re going to make some bad decisions.”

And indeed, the very nature of actuarial work means you can sometimes find yourself in an ethical quandary. Because the art of risk analysis contains a number of subjective elements—reasonable actuaries can disagree about assumptions, for example—principals may feel justified in pushing back against analyses that affect their bottom line … and unscrupulous actuaries may tell themselves it’s OK to massage their numbers just a tad. “Because we apply judgment,” said Terry, “there’s always someone else that can come along with a different judgment, and there we have the makings of ethical dilemmas.”

Such dilemmas are so widespread in the actuarial world, in fact, that it’s unusual not to confront them. In 2012, the Academy’s Council on Professionalism asked Academy members to describe whether they faced ethical concerns on a regular basis, and if so, what kind. Of the more than 3,300 survey respondents, about 4 in 10 stated that pressure from principals or management to influence pricing or reserving assumptions was a major ethical concern, making it the most frequently mentioned concern by 10 percentage points. (Other participants cited issues like actuaries who misrepresent data and principals who make misleading product claims in their advertising.)

As the scope and diversity of these survey responses reveal, the moral quandaries actuaries confront aren’t always black and white. Most principals won’t flat-out tell you to cook the books, according to Wildsmith. “The ethical challenge is not so much resisting putting in a number that’s wrong,” he said. “It’s resisting the pressures in the environment that would distort your judgment and lead you to do work that’s skewed in a particular direction.”

It’s one thing to tell yourself that you’ll be able to resist such pressures when they crop up. It’s quite another to stand up for your principles in the heat of the moment—especially when it seems far easier to cave to what your boss wants, or to look the other way when a colleague uses shady assumptions. That’s why it’s so crucial to consider how you’re going to handle common ethical dilemmas ahead of time, before the pressure really starts to ratchet up.

In the case of principals who ask you to tweak your risk assumptions just a bit, it can pay to give them the benefit of the doubt at first. Sometimes such principals “don’t really understand what they’re asking the actuary to do,” said Beuerlein. So don’t immediately act offended by their request, which could poison the working relationship. “I’ve seen actuaries who hop up on a high horse and say, ‘I’m the actuary and you are not, so how dare you attempt to influence the assumption I made,’” Terry said. “I don’t think that’s the height of professionalism.”

Instead, simply tell principals that what they’re asking of you—whether it’s fudging the numbers or misrepresenting data—is outside the scope of your profession’s ethical guidelines. That keeps heated accusations and ad hominem attacks at bay. “One very good thing about [the Code of Professional Conduct] is it gives us a framework to point to and say, ‘I just cannot do that,” Wildsmith said. “That’s a very powerful tool.”

Of course, there are times when you might feel like no one around you identifies with your ethical qualms—when you work for a company where employees and managers cut corners, for instance. If you’re in a spot like this, actuaries can get in touch with the Actuarial Board for Counseling and Discipline (ABCD), whose members and staff can supply insight and advice when you need it most. Don’t worry about being judged or harangued when you call; they are there to provide ethical guidance, not to enforce a particular course of action. “I’ve probably called them six or eight times over the years, just to talk to somebody and say, ‘This is my situation,’” Terry said. “They never tell me what to do, but they will ask me plenty of thought-provoking questions that help steer me and get my thinking straight.”

If you’ve tried to report wrongdoing multiple times and been rebuffed, or if you still get a sinking feeling when you think about carrying out your boss’ directives, it might be time to seek new opportunities. “At some point in your career you might be faced with a situation where your ethical standards don’t match the company’s,” Beuerlein said. “You have to be prepared to walk away.” Chances are, things won’t ever escalate to that point. But if they do, you’ll leave knowing that you stuck to your principles when it counted most—and that other firms will line up to hire an actuary with that kind of character.