The Supreme Court Has a Longevity Problem 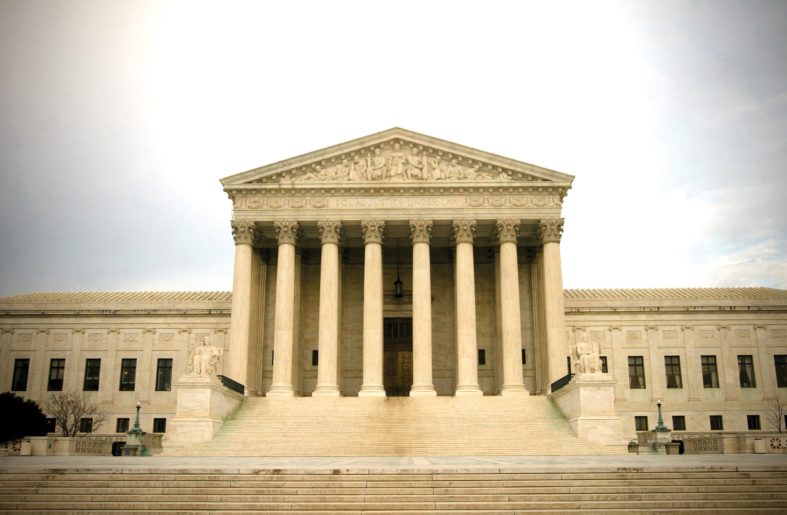 As actuaries, we are intimately aware of the societal consequences of increasing longevity—whether it’s the rising cost of past pension promises, the fear among retirees that they will outlive their resources, the struggle to care for aging parents, or the challenge for governments to fulfill economic obligations to an ever larger population of seniors.

Yet, there are a few less obvious but ultimately consequential impacts of increasing longevity that merit consideration. One developing conundrum involves the U.S. Supreme Court, where the trend of living longer can be expected to significantly reduce the number of appointments over the next 100 years, extend the average tenure, and potentially upset the balance of power among the three branches.

Unlike the political officials who occupy the highest levels of the other two branches, Supreme Court justices are not elected; the founding fathers did not want them beholden to certain constituencies. They are nominated by the president and then confirmed by the Senate. In that way, they are similar to Cabinet members and other high-ranking political appointees, who also must undergo a nomination and confirmation process. But unlike those executive-branch political appointees, whose tenures are tied to the presidential administration, Supreme Court justices are appointed for life, so as to remove the possibility of pressure from elected officials who might not like their decisions.

While elected officials face elections every two, four, or six years—while there are no term limits per se for members of Congress, the electorate has a chance to make changes when changes seem necessary—I believe the phenomenon of increasing longevity may upset our well-oiled system of checks and balances. At the very least, it will substantially reduce the opportunities for elected officials representing the governed to appoint new justices and raise the prospect of some justices staying on the bench for more than 40 years. Take, for instance, the most recent nomination of Neil Gorsuch, who is 49 and could conceivably stay on the bench to age 89 or even later.

Using a Monte Carlo simulation, actuaries can quantify the effects of longevity on a system—in this case, on the number of expected appointees to the high court over the next 100 years. Starting on Jan. 20, 2017, the first day of the new Trump administration, the Monte Carlo simulation suggests that the expected number of new judicial appointments to the Supreme Court over the next 100 years will be a mere 25, including Gorsuch or whomever is ultimately appointed to replace Antonin Scalia, who died in February 2016. This compares to 47 in the previous 100 years, 56 in the 100 years ending in 1993, and 60 in the 100 years ending in 1969. There is also a 5 percent chance that there will be only at most 23 new appointees and a 5 percent chance that there could be at least 28 new appointees.

With this low number of appointees, there is a 14 percent chance there won’t be a new justice named for over 16 years at certain points over that century. Historically, the longest span with no new appointees is 11 years.[1] Additionally, while there was only one full-term president—Jimmy Carter—who did not have the privilege of appointing a Supreme Court justice, there is a 10 percent chance during the next 100 years that a president sitting two full terms will not have that privilege.

Obviously, the reason there will be relatively few new appointees over the next 100 years boils down to longevity—judges will likely stay on the court longer. The average tenure of the justices over the next 100 years will be about 35 years versus 18.4 years for the past 100 years (excluding the sitting justices; the tenure is 18.1 if you include the sitting justices). Justice William O. Douglas, appointee of Franklin Roosevelt, served the longest, with 36 years on the bench. But he will almost certainly lose the title of longest-serving judge, given the presence of Justice Clarence Thomas, who joined the court in 1991 at the age of 43. He has a 57 percent chance of serving on the court for 45 years, if he chooses to; a 34 percent chance of making it to 50 years; and a 2 percent chance of serving over 60 years.

The lack of movement on the court will amplify the significance of every appointment moving forward and is likely to make the appointment process even more vitriolic, given what is at stake. Additionally, with the potential that some presidents may get to make multiple appointments, will they end up having an undue influence on constitutional law?

What’s the solution? Term limits have been suggested. So I modelled a simple plan in which justices would have an 18-year term limit. In the modelling, it was assumed all the current justices, plus the assumed newly appointed justice, would be given a new full 18-year term. This is a simplistic method and is used as a cautionary tale to encourage legislators to do an actuarial simulation to test out any proposal.

The results of the simulation for this term limit approach show that it is successful in ensuring more turnover of the court. On average, there would likely be 49 new appointees over the next 100 years, once again assuming a new appointee in 2017. By definition, the longest-serving justice in the future would be 18 years.

This approach would also lower the number of justices who would die in office to seven over the next 100 years. The reason is simple: There would likely be fewer old justices on the bench. The lack of randomness of the timing of new appointments may be a weakness in the system. The likelihood a president serving a full eight years without the ability to appoint a Supreme Court justice falls to 4 percent.

But a real weakness of this simplified approach to term limits is that the likelihood a president serving eight years can appoint the majority of justices jumps to 41 percent, based on a simulation that assumed all current justices would be allowed to sit another 18 years if they opted to. In the history of the republic, only five presidents—other than George Washington, who assembled the court from scratch—have been able to appoint a majority of justices on the court.[2]

But let’s change the term-limit plan and link the term limit to a judicial seat rather than the individual, with staggered terms that would have a seat coming up every four years (during the second year of a presidential term). A justice could be reappointed to his/her previous seat if the president and Senate so chose.

The simulation assumed a term-limit plan that would have the seat of chief justice come up first for reappointment in 2018 and then each other seat would come up for reappointment every four years after that. The order of the seats starting in 2022 would be 1, 2, 3, 4, 6, 8, 9, and finally 10.

Under this methodology, it is possible that terms could be very short (when a justice dies or retires with only a minimal amount of time left in the seat’s term). This should not be too big a problem, as there would be no prohibition against reappointment of the same justice in the seat.

Under this approach, there is only a 13 percent chance that a two-term president could elect a majority of Supreme Court justices. There is no chance that a president serving a full term would not have the ability to make an appointment. Because justices can serve longer than an 18-year term, there are more appointees as a result of deaths—an expected 16 justices, or 38 percent.[3] Some randomness as to when seats open up is probably healthy for the court.

The projections were calculated using a Monte Carlo simulation (10,000 trials). The mortality assumptions were based on 2012 IAM tables with the Projection Scale G2 improvement, given the justices are by definition still working and likely have access to the best medical care available.

The sex of each new justice was switched from the last new appointee.

For the simulation of term limits by seat, it was assumed that if a justice was under the age of 75 at the time his or her seat came up for reappointment, the justice would be reappointed.

I believe the impending decline in Supreme Court appointments is yet another challenge brought about by increasing longevity with which both society and our institutions must contend. While the exact consequence of having justices typically serve three or four decades on the court is unclear, it’s important to recognize its potential impact on the government’s essential system of checks and balances. Term limits may or may not be the answer, but I think it’s certainly time we start asking the questions.