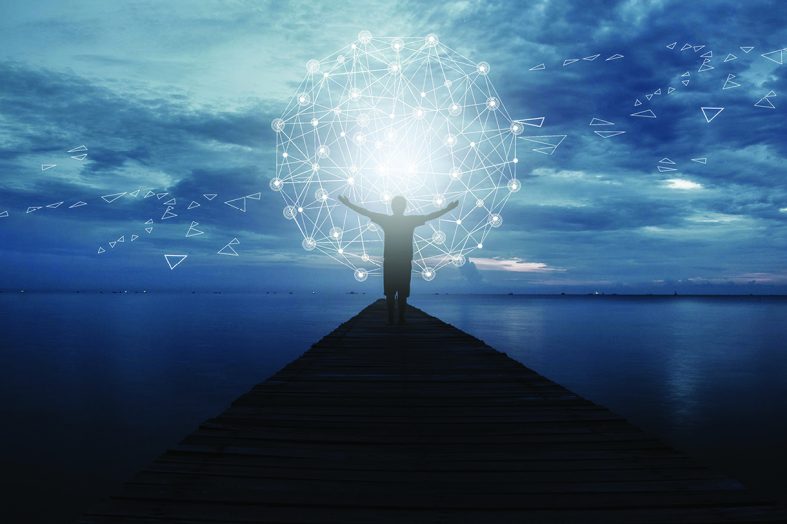 I am an actuary and I consider myself a “man of science”—substituting facts for appearances, etc.—but I also consider myself a man of God, in that I am an active member of a recognized church. I therefore have reconciled myself uneasily between the known and unknown, where there might appear to be inconsistency.

I suspect that I am not alone in that regard among readers of Contingencies.

In his 1997 book on the universe The Whole Shebang, science writer Timothy Ferris feels compelled to include what he calls a “Contrarian Theological Afterword.” There he acknowledges the unknown and the remaining space for God within science.

Ferris claims to be a “strong agnostic” (from the Greek word agnostos meaning unknowable), which he says are those who deny that God’s existence can be disproved. (He contrasts them with weak agnostics, who he says are closet atheists). For those of us who believe in God, agnosticism versus atheism is a distinction without a difference: Belief in God is religion, religion is faith—because God cannot be proven.

So, now that I have defined a polarizing dichotomy, where is an actuary to go? Could anyone suggest a new reason for renewed faith in God? Much of what was believed to be the Heavens has been explained by science in the past millennium. However, in the past century, we have wreaked destruction on ourselves, our fellow species, their respective habitats, and the climate of our planet itself. Effectively, we are screaming to the universe that “We are here!” as we light up our planet and broadcast an array of noisy signals into deep and local space.

If any beings of advanced intelligence (advanced enough to pay attention and take action) would notice, why would they not rid the universe of such an infestation? Are we any different to them than cockroaches and rats are to us? Why should they see us differently from a growing health hazard that should be quickly and easily eliminated the way we exterminate vermin before they get a foothold in our homes and neighborhoods? By the way, very intelligent scientists at NASA insist that “it isn’t a matter of if we find (or are found by) other intelligent life in the universe it’s a matter of when”.[1]

So, why is this good news for God-fearing actuaries and scientists? Every year that passes with humanity wreaking havoc on what was once a beautiful planet like a scourge of locusts bent on making it a Mars-scape, while our species is left alone to continue, suggests to me that other intelligent life is being held in check by something. That something has to be more powerful than the own best interest of advanced intelligent life and its assessment of the interest of all other life on Earth and in the universe. What else could that power be than “God”?

If you read this far and find yourself saying, “I’m not sure I buy that, but fine—so then tell me, what is God’s agenda?” My only reply is the same advice that many of us first heard in Sunday school: Read (the Bible or Koran or Torah) and contemplate in thoughtful prayer.

WES EDWARDS, MAAA, FSA, is a principal at Mercer.