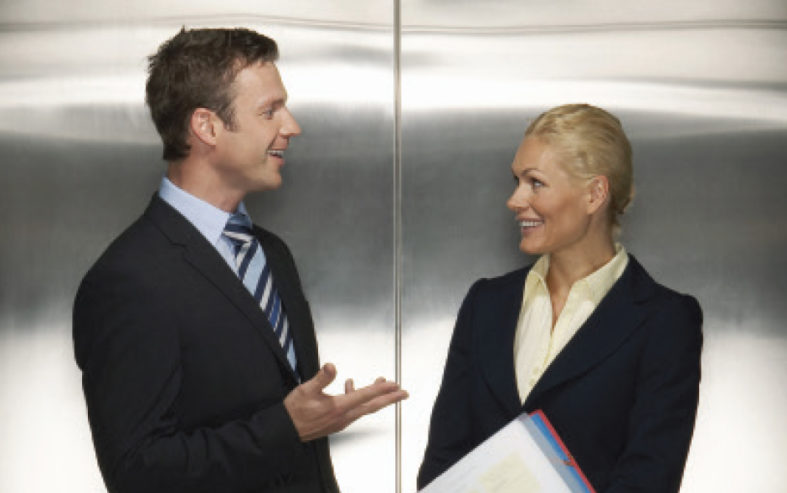 The actuarial profession certainly embodies these characteristics. However, unlike those other professions, actuaries are less well-known and can face additional challenges in communicating what they do, having their work accepted as valuable, and gaining general public acknowledgment of their benefit to society.

Second, unlike those other professions, the public rarely comes into contact with us as we do our work. We don’t tend to engage with the public, because we tend to work inside offices, often as part of a team in our organizations where the team members are already somewhat familiar with what we do. Moreover, in the public forum as individuals, we tend to avoid discussions of a political or controversial nature that have actuarial aspects. I’m not necessarily suggesting that we change this circumspect approach. In our quest for impartiality, we tend to stick to the quantitative issues in public forums and avoid partisan positions, and many consider that a good thing. Others, however, believe that in some instances staying silent impairs our visibility when we possibly should be speaking up.

Last and perhaps most important, the decisions and assumptions we make in our work tend not to have an immediate impact. Thus the effect of our work on future outcomes does not generally have an impact in the short term. This farsighted nature of the actuarial input can make it difficult for non-actuaries to relate and respond appropriately to positions we take. In premium rate determination, for example, the assumptions an actuary makes—largely focused on maximizing profit or revenue—can be challenged by others as noncompetitive, without the actuary’s being able to defend them with actual resulting financial outcomes. (Pricing actuaries have often heard the comment “How can that other company do it?”) In litigation support as expert witnesses, actuarial reports will necessarily be challenged by opposing counsel, and explaining the difference between a mere guess and a professional estimate performed according to the pertinent Actuarial Standards of Practice requires skill and experience. In the public pension defined benefit arena, the path of least resistance for the decision-makers can be to ignore the actuaries and “kick the deficit can down the road.” That could take the form of legislatures failing to appropriate sufficient contributions to the pension plans or, in more extreme cases, diverting the accumulated funds from prudent investing toward other ends.

Thus the question I see becomes “How do we overcome those visibility (and public credibility) challenges?”

Look first to our professionalism structure as a potential response to these challenges. Awareness of this structure can go a long way toward assuring members of the public that actuaries are skilled at integrating various techniques for handling financial security issues. The professionalism structure for actuaries practicing in the United States covers all members of the five U.S.-based actuarial organizations[1] and consists principally of the following structures:

In my opinion, our professionalism structure serves two purposes. The primary and obvious purpose is to help ensure that actuaries perform quality work and uphold the highest standards of integrity. Any actuary who falls short in this regard risks doing damage to the reputation of the entire profession.

In my view, the second purpose of our professionalism structure—and one not often mentioned—is to provide the public with a reason to support the perception that we perform quality work in critical financial areas and that we uphold the highest standards of integrity. “Perception” is not a four-letter word. For example, in my own actuarial consulting experience, we strove to comply with the following double maxim: “It is critical that you do a good job for the client, but it is equally important that the client perceive that you did a good job.” There is a strong analogy between the microcosm of a client’s perception of an actuarial consultant and the public image of our profession. The greater our achievement at raising the positive visibility of our profession in the public eye, the greater should be the public acceptance of our work and our conclusions over the long term.

As indicated above, the fact that we have a professionalism structure that lays out rigorous standards is a valuable influence point for the public—qualification to do the work, competent work, a high level of integrity, continuing updating of our relevant knowledge, and sanctions for those who violate this structure. This brings us to the purpose of my commentary: How do we best overcome the above-noted visibility challenges and communicate to the public about the actuarial profession and our high standards?

Much has been done in this area by the various actuarial organizations in the United States in terms of promotional literature—for example, The Actuarial Foundation’s work in schools, recruiting pieces from the Casualty Actuarial Society (CAS) and the Society of Actuaries (SOA) such as “Be an Actuary,” and the Academy’s robust public policy activity and professionalism resources. Indeed, if, in addition, actuaries were to make individual efforts at being unofficial ambassadors for our profession, that would provide a powerful person-to-person voice in enhancing the public perception. In short, each of us can consider making efforts at enhancing the public perception of our profession as the opportunities arise.

Below are a few examples of how we may be able to make efforts at the individual level to raise the public awareness that we seek, when the subject matter comes up.

A. Practice “elevator speeches”—a small sound bite, perhaps 20 or 30 words you can put together in response to a question, such as “What do you do as an actuary?” Examples are:

B. Practice clarity in describing the work you do, taking care to tailor your phrasing to the level of the audience. We deal with complex concepts, and it is worth the effort to practice expressing complex concepts simply. (For a while in my early corporate career, I reported to a senior actuary who said from time to time, “If you can’t explain it simply, you don’t understand it.” That may not always be true, but it is certainly a good aspirational concept.)

C. Positive publicity helps from time to time. Publication in the local newspaper of a presentation given by a local actuary would be a nice visibility boost.

D. Actuaries who are members of boards of directors of not-for-profit organizations can generally find ways to demonstrate their particular financial acumen in enabling their boards to be more effective.

F. There will be times when someone makes a sarcastic comment—perhaps an insult—with respect to the actuarial profession. Obviously you must choose your battles, and it’s probably wise to let minor insults go unanswered. But there can be situations when you must say something. An example of “fighting fire with fire” follows (true story):

An actuary and an accountant were on a panel in an industry public forum. They were presenting on health claim reserves to a large audience. The accountant,[2] who often made sarcastic remarks about actuaries, said during his presentation, “We need an actual number for the financial statements. But the actuaries don’t give us numbers; they always give us ranges.” (I won’t go into the ignorance displayed in that remark.) The actuary responded with, “That’s because we’d rather be approximately right than exactly wrong!”

In that exchange, a response with comparable sarcasm and some humor was much more effective than a scientific explanation would have been. Moreover, that response was geared to an industry audience that could appreciate it.

In summary, we can each do our part to get the word out about our special profession. It can be done in many ways, and I encourage you to look for opportunities to do so.

Edward Robbins, MAAA, FSA is a retired principal of KPMG, LLP. He is a past president of the Society of Actuaries.

[2] This story was not meant to disparage the accounting profession. I worked for an accounting firm for many years, and in general, the accountants I worked with were personable and intelligent; we each respected the other’s area of specialty and learned a lot from the interaction.

print
Tags CommentaryJanuary/February 2018
Next article To Tell or Not to Tell? Unpacking Precept 13
Previous article Building a Culture of Professionalism: A Resource Guide for Chief Actuaries