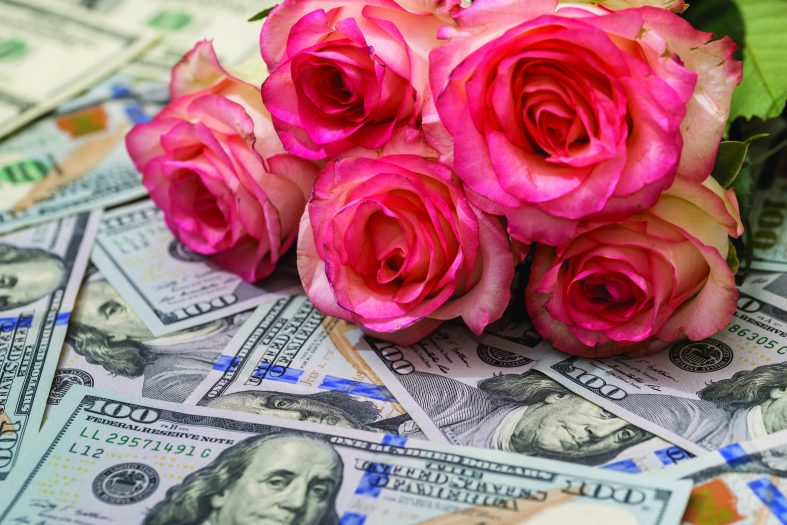 Imagine an earnings discussion where you hear one of the following explanations:1

B. We updated our mortality assumption to reflect an improving trend in experience, reducing our reserves and increasing net income $10,000.

C. We updated our mortality assumption to reflect the recent adverse claim development, increasing our reserves and reducing net income $50,000.

If you have any experience with reporting of universal life, explanation C might seem familiar, but explanations A and B probably seem more like fantasy. For A, any claim variance is subject to some level of offset from deferred acquisition costs (DAC) and maybe a reserve offset, and the offset varies from period to period. In B, the amount of adjustment for an assumption change is usually much larger than related experience variances.

The real-world experience that makes A and B seem fantasy-like and C familiar is due largely to the generally accepted accounting principles (GAAP) requirement for retrospective adjustment of universal life DAC and reserve balances.

To improve accounting for insurance contracts, the Financial Accounting Standards Board (FASB) has decided to eliminate retrospective DAC adjustments, but to require retrospective updates for traditional life and health insurance reserves. As under current universal life standards, such updates are to be applied as of the contract issue date, with a catch-up adjustment to the reserve.

Given the history of retrospective unlocking, many people are worried that applying it to traditional contract reserves will confuse users more than it will inform them. Many are also worried about the volatility it will create in net income.

Such problems, however, are to some extent self-inflicted. Good intentions and seemingly obvious applications of accounting and actuarial standards led us into common practices that created the confusing dynamics of retrospective unlocking and some of its volatility.

We could do better, making the link between actual experience and reported income more transparent and intuitive, and substantially reducing the effects of many assumption changes.3

To see how we might do better, it helps to understand why retrospective unlocking—as we’ve known it—produces its confusing and volatile results.

In this article, I describe the simple formulas that make retrospective unlocking easy to understand at the microscopic level. I then show how those same formulas make it practically impossible to understand when applied to a real insurance company. From there, it is possible to see a better way.

No matter how good our assumptions, actual experience will be different. To understand retrospective updates, we need to consider two types of deviation—a variance from expected claims and a change in projected cash flows.4

With current practice, the immediate effect on net income (ΔNet Income) of a claim variance (ΔClaims) is quite simple:

Defined in this way, “h” is always changing but the change is predictable. It starts at zero, increases slowly, and reaches 100% when the last contract terminates.

The setting of valuation assumptions is a basic but imprecise science. There will be times when actual experience trends at a different level than expected.

A change in projected cash flows can arise either as a variance from expected lapse or as an assumption change. Both will produce a change in the expected net present value of future cash flows (ΔNet Present Value). The “Net” here refers in part to the difference between disbursements (claims) and receipts (premiums). It also adjusts receipts to just the portion needed to fund liabilities. For limited pay contracts, that portion is always 100%. For other contracts, it’s a net premium ratio and is usually something less than 100%.

The immediate effect on net income of either a lapse variance or an assumption change is also quite simple:

Except for the type of change, this is the same formula (and the same “h”) as the effect of a claim variance.

In chaos theory, even simple formulas can produce unpredictable results. To see this in insurance, let’s consider a simple illustration.

In the first scenario, claims are $10,000 more than expected in the new cohort and equal to expected in the older cohort. Reported GAAP net income is $58,000 (expected $60,000 minus 20% of $10,000). The remaining $8,000 of excess claim cost is deferred through reserve release but then charged to future income in proportion to premiums.

In the second scenario, claims are $10,000 less than expected in the older cohort and equal to expected in the new cohort. Reported GAAP earnings are $68,000 (expected $60,000 plus 80% of $10,000). The remaining $2,000 of reduced claim cost is deferred through a reserve increase and then released into future income in proportion to premiums.

To the outside world, where individual cohorts are invisible, this creates an odd situation. At two different times, $10,000 variances from expected claims have very different effects on net income.

In the real world, dozens of cohorts have different values of “h” ranging from near zero to near 100% and all see random fluctuations in the amount of claims in each quarter. Reporting actual claims amounts relative to expected is easy, but turning that into a consistent explanation of net income is practically impossible.

The setting of valuation assumptions is a basic but imprecise science. There will be times when actual experience trends at a different level than expected. Emergence of such a trend can be difficult to see through random variances, but eventually the pattern becomes clear enough to support an assumption change.

Recognizing the trend, we decide it is necessary to change our assumption. Applying the new assumption increases the net present value of future costs by $200,000. That’s much higher than excess claims realized so far, but as a percent of expected premium income, it is smaller than the past excesses—the trend is bad, but it’s improving.

Recalculating the liability based on the new assumption, we incur an immediate cost of $50,000 (25% of $200,000). That’s almost enough to erase the $60,000 of SII’s expected net income for the quarter. It’s also 50 times the $1,000 average deviation from expected net income over the first five years. This would almost certainly be a disturbing report, and the magnitude of the shock would be difficult for many to understand.

The chaos of adjusting for actual claims experience and the wildly disproportionate effects of assumption changes are not unavoidable.

In its deliberations of targeted improvements, FASB considered the many concerns about retrospective unlocking but ultimately decided that principle was more important. Some board members expressed the opinion that the volatility was a characteristic of the business, not the method. The small amount of support for an alternative arose not with respect to volatility, but with the effects of retrospective true-up on the balance sheet.

Returning to SII’s assumption change, without the retrospective true-up adjustments, the valuation assumptions would have produced a reserve at the end of year five equal to $920,000. With the adjustments, however, the reported reserve was only $860,000—$60,000 less than expected—with no change in the assumption itself. In changing the assumption, we immediately increase the reserve to $910,000—almost what it would have been if we hadn’t released so much to offset the extra claims.

In short, leaving a best estimate assumption unchanged in light of actual experience trending different from expected causes the reserve to drift away from the original best estimate reserve. That drift is in the opposite direction from what one would expect by the trend. In our example, adverse experience leads to a smaller reserve. If experience were on a favorable trend, we’d be reporting higher reserves.

A key reason for FASB’s decision to replace expected experience with actual is that it wants the reserve to reflect the best available information about the ultimate performance of the business. Actual experience clearly affects that performance. Without any adjustment to the projection, however, the substitution moves the reserve itself away from the best estimate of the liability; it does not improve that estimate.

The chaos of adjusting for actual claims experience and the wildly disproportionate effects of assumption changes are not unavoidable. If actual experience variances were allowed to flow to the bottom line without offset, we might see a little more volatility in quarter-to-quarter net income. This would, however, be easily explained by the difference between actual and expected claims. Offsetting variances among cohorts would offset in net income, as well. Performance would be more transparent and intuitive.

Achieving such results requires a new approach to retrospective unlocking. The current impediment is twofold. First, GAAP requires adjusting for actual experience at least once each year. Second, it usually takes more than one year to accumulate enough experience to develop a new assumption. In practice, the actuaries look at actual experience and ask, “Is this sufficient to support a new assumption?” More often than not, the answer is, “No.”

To overcome this impediment, we could first limit reserve adjustments for actual experience to the minimum of once per year. That would allow quarterly earnings to directly reflect actual claims experience without a reserve offset. It would also allow more time to evaluate causes of the year’s variance than is practical in the normal quarterly close cycle.

During the annual assumption review, we would still ask whether there is enough evidence to support an assumption change. When that answer is “No,” however, we then ask how confident we are that the trend will not continue. If we can’t confidently say that is unlikely, then we adjust our projection so that reserve release does not defer the cost of the variance. Until experience is sufficient to support an assumption change, a simple formulaic adjustment could serve this purpose.

Allowing an adverse trend to flow directly to net income as it occurs would reduce the effect of the assumption change to a more modest $10,000. Because the trend is improving, the adjustment is also favorable. If the trend were worsening, we’d still see an adverse effect, but it would be much smaller because there would be no deferred excess claim costs to reverse.