Each grid has two entries that are too long. One entry will have its first letter sticking out, and one will have its last letter sticking out. The five-letter portion residing within the square of each six-letter word will itself be a legitimate word, but the associated clue relates to the six-letter word. As a final step, the ten letters that stick out can be anagrammed two ways, one into a two-word description of what (many) actuaries do and one into a two-word description of what (many) actuaries are. I believe these anagrams will be recognized as my most important contribution to the actuarial literature.

The clues are shown below by square, with the order left for the solver to determine. Hints are provided in the boxes below for those who need them.

There are ten proper nouns, one (in square 3) that I’d never heard of before. All 26 letters are used, and with such a tight construction, I had to loosen up a bit. There is one variant spelling in square 4 and three unusual words, one each in squares 1, 2, and 5. Unusual or not, all the entries except the proper nouns are playable in Scrabble. 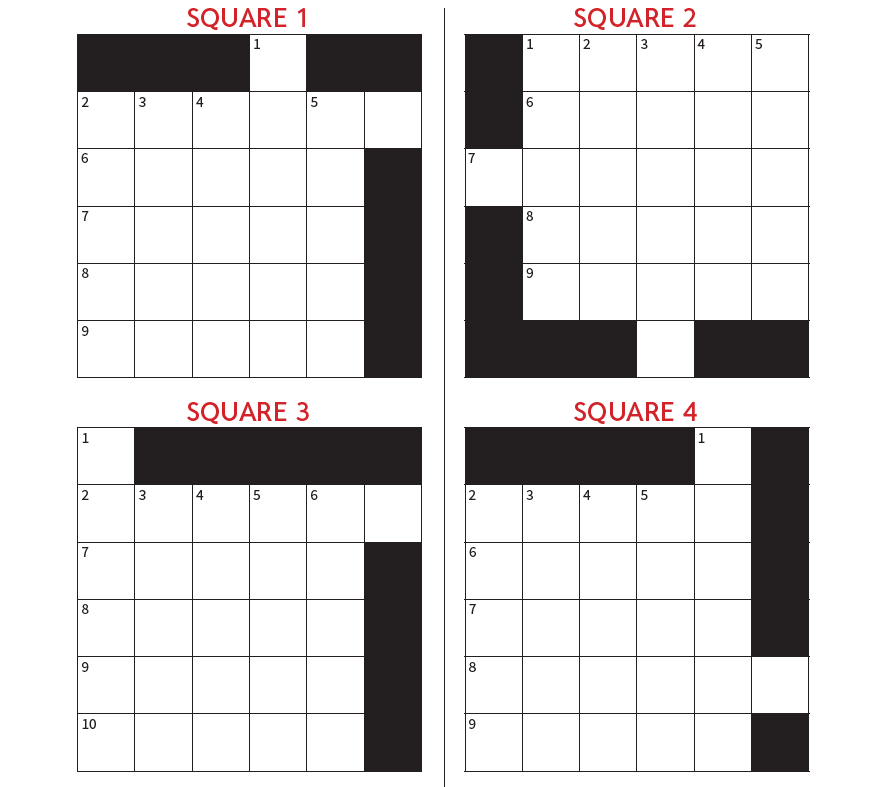 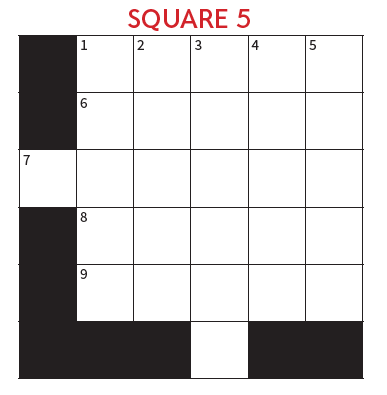 Word describing the time put into solving this puzzle: MISSPENT