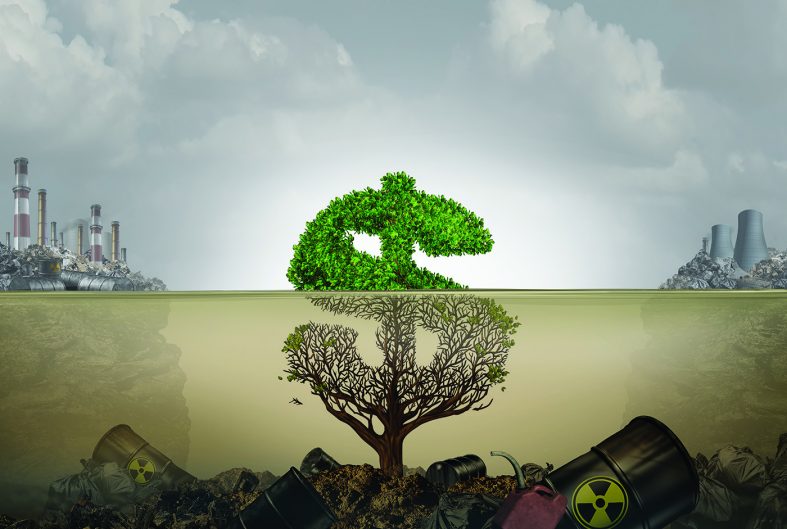 Acting as a free-rider is receiving benefits from others’ actions without contributing one’s fair share of the cost.

Take a simple example of studying for an exam. A student can benefit from studying with others, by pooling information and insights. Would it be fair to just listen to others while not contributing at all?

Climate change mitigation is particularly susceptible to free-riding: The costs are personal, local, and national, while the benefits are global, independent of where emissions arose. Damages caused by climate risk are often seen as the result of others’ actions; there is a strong incentive, where possible, to free-ride on the sacrifices of others.

A major problem is that a single person or even country can’t afford to solve every problem—there are too many of them. The extent of free-riding depends on your attitude regarding the relative importance of the costs and benefits to you, your community, society, and future generations.

But some of us don’t help at all, either because of a lack of understanding, affordability, or perception that this isn’t their problem. Most people don’t want to be forced to contribute—why shouldn’t our contributions be voluntary? But where the risks involved are sufficiently important, we need community/global agreement, especially if inaction could lead to cataclysmic consequences.

In isolation, a country’s scarce resources (especially in a less developed country or low-income household) might be better applied toward other activities rather than to climate risk mitigation. Partly this could reflect an “it will never happen to me” attitude toward its costs.

Because curbing climate change can, at least in the long term, benefit all countries, it is considered a global public good. When a country does not contribute its fair share of mitigation costs, it is taking advantage of what might be better addressed through a global social risk and resource management process. Without everyone pitching in, it becomes a tragedy of the commons.

The cost of mitigation is paid today, while the corresponding benefits emerge over a long period. The present generation benefits from ‘enjoying’ the consumption benefits of high-carbon/-methane emissions, while future generations may end up bearing the costs associated with those emissions in lower consumption or a degraded environment. But this isn’t just a market failure, because no mechanism alone can effectively fix the problem. We will have to rely on today’s good citizens, with the public being the enforcers.

But what is fair? The answer is often based on who is conducting the assessment—self-interest always being a consideration. Although those more able to pay should contribute more, it is good practice to have everyone contribute something.

What happens if the world comes up short—that is, global investment is insufficient to meet (hopefully) aggressive agreed-upon objectives? Are penalties feasible? How many gold stars can be awarded? Hopefully some groups of countries will overachieve, possibly pressured by political leaders or the people themselves.

Climate change is a distributive-­conflict problem. Climate policy may restructure an economy, creating winners and losers, especially among the most vulnerable. Coal mines suffer, while electric utilities prosper—but many of these changes are inevitable anyway. Because political leaders want to maintain the support of key stakeholders, climate policy flows from a societal negotiation process between these potential winners and losers, or a fight between climate reformers/activists and those who actively oppose decarbonization—coalitions will be needed.

Climate action has been sold as being in America’s short-term interests. Not out of a sense of global do-goodism, but because economic competitiveness is at stake. Aggressive climate policy can be pursued as a way to build international prestige and to become a role model, inducing others to forsake the free-riding model.

Free-riding can represent an advantageous short-term strategy, especially with huge pressures to address other needs. Nevertheless, the best approach is for everyone to share in and contribute to solutions, considering their abilities and resources. To adequately address global problems such as climate change, global action by all who can is desirable.

Although difficult, I will continue to attempt to minimize my free-riding. Note, however, I have yet to refuse a senior discount to a movie theater. In fact, I saw “In the Heights” last night—it was great!