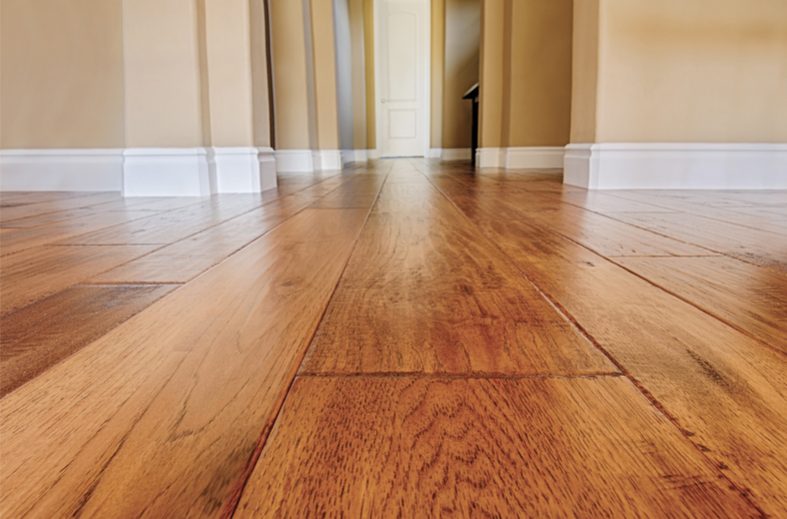 Owning a home means you’re never done with projects. (Regular readers of this column will remember the pergola morass that occupied my summer last year.) Indeed, the list is long and the budget is sometimes short, but we always seem to have something or other underway.

This year was a big one—we aimed to renovate the three upstairs bedrooms. I’m talking a complete gut job: new walls, refinished floors, new windows, new fixtures … but then also new furniture for the kids’ rooms when all was said and done. It was a “Welcome to middle school” gift to my older son (Wally was along for the ride). We had the budget and the timeline worked out, and everything would work out perfectly for a September 30 completion date so long as nothing went sideways.

So of course the world promptly skidded 90 degrees.

A renovation project happens in stages, and you can’t commence one stage until the prior steps are wrapped up. That makes sense in the abstract, but it’s frustrating when it means that a delay in your windows—the first domino that has to fall—sets everything back by six weeks. There goes September 30. Looking at the calendar and counting the days, now we were shooting for Thanksgiving…

The windows came in and were installed without a hitch. Trouble is, our prime contractor was busy on another job, so the walls—the next domino—couldn’t come down immediately after. “Just a couple of days,” he said, and he was true to his word … but those days were piling up, and the vagaries of holiday scheduling meant that we wouldn’t be done by Thanksgiving. No hosting for us this year (more’s the pity).

After the walls were done and painted, and the new light fixtures installed, the floors were the final domino that had to fall. I sold a bunch of the kids’ furniture online, we moved the kids’ mattresses downstairs, and we relocated the master bedroom furniture into the living room (also known as my home office). The kids were thrilled; as a sweetener for this temporary arrangement, they were allowed to watch a bit of television before bed.

The three days of actual work on the floors turned into a week and a half of sleeping in hotels and finally at my very understanding in-laws’ house. You see, we underestimated the intensity of the polyurethane varnish fumes—the smell was too much to bear. So even after the work was done and we were officially allowed to “move back in,” we weren’t able to. The days kept adding up … and now so did the added cost of hotel nights and meals out.

Readers, it’s December 14 as I write this missive. I’m hopeful that tonight we’ll all be able to sleep in our rooms for the very first time.

All these delays and additional costs haven’t been for naught, though—the place looks great, and we’ll look back at this period as a temporary blip in time. At the moment, though, it’s been a lot of counting days and counting dollars.

On to this issue’s features, which all feature variations on the counting theme in one way or another.

In our cover story for this issue, “How to Count,” we look at the death toll from COVID-19. The headline number from the novel coronavirus is dire enough, but what about those excess deaths over the past three years that don’t list COVID-19 on the death certificate: How many of them can be ascribed to the effects of the pandemic?

Our second feature also leans on tabulation—this time of the dietary variety. “Eat Your Numbers—A Second Helping” takes a seat at the dinner table, offering a heaping portion of numeric knowledge that anyone can apply to their gastronomic pursuits.

We’re not done with the calculations just yet. In “Doing the Math,” author Steve M. Niu—chief actuary with the U.S. Office of Personnel Management—looks at the federal retirement system, comparing the “new” system (implemented in the 1980s) to the old defined benefit plan. If a retiree’s goal is financial stability, how do they stack up?

Thank you, as ever, for reading. If you need me, I’ll be sliding around on my new hardwood floors on my socks.