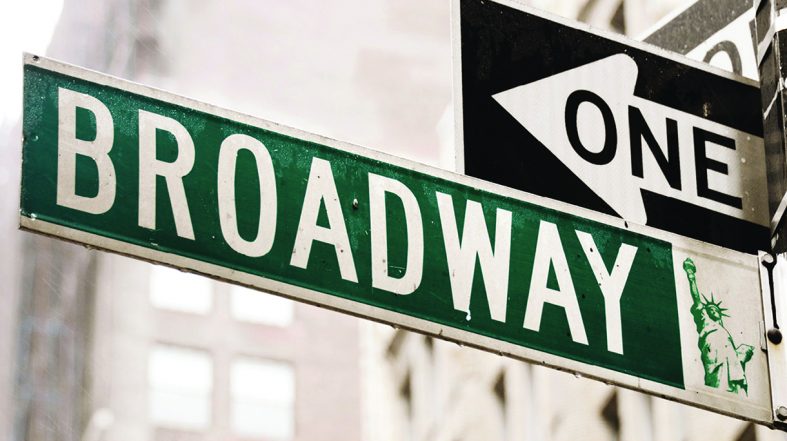 Lots of people ask me what I think about running, trying to figure out how I keep focused during a long run on the mean streets of Columbia. Everyone has different tips and tricks to stay motivated, but one of the most popular ones is to look at the street numbers of whatever boulevard you train on. You don’t need to check your watch to know how much farther you have left to run when the street numbers tell you all you need to know.

One of the more popular running routes here in town is to run on Broadway. Especially now when the trail is icy and slushy, Broadway provides a great change of pace. Plus, the scenery always changes, from downtown, to residential, to going through a college, to strip malls, to rural—one can see it all on a very short run.

The locals here run on Broadway so much that we literally know every inch of the street. This became apparent today in our running club, when my friend Doc did something a little clever. Doc is coming back from injury and couldn’t run as far as the rest of his teammates, as he still is in the process of getting acclimated to hitting the roads again. At the same time, Doc wanted to feel like part of the team, and to obtain that positive feeling of successfully completing a challenging workout.

One of the unique properties of Broadway is that if you look closely, you will notice that every street number gets used. Starting with the number 1, and going until who knows when, one can learn how to count by running up Broadway. Not a single integer is missing! A few years ago, a fellow runner named The Prof showed off his mathematical chops by adding up every address number he saw on our run, something not easy to do while pounding out the miles. I forgot what the sum was, but apparently Doc did not….

After the run, I told this story to my non-running friend Big T, and somehow, without telling Big T where we started, he knew exactly where we started on Broadway, and exactly where Doc turned around. Still exhausted from the run, I had no idea how Big T knew the secret location of our meetup point, nor how he figured out how far Doc ran. But maybe my puzzle solving friends can help figure out how big T discovered this secret!

Question 1: Assuming our meetup point is a three-digit number, where on Broadway did our run begin, and where did Doc turn around?

Question 2: Assuming there is equal distance between each address, in percentage terms how much farther did the group run compared to Doc on today’s run?

In order to make the solver list, your solutions must be received by April 1, 2022.

Let’s call Problem 1 the 4-block problem. (One solver used cards and another preferred mahjong tiles, but we will stick to blocks.)

Solution: Most solvers used a “brute force” case-by-case analysis. One solver prepared a general “brute force” program and told me that “my algorithm returns an empty set for [n=5], conclude there are no solutions.” I would not normally accept such a result without seeing some of the program, but since it produced exactly all the answers to Problem 4, I did accept it.

Problems 3 and 4. Exhibit at least two solutions to the 7-block problem that are not reverses of each other.

Answers. Four solvers used their computers to tell me that there are 26 pairs of solutions to the 7-block problem. We are not going to list them all. There are 2,600 (52×50) different possible ordered pairs of answers to these two problems for the remaining 11 solvers. Two solvers submitted the exact same ordered pairs. How likely is that?

These are sometimes called Langford sequences. For more information and references see A014552 at OEIS, the Online Encyclopedia of Integer Sequences.