The Power of Story—Key to Successful Communication 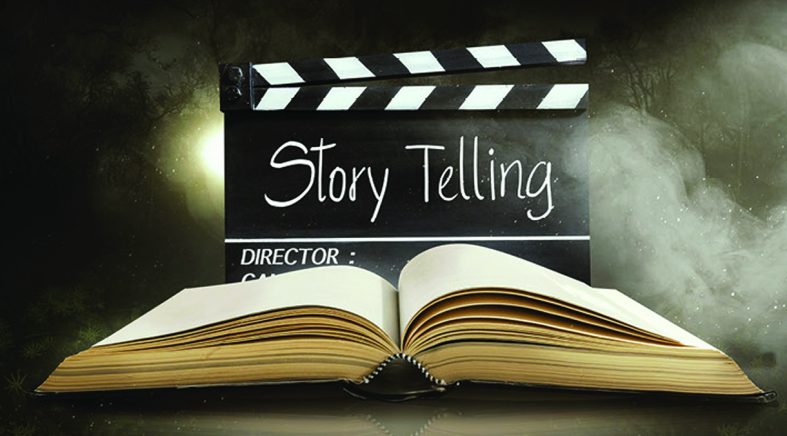 “God made man because he loves stories”

Two weeks ago, I streamed 25 movies from the Sundance Film Festival. I have a place in Park City, Utah, so I usually attend in person—but this was an all-virtual year. So, I saw them from the convenience and warmth of my family room in Illinois instead. Why am I so entranced by independent films? In short—because of their stories.

My big takeaway from attending this film festival many times has been the importance and relevance of the stories its movies tell, as well as how they are told. In general, this is true of a movie, novel, or even an actuarial presentation. Robert Redford, the founder of the film festival, calls it the power of story, which I believe is the most effective way of communicating, whether to keep my interest going or getting me energized about the issue(s) involved. Without a story—that is, a clear message or objective—a presentation may not only be unconvincing, but it might just be boring.

A key element in storytelling (or communicating) is to make an issue personal so the observer can relate and get involved with it. An important element of a story is its perspective. Consider Akira Kurosawa’s masterpiece Rashomon, which presents a crime scene from the perspective of three eyewitnesses. Each of their stories leads to a quite different conclusion regarding its facts.

Actuaries are often involved in issues for which three perspectives are possible: the individual affected; society as a whole; as well as the involved community, company, or family. Although some of these views might be similar, others could be diametrically opposite.

An example is the COVID-19 vaccines. For society as a whole, they are overwhelmingly beneficial. Yet adverse health consequences of the mRNA vaccines do arise one time in 100,000. For my niece who found herself with a serious case of peritonitis after getting the shot, taking a vaccine was quite costly.

I mostly watch Sundance documentaries, although many of its dramatic films are based on real events or deal with today’s important issues/events. Ones I saw this year covered a wide range of topics. They included a story about the creation of fake storefronts in a fake town where the military trained to handle the riots of the 1970s (Riotsville USA), about a group of Chicago women involved in providing 11,000 illegal abortions prior to Roe v. Wade (Call Jane and The Janes), and about a halfway house in eastern Ukraine for children with no guardians or unfit parents because of the 2014 war with Russia (A House Made of Splinters).

A story, through its relevance and clarity, can move the general to the specific, facilitating enhanced insight and possibly resulting in constructive action.

A common communication problem can arise when people bring different perspectives in preparing or listening to a story—particularly evident in many current political (non)discussions in which diametrically opposite conclusions are reached. Tensions arise solely based on taking alternative viewpoints, like Rashomon, even with respect to the same set of facts.

One approach to our uber-politicized society is for everyone to listen to the stories underlying “other’s” position. If you don’t listen, effective communication is impossible—but when both sides listen, a dialogue can occur. Try to identify the underlying view and communicate the differences.

Another common actuarial issue regards the U.S. Social Security system, especially when focusing on its trust fund ($2.9 trillion of government bonds as assets). If one’s objective is to assess the sustainability of the program, then the trust fund is an appropriate base to start from. If it is to assess the effect of the program on the economy, then the historically developed trust fund is not relevant. In contrast, the value to an individual is the value of their future benefits. The viewpoint and underlying story are important.

Although the films usually don’t directly relate to actuarial science, the stories told, the issues raised, the processes followed, and possible consequences can inform and force the viewers to think hard about the issues and how they relate to their own stories.