A Disorder by Any Other Name 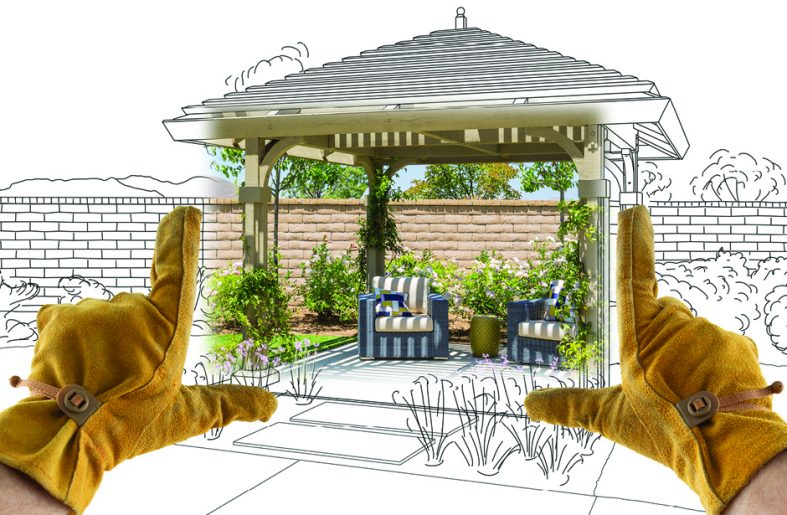 Friends, I have an affliction. It rears its head only rarely, but flareups can be sudden, severe, and long-lasting.

PBAS is the condition that a friend diagnosed me with when I told him I had a home project on the horizon that would require the purchase of some new tools. Sure, I already had a drill … but a better drill would make this project go so much more smoothly. (OK, I probably didn’t need the whole set of cordless tools, but that’s neither here nor there.)

Which brings us to my latest flare­up of PBAS. Last autumn, I noticed a small rotting beam in our pergola out back. That wouldn’t do. Now, I could just replace that support … or I could replace the whole pergola—which would require the purchase of new power tools!

See, I had to take down the old pergola, which is most easily done with a reciprocating saw. Sure, my very helpful father-in-law would be all too happy to lend me his … but where’s the fun in that? So I bought the cordless model to match the aforementioned and -purchased set, and got to demolition. (I also simply had to have a 36-inch crowbar for the occasion.)

Now we come to pergola construction. Anyone who’s tried to cut a 4×4 with a 10-inch miter saw will tell you—it leaves a small bit of material that needs to be taken off one way or another. And I have eight 4×4s to cut … I could feel my PBAS flaring up. A bit of shopping for a 12-inch saw at my local home improvement superstore was all that was needed to alleviate my symptoms, though. (That and a stand. You have to have a stand for a new miter saw.)

Now I’m ready to build a structure that will stand the test of time. PBAS may be incurable, but it does have some nice side effects.

This issue’s features touch on infrastructure—the roads, waterways, and airways—that this country is made of.

In “Our Nation’s Neglected Infrastructure, Part II,” author Anna Denecke of the American Society of Civil Engineers takes a keen look at the bones of this nation. Many readers will remember Part I from back in 2015—how have things changed since then? This piece answers the question and lays out a path forward toward a stable, sustainable future.

“What’s in Your Airspace?” casts an eye toward the skies. Well beyond traditional airliner travel and recreational drone flights, this feature lays out what the future might look like—indeed, what the present already is.

And be sure to read Academy President Tom Campbell’s message. His missive discusses the professionalism infrastructure the Academy built and maintains on behalf of the actuarial profession.

My weekend plans are chock-full of pergola construction. Boy, I sure hope I don’t run into a snag that sets off my PBAS. I’d hate to have to buy a new toy … I mean tool.