To Tell or Not to Tell? Unpacking Precept 13 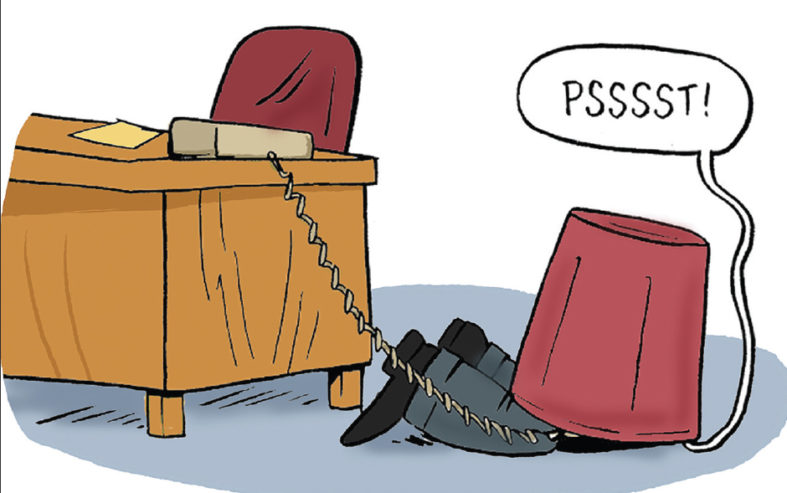 “Violations of the Code of Professional Conduct—Precept 13. An Actuary with knowledge of an apparent, unresolved, material violation of the Code by another Actuary should consider discussing the situation with the other Actuary and attempt to resolve the apparent violation. If such discussion is not attempted or is not successful, the Actuary shall disclose such violation to the appropriate counseling and discipline body of the profession, except where the disclosure would be contrary to Law or would divulge Confidential Information.”

When I first read Precept 13, I was astonished that there was a requirement for me to report another actuary to the Actuarial Board for Counseling and Discipline (ABCD) for his or her mistake. Worse, if I didn’t report the actuary, another actuary might report me for not reporting the first actuary.

The concept behind Precept 13 is we all have a responsibility to our profession to adhere to the Code of Professional Conduct and to the actuarial standards of practice (ASOPs) and that sometimes one actuary should report another to the ABCD.

Precept 13 directs the actuary to consider an action. Under Section 2.1.a of ASOP No. 1, Introductory Actuarial Standard of Practice, “… the phrase ‘should consider’ is often used to suggest potential courses of action. If, after consideration, in the actuary’s professional judgment an action is not appropriate, the action is not required and failure to take this action is not a deviation from the guidance in the standard.”

“Should consider,” then, means a potential action for the actuary. If the actuary decides not to take any action, then a note included in the file that documents the actuary’s deliberations is advisable. Precept 13 is providing the actuary with a framework to determine the appropriate action to be taken.

Precept 9 states: “An Actuary shall not disclose to another party any Confidential Information unless authorized to do so by the Principal or required to do so by Law.” If an actuary decides to file a complaint with the ABCD, he or she should make certain that the information enclosed with the complaint was not intended by the principal to be confidential. If the actuary is uncertain whether particular information is confidential, it would normally be prudent for the actuary to ask the principal before disclosing the information to the ABCD. In the examples below, we will assume the principal has not precluded disclosure to the ABCD.

Can an error in the past be resolved? Sometimes, disclosure of the problem is enough. Disclosure may help to explain subsequent calculations. For other situations, revisions in the work product may be required. In other cases, an error cannot be resolved. For better or worse, the actuary has to decide whether a situation can be resolved.

“An item or a combination of related items is material if its omission or misstatement could influence a decision of an intended user. When evaluating materiality, the actuary should consider the purposes of the actuary’s work and how the actuary anticipates it will be used by intended users. The actuary should evaluate materiality of the various aspects of the task using professional judgment and any applicable law (statutes, regulations, and other legally binding authority), standard, or guideline. In some circumstances, materiality will be determined by an external user, such as an auditor, based on information not known to the actuary. The guidance in ASOPs need not be applied to immaterial items.”

Annotation 13-1 of Precept 13 has a similar definition of materiality.

So what does Precept 13 really require us to do? Some examples may help us decide what is required. The following examples are based on this case study:

Scenario 1: After reviewing Kevin’s work, Helen identifies disparities in the changes in the plan design versus the changes that were implemented. Kevin shows Helen the specifications the trustees provided him. The actual changes were different from the ones the trustees communicated to Kevin.

Kevin did his job based on the information he was provided. It sounds like Helen can place a note to file that the trustees did not communicate well with the actuary and that Kevin’s work was consistent with his understanding of the engagement.

Did Kevin communicate well with the trustees? Was he clear that the 4 percent was only an estimate? ASOP No. 41, Actuarial Communications, requires the actuary to take steps to ensure that the actuarial communications are clear and use appropriate language. Helen might review Kevin’s actuarial report to see whether it complied with this requirement and the trustees were given enough information to understand the basis for Kevin’s estimate. If the report was inadequate, Helen might consider discussing the communications with the trustees as well as with Kevin. If there were material failures in complying with ASOP No. 41, Helen might consider submitting a complaint to the ABCD.

Scenario 2: Helen reviews Kevin’s work and discovers errors. Helen confers with Kevin and he agrees. Kevin should have reported an increase of 6 percent, not 4 percent.

Kevin asks Helen how this can be resolved. If Helen felt the error was material, then Helen might ask Kevin to submit revised calculations. If Kevin revises his report, then Helen may consider the issue is resolved. Alternatively, Helen might consider the error not to be material. She could submit her report and explain the errors to the trustees. No further action would be necessary.

Helen determines that if Kevin had followed the ASOPs, his work would have shown an increase of 6 percent. The trustees’ decision might have been the same, but we will never know this. Was this an error? Likely, it is not an error; however, did Kevin exercise professional integrity in his work? By choosing assumptions and methods based on the desired outcome and not on what was required by the ASOPs, Kevin might have a problem with Precepts 1 and 3. Helen now has to consider how to proceed with this information. Can Helen and Kevin resolve the issue? This situation is quite different than the first scenario. Our principals rely on actuaries to be unbiased. Kevin was not unbiased. Even if Helen considers the difference between 4 percent and 6 percent not to be material, then she should not let Kevin off the hook. By reporting Kevin to the ABCD, he may learn how to be a professional.

Kevin may be preventing Helen from completing her assignment. Also, Kevin may be in violation of Precept 10, which deals with courtesy and cooperation with other actuaries. By not responding, Kevin has precluded any resolution to the issues. Precept 13 now requires Helen to report Kevin to the ABCD. Helen should not consider the issue to be immaterial. Kevin’s results may be the result of several material errors offsetting one another. Helen should think about what is best for the profession. As in Scenario 3, Kevin may be violating several precepts. Without any information, I would hope Helen would feel the appropriate course of action is to submit a complaint to the ABCD.

Scenario 5: Helen reviews Kevin’s work. After discussing the disparity between 4 percent and 6 percent, Helen and Kevin agree the 4 percent estimate was based on reasonable methods and assumptions. However, the actual experience did not follow the models, so the increase turned out to be 6 percent.

In this case, Helen can report to the trustees that the estimate was correct but unfortunately experience was significantly different than the models. It is unfortunate that the actual experience did not follow the model; however, as long as Kevin followed the ASOPs, Helen should not file a complaint with the ABCD.

In the five scenarios, Helen is the one who makes the decision on whether the issues are material, whether there is resolution, and whether she should submit a complaint to the ABCD. These are difficult decisions—and rightly so.

May Helen ask the ABCD for help? Of course! Helen may submit a request for guidance (RFG) to the ABCD. RFGs are a conversation between an actuary and a member of the ABCD. The RFG is not an official determination by the ABCD. These conversations are kept confidential within the ABCD. Helen may have a conversation with an ABCD member. The member will likely refer Helen to the Code and to the ASOPs and discuss courses of action Helen might consider. Ultimately, it will be Helen’s decision on how to proceed.

RICK BLOCK, MAAA, FSPA, ASA, EA, is the chairperson of the Actuarial Board for Counseling and Discipline.