The coming long-term care (LTC) crisis has been well documented. More and more Baby Boomers are turning 65 every day and the need for financial protection from an LTC event continues to grow. In our opinion, the good news is that today’s market offers a growing number of insurance solutions to meet the need.

While stand-alone LTC insurance has had its problems and has been in decline for many years, combination products that combine LTC coverage with either life insurance or an annuity are on the increase. Each solution to addressing LTC coverage needs has its own unique advantages and disadvantages. The array of options allows consumers to align the most appropriate insurance product to their unique needs.

At the same time, with the challenging economic climate for life insurers in the United States, more and more companies are seeking ways to enhance their life insurance offerings. One particular approach is through offering various forms of living benefits that are provided by the acceleration of life insurance death benefits under certain situations involving a chronic illness. Some of these plans include LTC accelerated death benefit (ADB) riders designed to comply with LTC insurance regulations. If designed properly, all of these amounts may be tax-free insurance benefits as described under the Internal Revenue Code (IRC) Section 7702(B).

Under these plans, some or all of the death benefit of the underlying base plan may be paid on a monthly basis to an insured when an LTC event occurs. Because these amounts come out of the base plan values (both the death benefits and cash value), the cost of the LTC coverage is reduced significantly. This also creates more alignment of interests between the insurance company and insureds, as the first layer of coverage requires accessing the client’s own assets (life insurance face amounts and cash values). Additionally, there are several offsetting risks to the insurance company between the base plan and riders under many combination products. For example, under many designs, higher mortality hurts life base plan profits but helps LTC rider profits.

Another product category builds on these designs, and continues the payment of monthly LTC insurance benefits after the entire death benefit has been accelerated, via an “Extension of Benefits” or EOB rider. These riders may result in total payments of two or three times the face amount. These “linked benefit plans” may also provide an inflation rider that increases both monthly maximum payouts and lifetime maximum payouts at a specified rate of increase each year, such as 3 percent.

One other category of products in this space is life policies that offer “chronic illness” ADB riders. These riders may have chronic illness triggers that are identical to LTC ADB riders, but they are governed under different regulations. IRC Section 101(g) defines their tax treatment as life insurance benefits that are tax-free within certain limits. These plans do not typically include many of the usual elements of LTC products; for example, they cannot provide benefits in excess of the underlying life face amount, and they do not include inflation protection. As a result, regulations specify that these chronic illness riders cannot be marketed as LTC insurance. Nonetheless, they have become quite popular in the market in the last several years.

National Association of Insurance Commissioners (NAIC) Model Regulation 620, which sets standards for chronic illness riders, prohibits restrictions on the use of proceeds. Thus, the administrative requirements of managing claims are reduced for chronic illness riders versus LTC riders that use an expense reimbursement structure, which caps benefits at LTC expense levels. The requirement of no restriction on use of proceeds means that benefits are locked in at predefined indemnity levels such as 2 percent of the face amount per month, regardless of the cost of LTC services. Further, if the benefit trigger requirement is met, most or all care can in some cases be provided by friends or family members, leading to insurance benefits well in excess of LTC expenses, which increases the costs over LTC riders that use expense reimbursement structures.

Finally, another variation of combination coverage is deferred annuities coupled with an LTC rider. These products typically first accelerate account values without the imposition of surrender charges for an LTC event, payable on a monthly basis, and then continue payouts for specified periods of time after account values are depleted. This may result in benefits that double or triple the account value under some plans.

With that backdrop, it has been interesting to observe the growth of these “combination products” that couple life insurance or annuities with living benefits for LTC or chronic illness. Conning reports the total lives in-force on these plans at 1.4 million. New policy sales, which were primarily structured on a single premium basis 10 years ago, were about $500 million across the industry at that time. Figure 1 shows the sales trends from 2012 to 2016 as reported by LIMRA. For all combination products, 2016 sales were over $4 billion.

In order to gain some insight into what is driving sales of these products, we conducted interviews with six successful producers working in the LTC insurance field for their views on what combination plan features appeal to clients and drive sales. The discussions centered on linked benefit products, as these distributors were focused on ways to address the LTC insurance needs of consumers beyond plans that cap LTC benefits at life face amount levels. A number of recurring themes from most of these distributors were heard, such as: 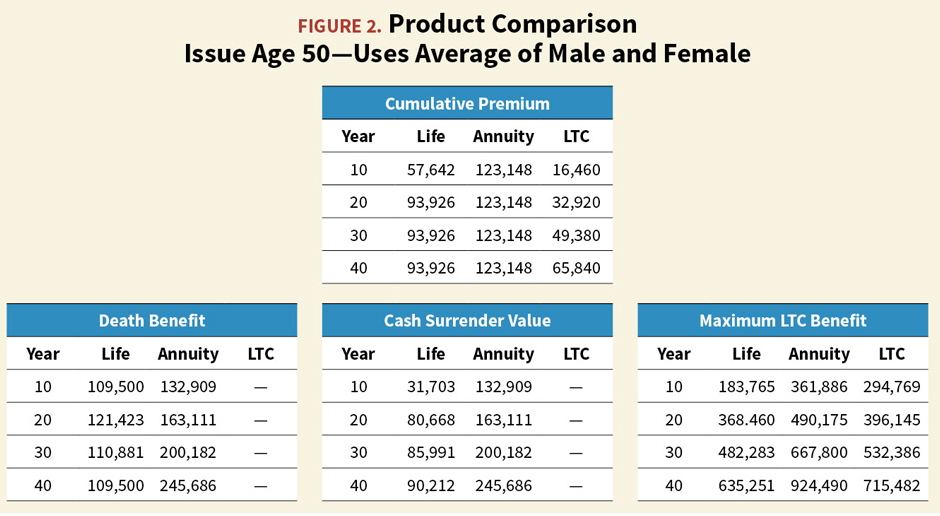 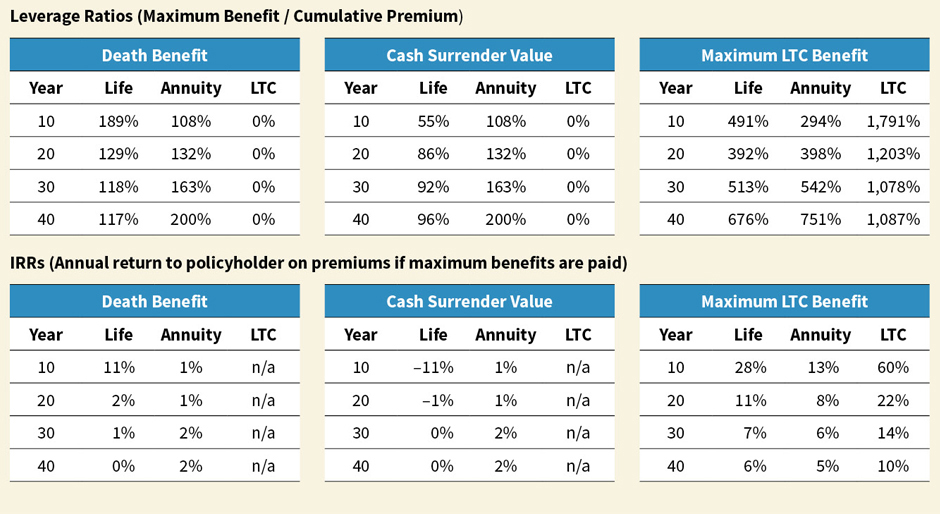 There are now many different insurance options for consumers to meet their LTC insurance needs. It can be very difficult for average consumers to determine exactly which solution is right for them. We heard the same frustration from the producers we interviewed as well. Comparing similar products, such as stand-alone LTC from two different companies, is complicated in and of itself. It can be difficult to align risk classes from one company to the next, as well as matching up policy benefits. Comparisons become even harder when trying to compare stand-alone LTC insurance to combination life and annuity contracts.

Figures 2 and 3 compare coverage under combination life insurance plans, combination annuity plans, and stand-alone LTC insurance for issue ages 50 and 65, respectively. The values come from an average of several life and annuity combination plan illustrations and average premiums for several companies selling stand-alone LTC insurance. In order to get as close of a comparison as possible, we tried to align the LTC benefits across plans. We targeted four years of LTC coverage at $4,500 a month with 3 percent compound inflation protection. The combination life contracts used were based on a two-year base acceleration and two years of extension of benefits. Also, the combination life contracts reflect a mix of reimbursement styles, with some products reimbursing actual LTC expenses while others pay out fixed cash benefits once chronic illness triggers have been met. The annuity designs also have an extension of benefits provision, but the account value grows at the credited rate. Not all companies offered those exact benefits. For example, on some combination plans, the inflation benefit only applies during the extension of benefit period, resulting in lower total LTC benefits over time.

Stand-alone LTC plans are currently written on a sex-distinct basis, while there are a variety of practices under combination plans. The comparisons removed the effects of these differences here by using an average of male and female rates and values.

In our discussions with producers, several mentioned the importance of the level of maximum benefits compared to the cumulative premium paid into the policy at various points in time. This information, referred to as the leverage ratio, is shown for a number of policy durations for scenarios involving a maximum LTC benefit payout, a payout of the full death benefit of the policy (with no prior LTC claim), or a payout of the surrender value of the policy with no prior LTC event.

Although the leverage ratios are interesting, they ignore the effects of the different timing of premium payments among the various plans. One useful measure that overcomes that shortcoming is to calculate the internal rate of return (IRR) that the policyholder would realize on the premium if maximum benefits are paid out. As noted earlier, many combination plan illustrations provide the IRR on premium that would be realized if maximum LTC benefits are paid. Similar calculations can be performed if the only benefits payable are death benefits or surrender benefits.

In reality, there are many other scenarios that involve payouts of portions of maximum LTC benefits, with potentially subsequent payouts of reduced death benefits or surrender values. The overall “actuarial value” of these policies could be calculated reflecting a weighted average of all of these scenarios, but that is beyond the scope of this article. Further, the importance of many insurance coverages is not how much they pay on average, but rather the degree to which they provide coverage against a catastrophic event.

As expected, stand-alone LTC policies generally provide the highest leverage ratios and IRRs on maximum LTC benefits, because they do not provide surrender benefits or death benefits, in contrast to the combination products. The annuity combination plans actually show higher leverage ratios than for stand-alone LTC plans for issue age 65 in the very high attained ages, but that fails to account for the difference in premium patterns between these products, as the combination annuity plans require a substantial upfront premium compared to the level premium structure of stand-alone LTC.

When comparing life versus annuity combination plans, there are several items we thought worth noting:

The key takeaways from the comparison are as follows:

All the theory in the world won’t help if the products aren’t meeting the needs of all involved—industry and consumer alike. So what does the actual experience show us about this nascent niche market? 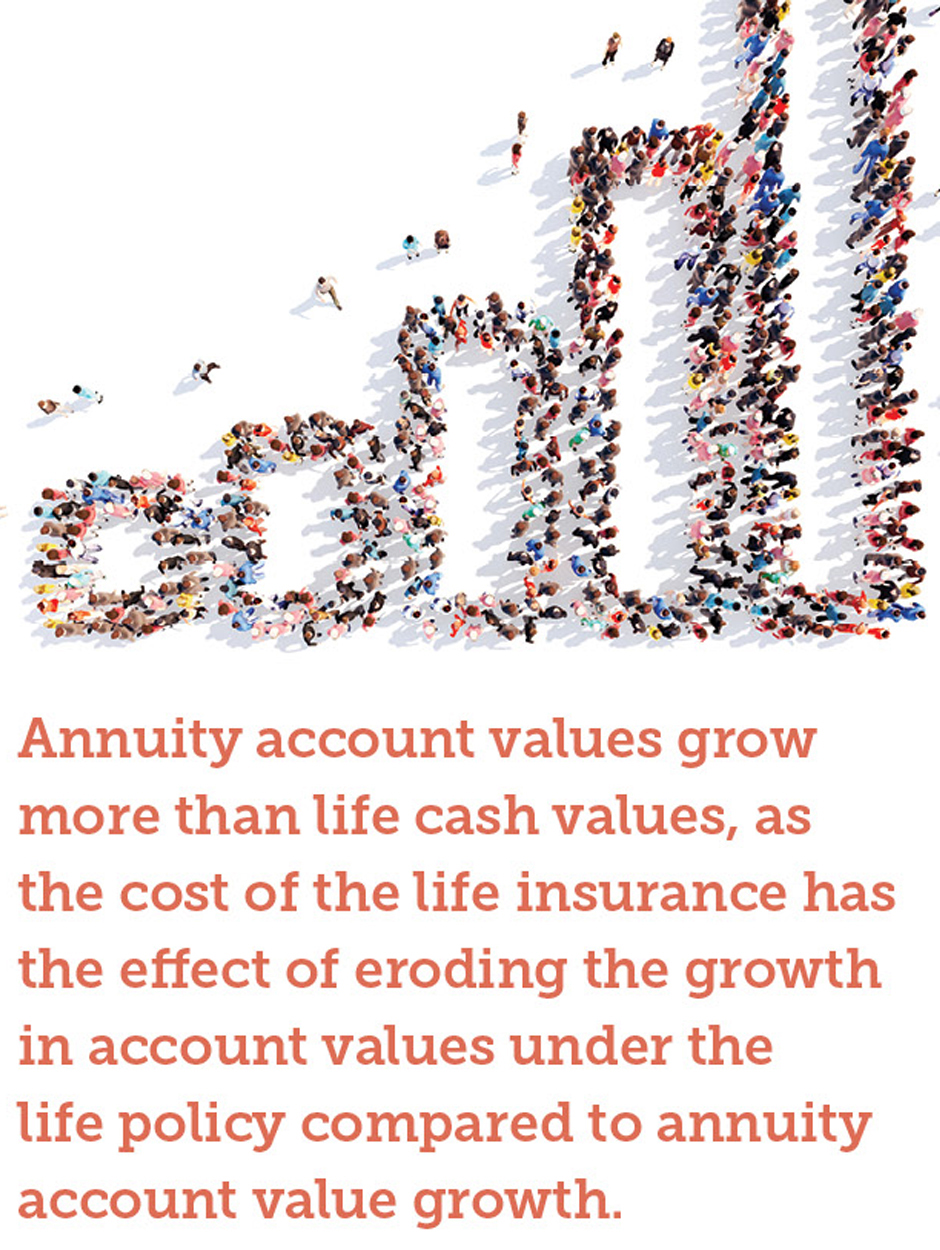 In June 2017, 11 companies participated in a study[1] on experience of combination products that incorporate life or annuity with long-term care (LTC) or chronic illness (CI) riders. The primary focus of the study was on incidence rates, lapse/surrender rates, and mortality rates. The study includes data from 10 companies using life insurance-based plans and one using an annuity chassis.

The study generally included data through the end of 2016, with the vast majority of experience from 2010 to 2016. Policies with LTC ADB riders and no EOB riders comprised about 60 percent of the exposures, policies with CI ADB riders represented about 25 percent (none of which used the discounted death benefit approach), and the rest of the policies included both ADB and EOB LTC riders. All the policies in the study accelerated the death benefit on a dollar-for-dollar basis.

The following are the key findings and observations:

To date, early experience on combination plans is very positive. It will be important to monitor emerging developments on this front in the upcoming years.

The options available to consumers to address LTC needs are growing. A comparison of the options necessitates analysis of many different facets of these diverse approaches. Producers are homing in on what is important to their clients, and it is clear it is not a one-size-fits-all environment. As a result, combination product sales continue to increase.

Early experience on these products is positive from an industry perspective. Further, companies are recognizing that there are some important pricing synergies in combination products that limit the risks compared to stand-alone LTC insurance. 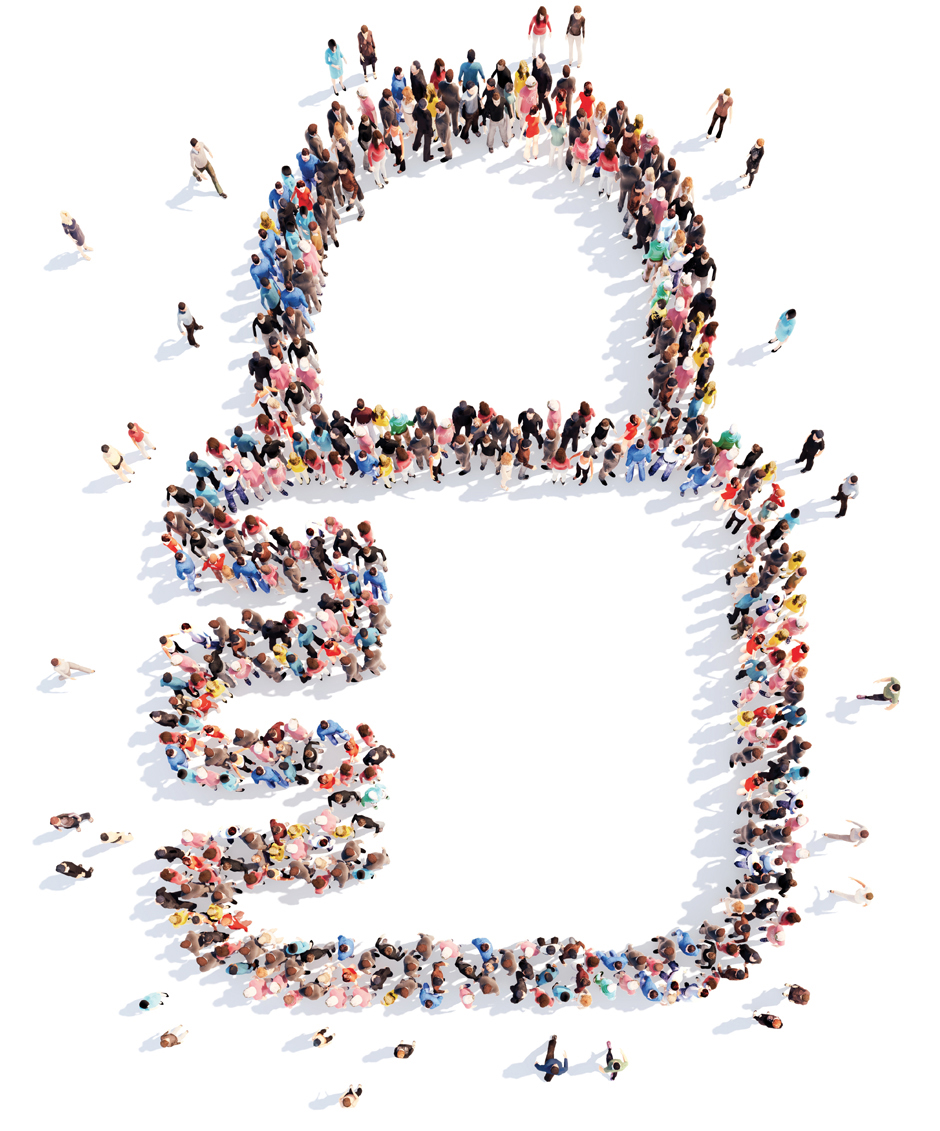 It is expected that LTC insurance products and markets will continue to evolve to help address the LTC insurance needs of consumers. An expanded menu of products, with more premium payment options, can enhance the growth opportunities for combination plans. Higher interest rates would further enhance sales, in particular for annuity combination plans, and in general for 1035 exchanges. In summary, the outlook appears to be very positive for these LTC solutions.

print
Tags May/June 2019
Next article Applying Predictive Analytics for Insurance Assumptions-Setting—When, Why … and Why Not
Previous article Drilling Down on Drug Prices—An actuary’s perspective on the pharmaceutical development pipeline