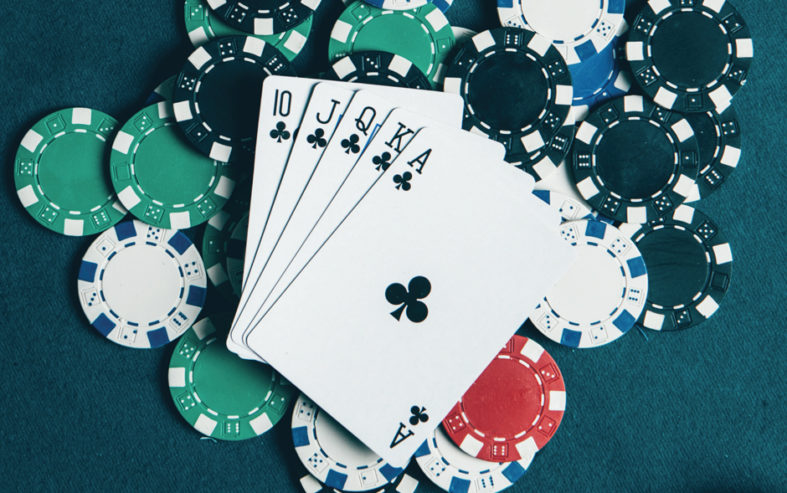 I’ve always had a love/hate relationship with the game of poker. Sure, I love playing the game of poker, and although plenty of actuaries are far better at the game than me, I’d like to think I’m not a fish at the table. The hate part comes because there isn’t a good place to legally play the game. For years, we here in America could play online (somewhat) legally, but aside from a few select states, those days are long gone. That means that to play the game, I have to make a trek to the local casino. And I HATE casinos.

Everything about the casino experience rubs me the wrong way. The awful player rewards cards that encourage problem gambling, the “promotions” that have such terrible odds that they make Powerball jackpots seem attainable, the architectural designs that have no straight lines and make it impossible to find exits, the stench from the smoke that manages to seep into the nonsmoking areas—the list goes on and on. Even the best casino out there would be considered slimy by any rational standard.

Luckily, with the game of poker you aren’t playing against the house, but other players. In theory, this should decrease the amount of sleaze emanating from the card room. But my local casino somehow turned the game of poker into an ugly affair.

It all started a few years ago when the casino started awarding a jackpot to any who played the game of Texas Hold ’em and got a straight flush. For those who don’t know, Hold ’em uses the standard 52-card playing deck. Each player gets two individual cards, and five additional cards get shared by everyone at the table. A straight flush is when five of those seven cards are of the same suit and in a continuous sequence. the ace can be high or low, so ace, two, three, four, five of the same suit is a straight flush, as is ten, jack, queen, king, ace. It doesn’t matter how many of the five cards are from the shared community cards or from your two individual cards. The key point is that of the seven cards dealt, five must result in a straight flush.

After a few weeks, the local casino wanted to make it tougher to win the jackpot so they put in a new rule where in order to win the jackpot, the highest card of the straight flush needed to be a nine or better. Unfortunately, a few weeks later the seven, eight, nine, ten and jack of diamonds got dealt as the five shared community cards, so everyone at the table won the jackpot. Fair to say, the casino was not happy.

To prevent the above situation, the casino changed the rules one more time. Now, not only do you need a nine or higher straight flush, but to win the jackpot, both of your individual cards must be used to make the straight flush.

While this decision created plenty of bad blood between the casino and the local poker community, on the positive side, it did help inspire this issue’s puzzles:

Solution to Previous Puzzle—Odds and Ends

The number 2 is interesting in many ways. In the introduction to the puzzle last time, I asked if anyone could suggest why 2 would be interesting or odd as a prime number. One common answer received is that 2 is odd among primes because it is not odd; it is the only even prime. A less mathematical answer is that 2 the only prime not spelled with an “e.” Finally, there were answers that related to the fact that 2 is the only prime that when added to another prime might give a prime producing two primes whose difference is 2; they are called twin primes. Problem 1 can be solved using twin primes.

Problem 2: Three actuaries are sitting at one end of a bar. Three accountants are sitting at the other end. The bar has seven bar stools, leaving one empty between the two groups. Customers are only allowed to switch stools using the following two moves.

Can the two groups switch places by using a sequence of allowed moves? If so, what is the minimum number of allowed moves to do it? (On each move, the empty stool moves one or two spaces to the right or the left denoted by 1, 2, –1, –2 respectively.)

Problem 3: You and four friends are sitting around a table at a bar. Everyone volunteers to pay the bill. You propose the following game to decide who will pay. You will flip a coin. If it comes up heads, you will pass the coin to the right, tails to the left. Whoever gets the coin will be excluded from paying, will proceed to toss the coin again, and pass the coin to the left or right as before. The process continues. When four people have been excluded, the remaining tippler will get to pay. What is each person’s probability of paying? Why? (You are person 1, on your right is person 2, etc. up to person 5 who is on your left.)

Solution: Some thought that once people were excluded from payment they would get up from the table. That is understandable because it would be a practical way to limit the number of coin tosses to four, and actuaries are nothing if not practical. But this is a math problem, not an actuarial problem, and the statement of the problem said nothing about people getting up from the table or doing anything else but continuing the process. There were a variety of correct solutions. Some involved evaluating geometric series. One began, “The essential principle in solving this is a well-known fact about random walks with absorbing barriers.” Two solutions were based on very pretty simulations. The following seems to be a clear and quick solution that combines the ideas of a few solvers. Let Qi(j|k) be the probability that person j will be excluded before person i, given that the coin is currently held by person k. So P(person 1 pays) =0.5Q1(5|2) + 0.5Q1(2|5) says that at the beginning there is an even chance that the coin will go right or left; and if it goes right to 2, and then proceeds to 5 before hitting 1, person 1 will pay; and similarly if it goes left to 5.

By symmetry, we get the same results on the other side for Q1(2|5) and related probabilities. Putting all this together, we have the following table for the probabilities of each person paying.