I wasn’t sure it could be done, but here is the last in our rolling a seven series, six and one. I’m happy to say that there’s less junk in the grids than I feared, one abbreviation I wish I could have avoided. (Cryptic puzzles generally don’t involve abbreviations or other forms of crossword-ese.) Everything else is playable in Scrabble, except for a straightforward proper noun. There is one unusual word, though maybe not to Brits.

The clues are arranged by rows and columns, but the diagram for each clue is left for the solver to determine. The hints provide the correspondence. Numbers appear in the grids as they ordinarily would, but you don’t need them. Ignore punctuation, because I do. 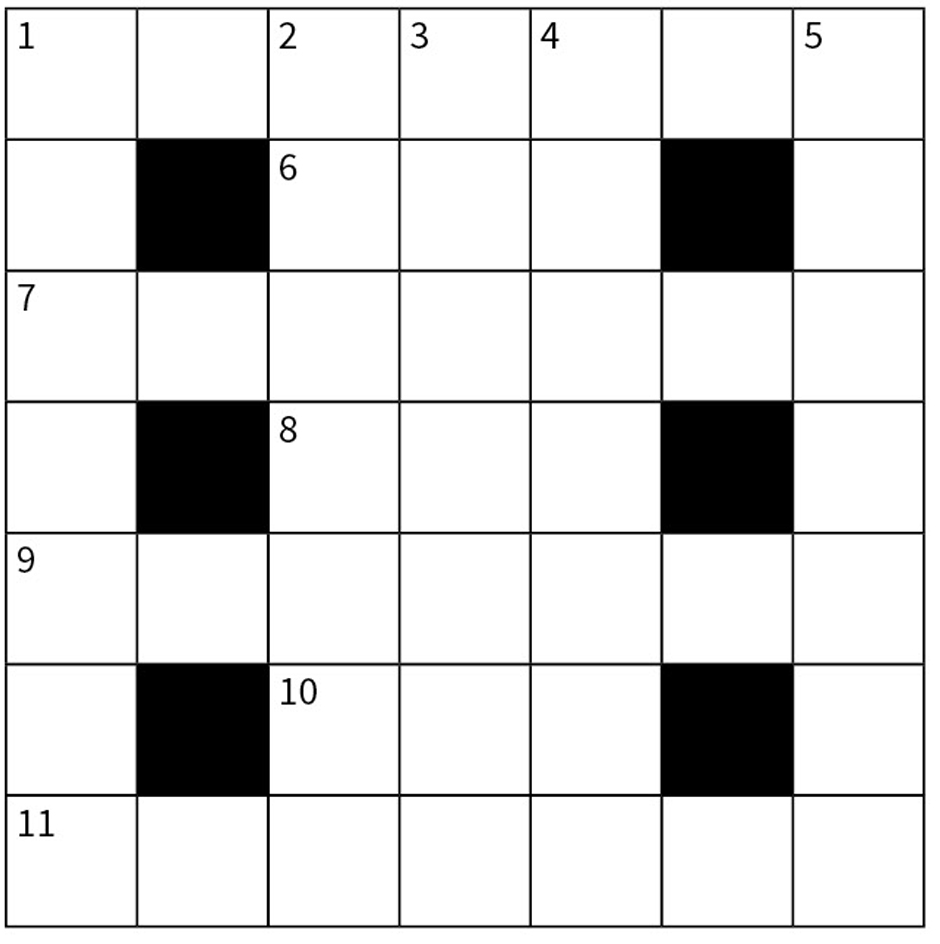 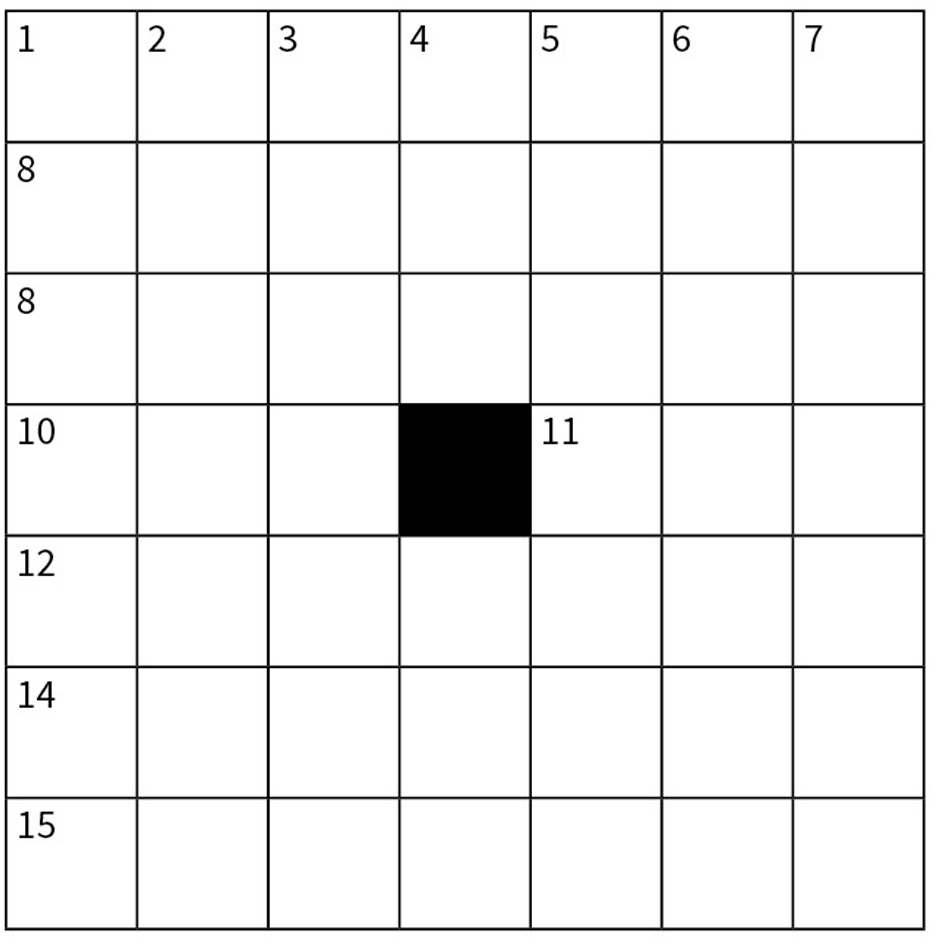 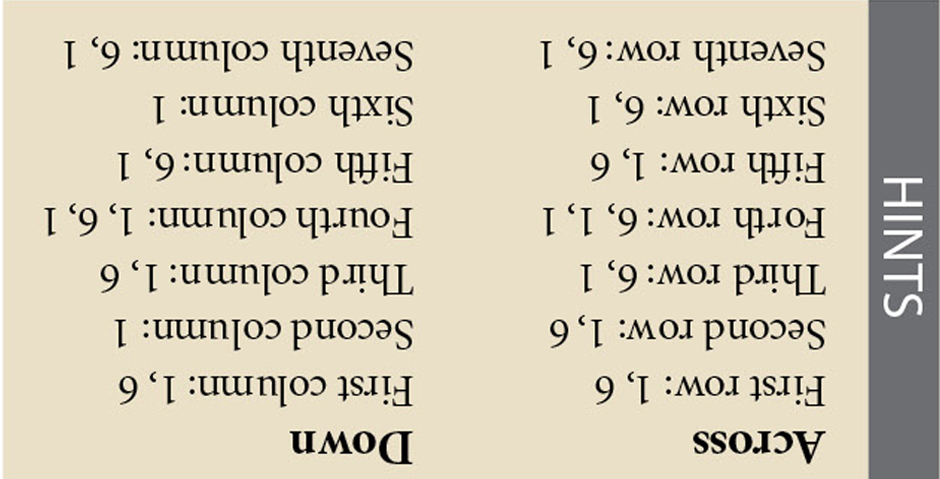 TOM TOCE is a senior manager for actuarial services with Ernst & Young in New York and is a member of the Jeopardy Hall of Fame. Solutions may be emailed to him at Thomas.Toce@ey.com. In order to make the solver list, your solutions must be received by July 31, 2019.