On Solid Ground—Yesterday, Today, and Tomorrow 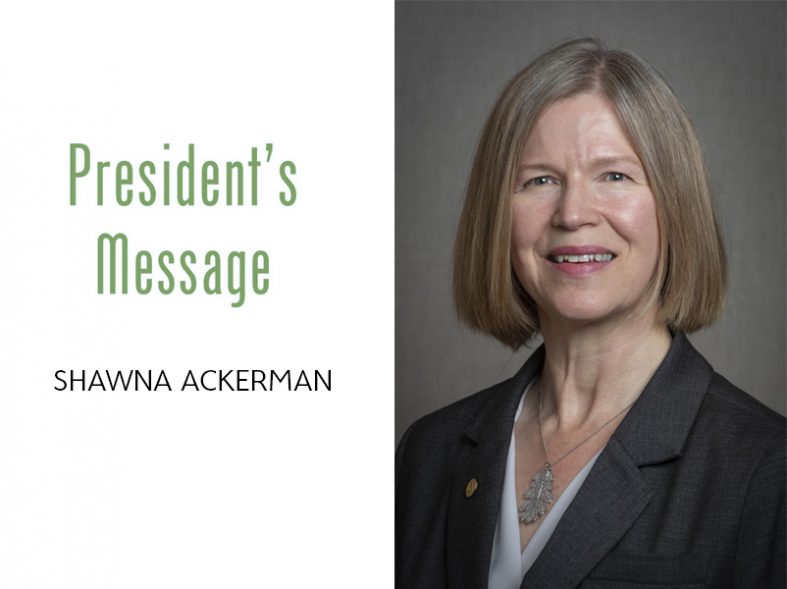 We like to think that we stand on solid ground, but living in California, I can tell you that the ground upon which we live is not solid. I was not yet an associate of the Casualty Actuarial Society on January 17, 1994, but something happened that day that changed my actuarial career forever. I happened to be asleep in a hotel in Palm Springs, California, when, in the early morning hours, the hotel started swaying violently as a magnitude 6.7 earthquake shook the San Fernando Valley region. I leapt from bed and ran to the nearest door frame,[1] certain that the earthquake was along the San Andreas Fault, a small section of which I had hiked the prior day. I soon learned I was over 100 miles from the epicenter and the shaking I had experienced was nothing in comparison to that experienced in the Los Angeles area.

The 1994 Northridge earthquake killed at least 57 people, injured more than 9,000, resulted in $20 billion[2] of damage, and completely changed the California residential earthquake insurance market. Since 1985, homeowner insurers in California are required to offer earthquake coverage. Following the Northridge event, large portions of the homeowner insurance market dried up completely, as traditional insurers were unwilling to continue providing homeowners insurance with the mandatory offer of earthquake coverage.

To address the crisis, in 1996, the State of California created the California Earthquake Authority (CEA), where I currently work as chief actuary.[3] The CEA is a not-for-profit provider of residential earthquake insurance—privately funded and publicly managed—with programs to encourage and support effective action to reduce the risk of earthquake damage and loss. Throughout the process of creating the CEA, state legislators and the insurance commissioner recognized the important role that actuaries play. The need for actuarial input is written directly into the CEA enabling statutes, which specifically note the need for actuarial advice in setting actuarially sound rates and mitigation funding. The creation of the CEA is an excellent example of how actuaries are prepared to act as guides to handle disruptive change.

It’s no coincidence that the statutes that created the CEA reference and require actuarial input. As a result of the professionalism infrastructure provided by the Academy, an actuary’s voice is recognized by principals and regulators as the voice of a trusted advisor and an independent and professional voice, particularly when new challenges arise. As I begin my tenure as Academy president, I would like to focus on how the profession can position itself for the future. To this end, I urge every actuary to understand how the voice of the actuary has come to be recognized as the voice of a trusted advisor and why we must never take this recognition for granted.

We should not forget, for example, before the Academy was founded in 1965, actuaries were not organized as a profession and enjoyed no legal recognition. At that time, actuaries in the United States did not have a code of conduct, qualification or practice standards, or a means of enforcing them. Neither federal nor state law required that the soundness of pension plans or life insurance reserves, for example, be validated by a qualified actuary. The Federal Welfare and Pension Plans Disclosure Act required the information in a pension plan’s annual reports to be certified by a “licensed public accountant.”[4] At that time, the distinctive voice of the actuary’s professional judgment was not recognized and the absence of actuarial input put the public at risk. In a seminal 1958 address, Henry Rood, who became the first president of the Academy, stated that “[t]he question of legal recognition of actuaries can no longer be ignored. The millions of people involved and the immense size of the assets of our life insurance companies and pension funds dictate protection from any possibility of unsound actuarial practices.”[5]

After the establishment of the Academy in 1965, its founders pursued and developed the self-regulation now in place through the Academy by imposing standards of conduct and competence on individual actuaries as a condition of Academy membership. In that year, the Academy Board adopted the “Guides to Professional Conduct,” which required an actuary to give actuarial advice “only when he is qualified to do so.” Former Academy President Tom Wildsmith described what happened in the years after the Academy began to organize the profession and drive self-regulation:

“The next year, in 1966, the National Association of Insurance Commissioners (NAIC) adopted a resolution supporting recognized standards of actuarial competence and conduct and urged the commissioners to support the Academy’s efforts to gain official recognition. Indiana was the first to do so in 1968. By 1975, 17 states had recognized Academy membership as qualification for signing life and health insurance annual statements; 15 had done so for public employee retirement systems.”

As has been documented elsewhere, by working through the Academy, the profession has steadily built the foundation of self-regulation and has been recognized by legislators and regulators alike as a result.[6]

Moving to the present day, I had the pleasure of attending the National Association of Insurance Commissioners (NAIC) Fall meeting in San Francisco this past November. The professionalism apparent in the voice of the actuary was clear and constant throughout the proceedings—from the regulatory members of the actuarial task forces to the many Academy volunteers providing reports on topics of interest in the life, health, and casualty practice areas, as well as professionalism. What struck me was that, across the board, the regulators and Academy representatives discussed not old ground, but new frontiers, from principle-based reserves to the economic disruption being spurred by Big Data and the shared economy, to the looming threats of climate change and cyber-insecurity. They also discussed the efforts of the Academy’s professionalism bodies―the Committee on Qualifications, the Actuarial Standards Board, and the Actuarial Board for Counseling and Discipline—to grapple with these and other changes. What allows us to be credibly heard at proceedings like these is the professionalism that underpins actuaries ability to speak with an effective, objective, and clear voice. I am proud of the Academy’s efforts to position the actuarial profession to respond energetically and professionally to the needs of the public and the regulators who protect the public on these critical issues.

Looking to the future, we must remember that there is no guarantee that the actuarial voice will continue to be viewed as that of a trusted advisor. To be relied upon to deal with new challenges, we must continue to adhere rigorously to our professionalism requirements. Our code of conduct, standards of qualifications and practice, and our commitment to a discipline process give legislators, regulators, and the public confidence in our work and provide us with a voice that can be trusted. Just as we provided a trusted voice during the creation of the CEA in the aftermath of the Northridge earthquake, we can provide a trusted voice to help address today’s challenges in a way that puts the financial security of the public on solid ground—today and in the future.

[1] This was the wrong reaction. The correct response is to hold on and protect your head with a pillow unless you are under a heavy light fixture or anything that could fall on the bed. In that case, drop to the floor, take cover and hold on.

[2] The 1994 Northridge Earthquake was the costliest natural disaster to have occurred at the time. https://www.earthquakecountry.org/northridge/facts/ (last checked 11/27/2018)

[3] An excellent overview of the CEA was written for a 2016 workshop titled “Improving Disaster Financing: Evaluating Policy Interventions in Disaster Insurance Markets,” which the Academy co-sponsored with Resources for the Future http://www.rff.org/files/document/file/RFF-DP-17-05.pdf (last checked 11/27/2018)

[6] Alpert, The Academy as the Fulcrum of Self-Regulation, Contingencies, Sept.-Oct. 2018