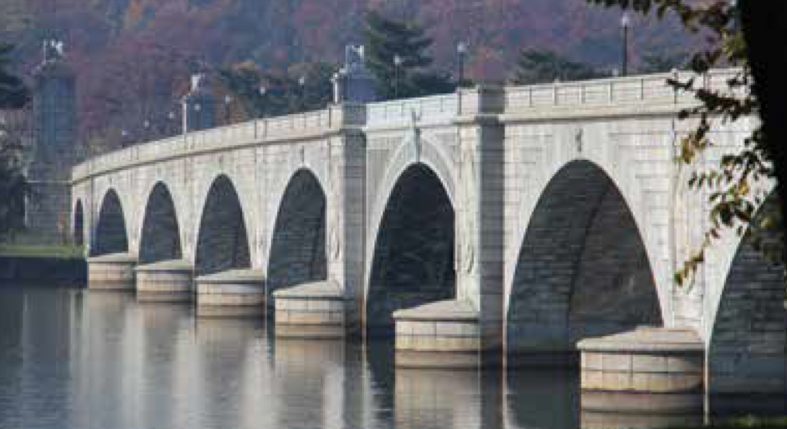 As regular readers of this column know (hi Dad!), I live in northern Virginia. As many actuaries know, because the Academy is the national organization for actuaries, its offices are in downtown Washington, D.C. And as any NoVa-to-DC commuter knows, the Arlington Memorial Bridge—pretty much the only way for far-flung commonwealth denizens to drive into the District—has been under construction for months, and will remain so for years.

The construction takes away three of the six lanes on the bridge. As you can imagine, this reduction in capacity creates an enormous bottleneck right before the bridge, throttling traffic, increasing commute times, and raising blood pressure all around.

Well, two out of three for me, anyway.

When construction began, I was among those fuming impotently at the injustice of it all. But I recently made the decision to look at my longer commute from a different perspective. What if I could use my time in the car doing something—gasp—enjoyable?

So that’s what I’ve been doing. Rather than seethe along with the national news, I listen to all the podcasts that had been piling up. I subscribed to satellite radio and have rediscovered the joys of singing along with high-volume late-’90s grunge. I make phone calls to friends from college; catching up about the vagaries of contemporary existence puts me in a much better mood than contemplating why in the world that Subaru won’t let me in.

My blood pressure’s doing fine, thanks—all it took was a new way of looking at a seemingly intractable problem.

This issue’s features are about the surprising results that new perspectives can bring. In “The Game Behind the Game” (page 18), author John Divine dives deep into the world of sports strategy and data analytics. The data-driven revolution took hold in baseball first; the Billy Beane-led Oakland A’s took advantage of other teams’ stubborn statistical ignorance to build a team full of discarded players—Oakland’s success changed the way clubs put together their squads forever. Basketball soon followed suit, with front offices realizing that building a team around the 3-point shot could lead to explosive offenses. But football has been slow to undertake data-driven strategic shifts. Divine explores several areas that he believes are ready for bold new strategies.

Our second feature, “Demystifying The Art of War” (page 24), takes a look at a classic text that most readers will be familiar with. But contrary to most modern perceptions, this book is no philosophical treatise, argues author Carlos Fuentes. Contemporary readers need to be aware of the historical context in which the words were written, he posits. While an entire cottage industry has sprung up around reframing ancient Chinese military strategy to address modern problems, the practical—and tactical—advice within The Art of War was indeed intended for use in military conflicts. Any modern application of the precepts within the text is bound to reflect a modern sensibility, rather than any ancient wisdom.

Our final feature this issue, “The Case for the Bank Actuary” (page 32), considers the new Current Expected Credit Loss (CECL) methodology and how banks will need to look at their future contingent losses. Author Jennifer Chancey lays out how this reserving method will be calculated—it goes into effect in January 2020—and how banks are already taking steps to prepare for the seismic shift to how they do business. And as they do, Chancey argues, there’s no one more equipped to model future contingent losses than actuaries—she believes this change could be a big opportunity for career growth.

I hope you find some new perspectives worth sharing as you read through this issue, and that your 2019 is a happy and prosperous one.

print
Tags January/February 2019
Next article What Would Orville and Wilbur Say?
Previous article On Solid Ground—Yesterday, Today, and Tomorrow