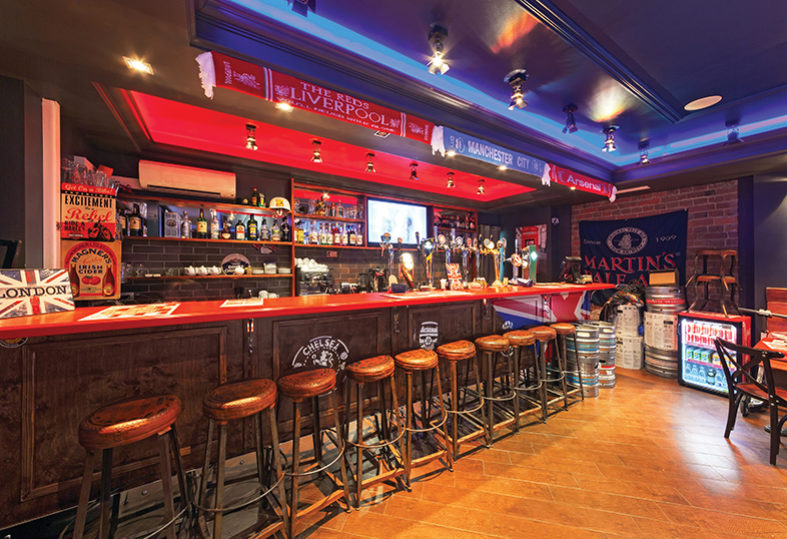 You may have noticed that among the positive integers, 2 is special. Fermat’s Last Theorem is an example of that. And for those who have studied group theory, there is the Feit-Thompson Theorem that all non-cyclic finite simple groups have order (number of elements) divisible by 2.

While simple groups are not really “simple” in the sense of having simple structures, they are the building blocks of finite groups, just like primes are the multiplicative building blocks of positive integers. Two is itself a prime number. I have heard it called an “odd prime.” I know of two different reasons for this—one mathematical and the other only partially so. What reasons can you think of that make 2 an odd prime? I’d like to hear your answers, but it is not one of this issue’s odd mixture of problems.

2. You’re sitting at the end of a bar together with two other actuaries. The bar has seven bar stools. At the other end there are three accountants sitting at the bar. There is an empty bar stool between the two groups. The groups decide to switch places with each other. However, the bar has rules restricting the ability of customers to change stools. Customers are only allowed the following two moves.

Move 1) A person may move to an adjacent empty bar stool.

Move 2) A person may move to an empty bar stool that is adjacent to someone adjacent to them.

Can the two groups switch places by using a sequence of allowed moves? If so, what is the minimum number of allowed moves it will take to do it? (A move of a person can be viewed as a move of the empty stool. On each move, there are at most four options: the empty stool moves one or two spaces to the right or the left. Denote these by 1, 2, -1, -2 respectively in your submitted minimal sequence of moves.)

3. It’s the next day; you’re back at the bar but now you and four friends are sitting around a round table. The bill comes and, actuaries being very generous, everyone volunteers to pay. You take out a quarter and propose the following game of chance to decide who will pay the bill. You will flip the coin. If it comes up heads, you will pass the coin to the right, tails to the left. Whoever gets the coin will be excluded from paying the bill and will proceed to toss the coin again, and pass the coin on to the left or right as before. The process continues; whoever gets the coin after it has been tossed is excluded from paying the bill. When four people have been excluded, the remaining tippler will get to pay the bill. What is each person’s probability of paying the bill? Why? (For your answer: you are person 1, on your right is person 2, etc. up to person 5 who is on your left.)

1.If I ride six waves, and my opponent rides five, what is the probability of me winning the heat? Notice that if I take six waves, there are 1 million possible different wave combinations (106), and each is equally likely. To figure out how many of those wave combinations lead to a score of 20, you can do this through brute simulation (one can use Excel, Python, or Mathematica to accomplish the task), or through a little lot of mathematical elbow-grease. To score a 20, you must have two or more waves that are rated as a 10. There are () = 15 ways of there being precisely two waves that score a 10, and each of the remaining four waves can be a score of 1 through 9, for a total of 15 × 94 = 98,415 combinations. Repeating this logic, there are () × 93 = 14,580 combinations for there to be exactly three waves scoring a 10, () × 92 = 1,215 combos for there to be exactly four waves scoring a 10, () × 9=54 of there being five waves equal to a 10, and one possibility where all six waves are perfect 10s. Summing this up equals 114,265 combinations, or an 11.4% chance of scoring 20 points. Repeating this logic for all scores between 2 and 20 for both six- and five–wave runs creates a scoring distribution of final scores for both riding six and riding five waves. By definition, these distributions are independent. So the probability of both you scoring an 18 (16.8%) and your opponent scoring a 15 (10.7%) = 0.168 × 0.107 = 1.8%. Hence, 1.8% of the time you win by scoring an 18 versus your opponent’s 15. Calculate every possible case of this, and the end result is that you win 51.5% of the time, and you earn the tie 11.1% of the time.

2. How does this answer change if your top ride is worth double? The logic is all the same and there are still exactly 1 million scoring possibilities, but now you can score between 3 and 30 points in a heat. Under the new scoring scheme, you now have a 52.2% chance to win the heat, and an 8.8% chance to tie. Note that under this scoring rubric, your probability of a win increases, but so does your probability of an outright loss!

Solutions may be emailed to cont.puzzles@gmail.com. In order to make the solver list, your solutions must be received by Sept. 30, 2017.