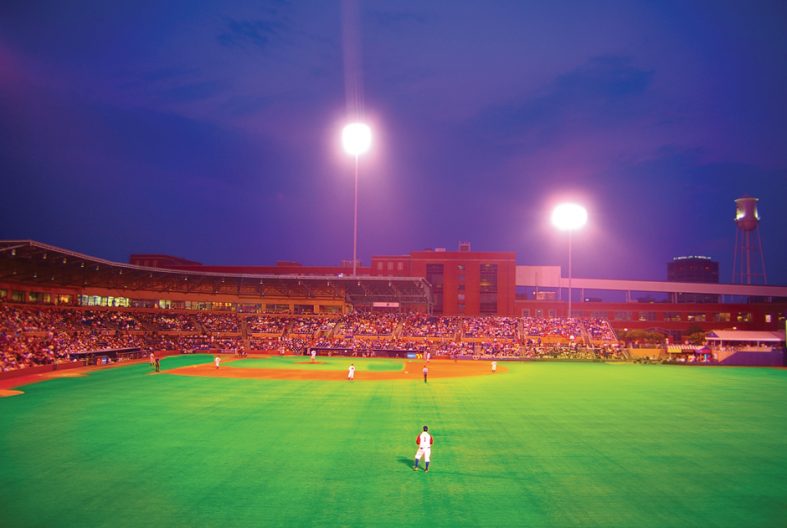 Around this time last year, I wrote about my lifelong hopes that the Cubs might finally play in the World Series, and maybe even win it. This was going to be the year!

The Cubs made it to the World Series but lost 1–0 in Game 3, putting Cleveland up two games to one. Game 4 went to the Indians 7–2, nearly extinguishing any flicker of hope. The Tribe was up three games to one, and with the series soon moving to Cleveland, the Cubs’ chances were dwindling rapidly.

Nevertheless, the Cubbies won the next two games, forcing a Game 7. In the eighth inning, the Cubs had a two-run lead with only four outs to go. Then Rajai Davis tied it with a two-run homer, and momentum shifted to Cleveland. Rain began to fall after the ninth inning, delaying the game—and the inevitable Cubbie loss—for a few minutes. But Jason Heyward used that time to make an impassioned speech in a “players-only” meeting. “We’re the best team in baseball. Stick together and we’re going to win this game.”

And so they did.

North Carolina State’s 1983 basketball team lost 10 games during the regular season and had to win the ACC tournament just to get into the NCAA national championship tournament. The Wolfpack won their first five games by 2 (in double overtime), 1, 19, 1, and 7 points, respectively, beating several much better teams. Their opponent in the championship game was the heavily favored University of Houston Cougars, whose nickname was “Phi Slamma Jamma” and featured five future NBA players. Down by seven points with 10 minutes left, the Cardiac Pack won on an improbable last-second shot that is replayed every year during the “Big Dance.”

NC State’s coach, Jim Valvano, was the first recipient of the Arthur Ashe Courage Award in 1993. He was suffering from cancer and died less than two months after receiving the award. His acceptance speech was both humorous and inspirational, and is remembered for a dying man exhorting the audience, “Don’t give up. Don’t ever give up.” Watch the speech on the internet, but be sure to have some tissues handy.

During a long career, Diana Nyad received several awards and honors for her long-distance swimming achievements. She dreamed of swimming nonstop from Havana to Key West, in water populated by sharks and jellyfish. She made it at age 64 on her fifth attempt, a distance of 110 miles that took 53 hours. As she finally stumbled onto the beach, she said, “We should never, ever give up.”

In 1990, J.K. Rowling was jobless, divorced, and dependent on state welfare to raise her baby when she conceived the idea of writing children’s books. Stranded on a train during a four-hour delay, she outlined a five-book anthology about a young boy attending a school for wizards. Rowling submitted the final version of Harry Potter and the Philosopher’s Stone to 12 publishing houses, all of which rejected her. The 13th publishing house accepted the book in 1995 but agreed to print only 1,000 copies. The chairman advised her to get a day job because there was little money in writing children’s books. Today, she is the second richest woman in the world.

Surrounded in Bastogne by 45,000 German troops during the Battle of the Bulge, General Anthony McAuliffe’s army was running out of food, ammunition, and medical supplies for its 18,000 troops. The weather conditions—overcast skies, ground fog, deep snow, and 20 degree temperatures—precluded any Allied air support. After two days of the siege, the German commander offered the option of surrender. General McAuliffe’s response was short and unequivocal—“NUTS!”

London was tormented by the Blitz in 1940 and 1941, with hundreds of German aircraft filling the sky during the first raid. London endured devastating air raids, with civilians using the subways as makeshift shelters. About a third of London was destroyed during the nine months of the Blitz, and 40,000 lives were lost. Shortly after the Battle for Britain ended, Winston Churchill gave a commencement speech at Harrow School, which he had attended during his teen years. The speech is remembered for its ending: “Never give in. Never give in. Never, never, never, never—in nothing, great or small, large or petty—never give in.”