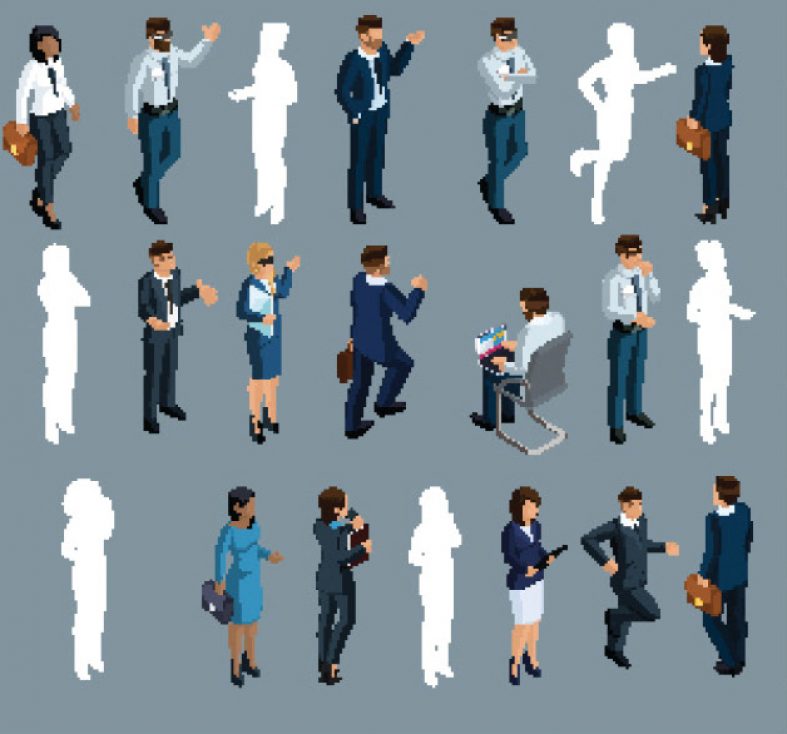 Bob Rietz’s End Paper column from July/August elicited a strong response. Many readers wrote in but requested not to have their letters run; the two below agreed to have their missives published.

‘Let the Proportions
Fall Where They May’

I found the End Paper in the July/August 2019 edition of Contingencies, “Where Are the Women?” in the actuarial profession logically flawed and disturbing.

Apparently the author sees “gender equity” as a one-way street. He appears to approve of the fact that 63% of pharmacists and 70% of veterinarians are women. But, if he truly believes in gender equity, why has he no similar concern that men are significantly under-represented in these professions?

It seems to me that the author’s gender equity issue is based on a politically correct view that it is a necessary result (when, at least, it comes to women).

I find it a bit amusing to consider the author’s concern at a time when the Academy president and a recent candidate for Society of Actuaries president are women. For myself, I’ve always preferred quality over quantity.

‘The Worst Barriers
Were the Women Themselves’

I never encountered a barrier in my education until I was finishing my master’s degree in math, when only one of my professors encouraged me to go for my Ph.D., so I figured I didn’t have the “right stuff.” I later ascertained it was because the rest just presumed I would go to work and support my then husband while he finished his Ph.D., which was exactly what I did.

I had a fabulous high school math teacher and mentor who treated me (the only female in the classes) and the guys totally equally. And I was called “The Brain” by my male classmates, and I took it as a compliment. Then undergraduate was a similar supportive environment. So I just entered my careers with confidence and determination, and if I got a “fish eye” from someone, I just presumed they did not know what they were talking about. And when a door shut (or I shut it) the next door opened onto something better than before.

Fast-forward many years, and I figured as a new board member for [an actuarial organization], I had better become part of the Women in Consulting community. I was on only part of the first call, and had to depend on a colleague to fill me in on the rest. He was as disgusted as I: The women on the panel discussion were apparently spending their time talking about how one should not play with one’s hair during a meeting (duh) and to be sure to go to the restroom before a meeting, so you didn’t need to excuse yourself during one. These are issues worth discussing in the Women in Consulting community!? I began to conclude that the worst barriers were the women themselves. Too often, Americans raise girls to acquiesce, and the females have lost their spinal columns in the process.

Side story—a woman I know in the West is a nationally recognized attorney. She has been with the same law firm for 40 years, most of that as a partner. She recently described that when they are having a meeting of the partners, and she speaks up, the men all “let her speak” and then they go back to whatever they were saying as if she had never said a word. All I could think of was how to keep myself from shouting “Why the h*** didn’t you leave the firm and open your own office long ago?” but I managed to be polite, and expressed some meaningless sympathy.

So let me go back to barriers: We need high-caliber, dynamite female high school math teachers, colleges that mentor female students in STEM—not to “get them through their courses,” but to instill in the students resilience and guts/backbones. And we need to empower all bright women to not let anyone else make choices for them. I pat myself somewhat on the back for having raised a strong woman as a daughter—now a senior leader with a national church—and watch with delight as she and her hubby raise two strong daughters of their own.

After “Where Are the Women?” appeared in the July/August issue, several women passed along anecdotes to me similar to the second writer’s narrative. But the common element of these accounts suggests the issue might not be the obstacles that are unique to women who enter the actuarial profession, but the roadblocks once they are in it. Just as fish don’t see water, perhaps one of the impediments is that many men (including myself) are not aware of our subconscious gender biases.

I disagree with Mr. Schreiner’s interpretations of the End Paper, except for his last one. While we both prefer quality over quantity, I firmly believe that the quality of the actuarial profession would increase if it would attract and retain more women.

print
Tags September/October 2019
Next article The Stories Behind the Data
Previous article Calculating Despair—Unpacking the costs of drug abuse, alcoholism, and suicide