what does it mean for actuaries?

In 1993, the Oregon Right to Die coalition was founded with a simple goal: to help write and encourage the passage of a law that would allow terminally ill patients to choose to end their own lives, with the consultation of their physician.

The issue was a hot one at the time. Physician Jack Kevorkian was regularly in the news for a series of very public legal actions around his role in assisting patients who wanted to end their lives. Critics of Kevorkian, who dubbed him “Doctor Death,” viewed such actions violations of the Hippocratic Oath that medical providers should “first, do no harm.” They also worried that even well-meaning doctors were at risk of potential misdiagnosis, and that the stakes were simply too high for medical professionals to risk labeling a patient as too sick to be helped.

But the Right to Die coalition succeeded in bringing the Oregon Death with Dignity Act to the state’s ballot box as Measure 16 in 1994, and the legislation won a narrow victory with 51.3% of the vote.[1] And since that landmark decision, public sentiment has seemed to slowly but steadily move in favor of such measures.

In 2008, Washington state joined Oregon as the second state to pass a so-called death with dignity law by a ballot measure, with roughly 58% in favor.[2] Eight states in total now have some form of legalized suicide law, including California, which first passed related laws in its state legislature in 2016, and Maine, which only recently saw its law signed by the governor in June 2019.

Wrangling over the pros and cons of legalized assisted suicide is no easy task, and the human element of this issue cannot be overlooked. However, the role of an actuary is fundamentally to try to analyze risk and uncertainty as dispassionately as possible—letting the numbers tell the story, not emotions.

So as assisted suicide becomes increasingly accessible, what precisely are the facts behind this trend? What does the data show about those patients opting to take their own lives, and how do these decisions affect both individuals and the health care system as a whole?

And most importantly for actuaries, what do the facts indicate about the possible impact on the health and life insurance industries, and for pensions?

As a public policy issue, legalized assisted suicide in the U.S. comes with various state-required mandates for oversight and reporting. As the oldest “death with dignity” jurisdiction, then, Oregon provides the deepest archive of statistics for assisted suicide trends thanks to 21 annual reports filed with the state’s department of health since related laws first went into force.

Still, the data set is relatively modest given that medically assisted suicide is not a common occurrence. For instance, in the Oregon Health Authority’s (OHA) most recent report for the year 2018, only 249 patients were prescribed life-ending medication and only 168 died as a result of that prescription. That’s compared with a total of 36,192 deaths in the state of Oregon in 2018 across all causes, an OHA representative told Contingencies, representing roughly 0.46% of all statewide deaths that year. In total, prescriptions have been written for a total of 2,217 people in Oregon under the law since its 1997 enactment, with 1,459 ultimately dying from ingesting the medications.

However, the sample size slowly grows every year. And the numbers do indicate some clear trends that are noteworthy:

So, what does this information from Oregon mean for other states, and what do experts expect is the next step in public policy on the issue? And most importantly, what do these experiences to date mean for actuaries?

Patient privacy laws make an in-depth analysis of cases and costs difficult, but from a health insurance perspective it’s logical to presume some kind of reduction in end-of-life care costs. In a comprehensive 2016 study[4] in the Journal of the American Medical Association, doctors found that while “the majority of deaths due to terminal illness were reported to occur in the hospital” 20 years prior, the trend has been toward more intensive end-of-life care. The study found patients “frequently” used acute care, chemotherapy, and other costly services within the last 180 days of life—resulting in a median per capita hospital expenditure of $18,500.

The stated desire of DWD patients to forgo treatment and die at home on their own terms is noteworthy, and assuredly would run counter to this trend of terminally ill patients receiving costly care in hospital settings.

Just how much those savings in health care costs would add up to is an open question, however. In the wake of Oregon’s Death with Dignity Act, a New England Journal of Medicine study[5] estimated widespread access to doctor-assisted suicide could yield cost savings of about $627 million in 1995 dollars. However, in the broader scheme of hundreds of billions in U.S. health care spending, that might not add up to much.

Furthermore, despite some lack of visibility created by health care privacy laws, research and surveys done by advocacy group DeathwithDignity.org indicate that the reason for the gap between prescriptions of death-hastening drugs and actual assisted suicide may exist simply because some patients are being proactive in case their condition takes a turn for the worse—not because they actually have second thoughts. “The people who choose to access death with dignity laws are resolute in their decision-making,” said a DeathwithDignity.org spokesperson. “What we know from our work with patients is that people who do not ingest the medication to hasten their death have symptoms that are well controlled at present. If their dying process becomes unbearable, they know they have the option to ingest the medication, which gives them peace of mind.”

In other words, some of the admittedly limited number of patients who obtain a prescription are simply doing so as a last resort—not because they have an imminent intention to immediately end their life.

All of these factors mitigate some kind of systemwide impact thanks to these laws. On a policy-by-policy basis, there may be reductions in the cost of care as a result of assisted suicide. But on the whole, systemically, the reductions don’t significantly add up.

It’s worth noting that one element of doctor-assisted suicide is actually a center for rising costs. That would be the medication itself.

Though precisely which drugs are prescribed for a given patient will vary, as will costs, it’s objectively true that structural changes in the marketplace for qualified drugs have driven up overall prices. That’s because pentobarbital in liquid form is no longer as easily available in the United States after a key European provider of the drug curtailed distribution in the United States in 2012[8] because of its use in executions by lethal injection. Other pharmaceutical companies followed suit.

Complicating the issue was a 2014 Oklahoma execution. An inmate who was administered pentobarbital[9] said “I feel my whole body burning”—raising serious questions into just how humane the drug is, and whether it is appropriate for euthanasia under assisted suicide laws.

The result has been a dramatic move away from liquid pentobarbital and toward often more costly alternatives. Oregon’s annual report shows pentobarbital use plummeted from 42% of prescriptions in 2009 to just one single prescription written since 2015. In contrast, the most popular medication in recent years has been secobar­bital, which accounted for more than half of DWD prescriptions in 2018—and after Valeant Pharmaceuticals acquired the rights in 2015, it quickly raised the price of the drug to as much as $3,000.[10]

Drug cocktails vary by patient, including painkillers like Valium and morphine as well as heart medications or antidepressants, based on circumstances. As a result, costs can vary, too. However, even a few thousand dollars for the costliest euthanasia drugs administered is still less than a hospital visit—reducing the costs for insurers and the health care system as a whole. 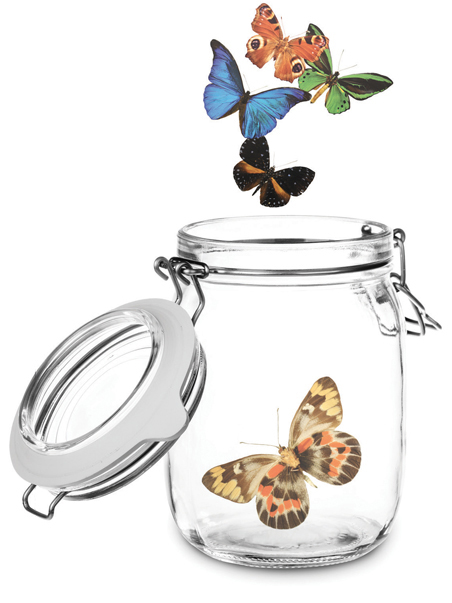 It’s worth noting again that the number of people who opt for physician-assisted suicide remains incredibly low, at less than 0.5% of all deaths in the state of Oregon, according to publicly available information. As such, it’s premature to presume any major change to mortality tables even if such efforts are rolled out across many other states.

Furthermore, the data shows that the typical patient is suffering from an advanced terminal disease that is highly likely to claim their life anyway—and in some cases, causes death before the formal process with a consulting physician can run its full course.

In short, though the cause of death may change from a given disease to assisted suicide, the affected individual was all but certainly headed toward death in the near future regardless of the exact circumstances.

As such, even if the frequency of DWD increases above current levels, it remains very unlikely that actuaries working in pension or life will have to account much for this trend.

The small number of patients who follow through with doctor-assisted suicide is also evidence that we are unlikely to see a slippery slope that will result in a wave of euthanasia either through widespread interest among patient groups or unscrupulous practices by physicians.

Statistically speaking, assisted suicides are currently a nonfactor for life and pension actuaries.

Looking to the Future

Though assisted suicide provisions are limited to just a few states and extant robust data remains largely limited to Oregon, the recent trend toward legislative action indicates we could see much wider adoption in the future.

Additionally, opinion polls hint that the idea of “death with dignity” has fairly broad support; in a 2018 Medscape survey of more than 5,200 doctors, 58%[11] said physician-assisted suicide should be legal for terminally ill patients. At the same time, a 2018 Gallup poll[12] showed slightly more in favor, with 65% of Americans supporting the right to doctor-assisted suicide.

When public opinion adds up to widespread legalization of doctor-assisted suicide, however, is anyone’s guess. But in the meantime, Oregon has set a precedent for capturing a wide array of data on the topic that will be of interest to actuaries and public policy experts alike. The 22nd annual Oregon Death with Dignity Act report is scheduled for release in February, and the regular release of similar data summaries from other states will undoubtedly help shape views in both the private and the public sector going forward.

It’s worth noting that chief among the concerns of advocates for these laws are issues inherent to the broader U.S. health care system. After all, medicine has an inherent role in any medically assisted suicide.

“There are barriers to accessing quality medical care” across the nation, said the spokesperson for DeathwithDiginity.org, particularly for low-income patients or those living in rural areas. That same dynamic holds true for access to physician-assisted suicide.

However, it’s undeniable that the trend is generally toward greater access to death with dignity drugs and the legal framework to protect patients seeking this option.

“We are seeing a state-by-state march toward a tipping point in the adoption of death with dignity laws,” said DeathwithDignity.org’s spokesperson. “In the last 18 months alone, three states—Hawaii, Maine, and New Jersey—have passed death with dignity legislation, joining California, Colorado, the District of Columbia, Oregon, Vermont, and Washington. Today, 70 million Americans have access to this end-of-life option.”

JEFF REEVES is a financial journalist with almost two decades of newsroom and markets experience. His commentary has appeared in USA Today, U.S. News & World Report, CNBC, and the Fox Business Network.

[4] “Comparison of Site of Death, Health Care Utilization, and Hospital Expenditures for Patients Dying With Cancer in 7 Developed Countries.” Journal of the American Medical Association. Jan. 19, 2016.

[5] “What Are the Potential Cost Savings from Legalizing Physician-Assisted Suicide?” New England Journal of Medicine. July 16, 1998.