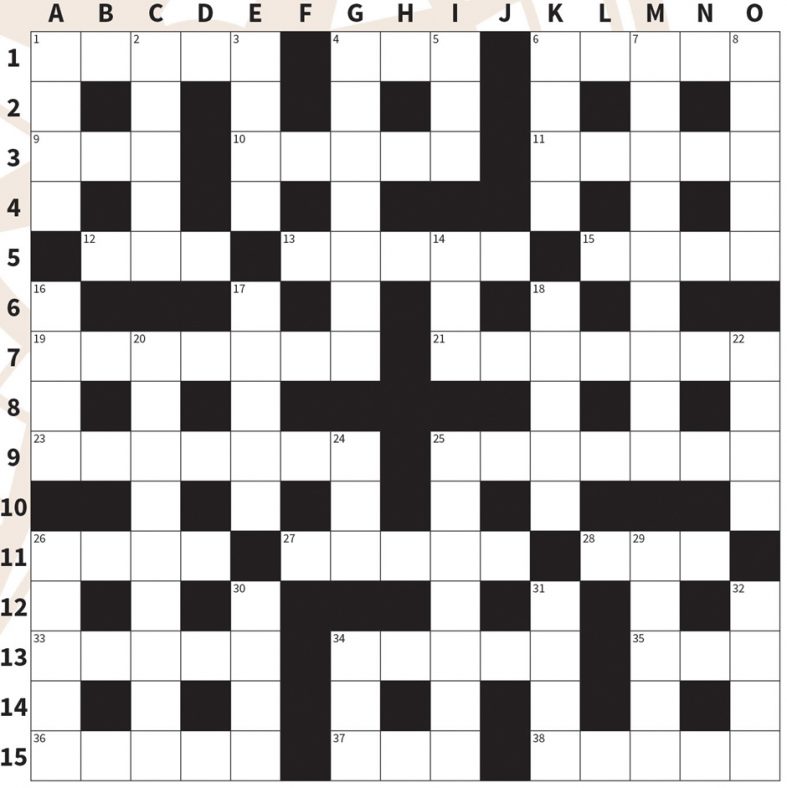 Once again we have a puzzle created by Bob Fink and Jerry Miccolis. Bob designed the grid and wrote most of the clues; Jerry came up with a good number of clues. Eric Klis and I helped with editorial comments and test solving.

In this puzzle, you, the solver, will find that four of the clue answers will not fit into the grid.  Every letter goes into the grid; it’s up to you to figure out how.  Hints for doing this are provided.

Once you have completed the grid, you then have to unlock the map’s secret.  To do this, start at the square in the lower left-hand corner and enter the map heading east.  You then move along straight lines through the map, turning as indicated when you land on squares which contain “mapping directions.”  As you proceed, you will find several spots “marked.”  Here you will dig, one level deeper each and every time you encounter a “marked spot,” to find the letters that spell out what is buried in the map.

There are two proper nouns and one two-word answer.  All other words are playable in Scrabble, and every letter is used at least once.  Ignore punctuation, as it is often used to deceive. 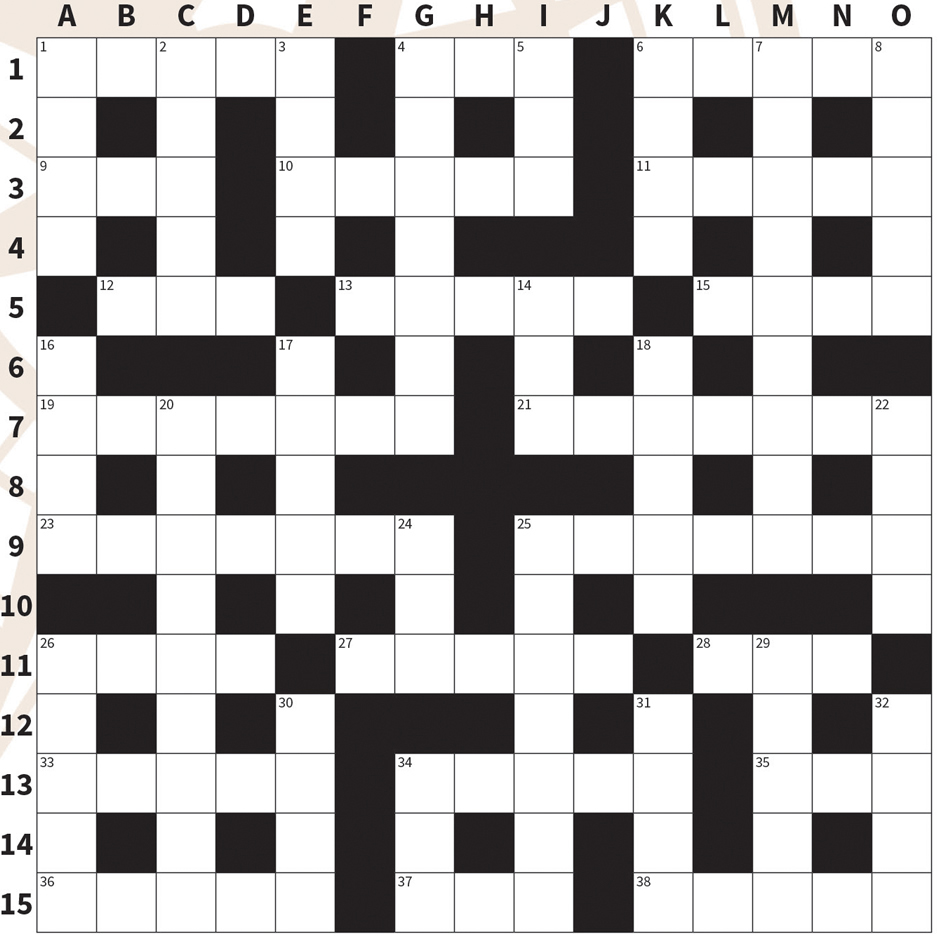 What is buried in the map?

TOM TOCE is a senior manager for actuarial services with Ernst & Young in New York and is a member of the Jeopardy Hall of Fame. Solutions may be emailed to him at Thomas.Toce@ey.com. In order to make the solver list, your solutions must be received by Nov. 30, 2019.