I promised I would try the other ways to get a roll of seven, so I present here the next-easier way, two-five. I’m sure one-six will be very difficult to construct, but keep your fingers crossed.

The clues are arranged by rows and columns, but the diagram for each clue is left for the solver to determine. The hints provide the correspondence. Numbers appear in the grids as they ordinarily would, but you don’t need them. There are one or maybe two unusual words, one common phrase, and two proper nouns. The unusual words are playable in Scrabble. Ignore punctuation, because I do. 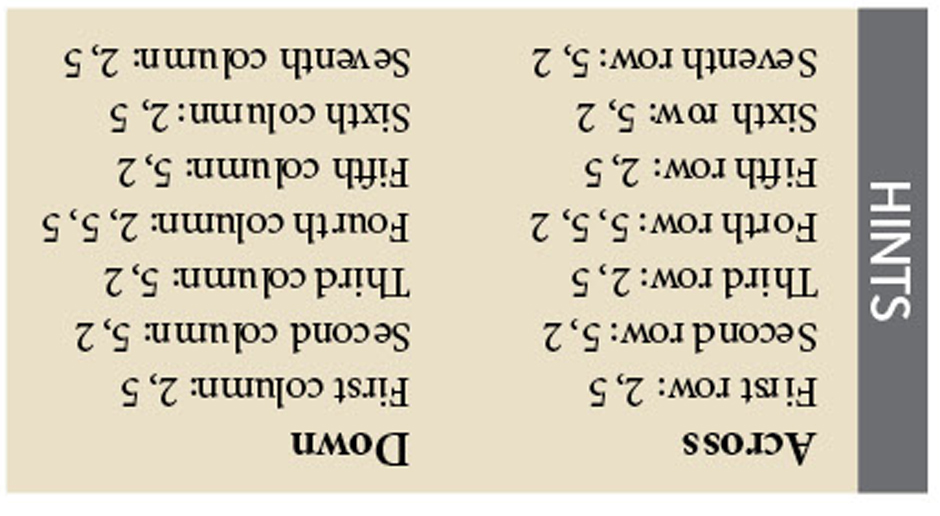 Solutions may be emailed to him at Thomas.Toce@ey.com.

Very few solvers used the hints, so I’m not showing the breakdown. A return to the grids made things easier, and the number of solvers is greater than last time.