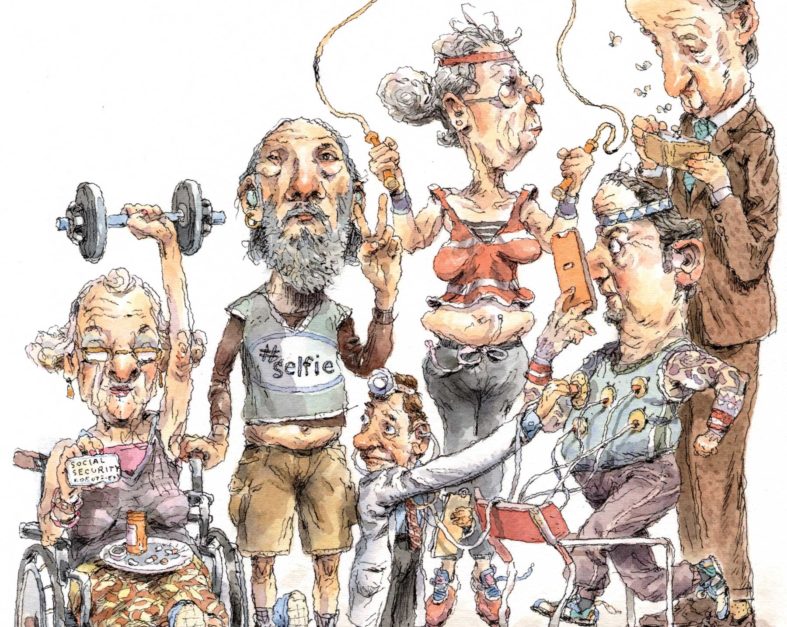 I write to express my delight in Debbie Rosenberg’s article on peer review (“Up to Code,” January/February 2017).

Later this year, I celebrate my 40th anniversary of working as an actuarial peer reviewer, usually of statements of actuarial opinion by Enrolled Actuaries. I consider the acronym for peer review work to be, coincidentally, ACRONYM—Accurate, Compliant, Reasonable, Opportunity, Next Year (or Not Yet), and Mess (or Menace). I look for each SAO to contain ACRO, to consider NY, and to avoid M.

Jeff Reeves’ cover feature in the November/December issue of Contingencies (“Generational Shift”) touches on several future issues arising from increasing life expectancies. He brings up a number of interesting developments with varying degrees of likelihood but all pointing to longer lives overall, and the impending pressures brought on finances as a result. However, Mr. Reeves is pretty much silent on the demographic issues that may result from the advances he lays out and the political pressures that will probably arise in concert.

Birth rates around the developed world are at an all-time low. According to World Bank data for 2014, the birth rate for most of Europe, including Russia, is in the range of 1.2-1.7 live births per woman. For the United States, it is 1.9; for China, 1.6; and for Japan, 1.4. Projecting those birth rates out produces a terrifying picture. Coupled with lengthening life expectancies, there’s a looming imbalance of enormous proportions. In a relatively short time, the common family situation may well be a worker having to support him/herself plus an increasingly immortal assortment of parents and grandparents. The political fallout from this economic bur- den will likely be ugly, as no attainable level of productivity increase will be able to solve the problem.

Of course, the world economy is not a zero-sum game. It may be that open trade along with flows of capital, and perhaps human resources as well, can ameliorate the demographic pressures built into our modern societies, at least for a while. Countries like the United States that are open to immigration have the best long-term outlook, but even then there’s a time limit—and as we’ve seen in our most recent election, that political hot potato may go either way in the near future. (Immigration is a complicated question and ought to not be treated as purely a one-sided protectionist issue. Immigration policy is much more than that, and the choices we make now will have long-lasting consequences, but here we are.)

So what to make of all this? Here lies the ultimate actuarial problem. How does a society pass wealth across time in such a way as to maintain one or more aging generations without subjecting the next working generation(s) to an unbearable burden? This is not a theoretical question. Nor is it as simple as building a retirement account for everyone. Retirement accounts provide markers for retirees against production in the future, but those markers are ultimately only worth whatever someone is willing to pay for them when the time comes to cash out. Payment for those markers will largely be made by people then working, who—voluntarily or perhaps via their tax system—reduce their own current consumption to pay for the markers being sold by retirees. As the number of sellers of markers rises relative to the number of buyers, the value will almost certainly go down, and the seller/retiree may see a diminishment in his/her standard of living, including access to health care.

Throughout history, there has existed a problem of how to support the young who could not support themselves. The answer lay in the family, and that has worked well over many, many generations. Now with both birth rates and death rates falling, the larger problem becomes one of how to support the elderly who cannot support themselves. Family may play a part but in most cases will not be able to do it all. As we are now finding out, the elderly are a lot more expensive to maintain than the young, and there’s a real question about how a balance between generations can be sustained over the long run. Enhancements in longevity as described by Mr. Reeves may be personally appealing, but societally they potentially bode very badly.

Actuaries don’t normally work in the macro world. However, our tools are the ones best suited to take on this very serious problem of transferring wealth across time at the national or international level. It’s a question desperately in search of an answer, and soon. Otherwise, ultimately, the biblical fifth commandment to honor thy mother and father may have to be modified to have a time limit.