Americans are inherently optimistic about how we shape our futures. And oftentimes, we are naively so. We say we will take care of our bodies, and often don’t. In a simple 2009 study,[1] subjects were asked how many times they planned to exercise in the coming two-week period. The average estimate was 4.48 times, while actual number of weekly exercise sessions per participant in real life totaled just 3.38.

We say we will take care of our finances, and often don’t. A recent survey by investment firm Blackrock[2] shows that 59 percent of Millennials think they are on track for retirement, while 51 percent of Gen X’ers and 56 percent of Baby Boomers think their savings are buttoned up. But in a separate survey, GoBankingrates.com[3] asked how much folks actually have saved so far, and 56 percent have less than $10,000. Furthermore, 1 in 3 don’t have a single dime in the bank.

And perhaps most depressingly, we say we will find lasting love and often don’t. In a study of 502 newlyweds,[4] almost every singly couple expected they would be equally happy or even more happy in their relationship after four years of marriage. In reality, when the researchers checked in a few years later, martial satisfaction among these couples was down sharply on average.

But honestly, what do you expect in a nation plagued by obesity, empty retirement accounts, and a divorce rate approaching 50 percent?

Optimism and confidence assuredly has an important place in American society. Pro golfers must be confident that 30-foot putt will drop, CEOs must believe that big sale will come in, and actors must believe they’ll nail that audition.

Actuaries, however, are professionals who deal in facts and figures, not feelings.

So why is it so hard to find commentary, either in the media or among professional scientists and actuaries, that entertains the notion we have pushed longevity to its limit? Should actuaries actually have faith that modern medical technology will be significantly better, or that everyone will have equal access to these space-age cures?

Multiple experiments[5] have found those who have positive fantasies of the future were actually less likely to work as hard as those with more realistic or even negative thoughts about their future outcomes—thus making them less likely to reach their ultimate goal than peers who weren’t wearing rose-colored glasses.

That means it may be time to take a dispassionate look at longevity and consider whether or not reality will live up to what may be unrealistic expectations of American life expectancy in the 21st century. 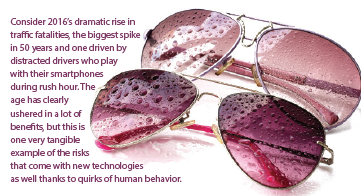 However, recent trends show that the rate of increase is slowing down.

Or in the case of the most recent data, life expectancy is actually decreasing; the Centers for Disease Control and Prevention reported at the end of last year that the average life expectancy in the United States declined slightly from 78.9 years in 2014 to 78.8 in 2015.[7]

A deeper look at the data shows a persistent flattening off of life expectancy growth in recent years. For instance, the average U.S. life expectancy has increased about 13 months in the last decade, from 77.7[9] years on average back in 2006. That’s significantly less than the median increase of about 2 years and 2 months over each rolling 10-year period in the past century of data—and even below the much more modest increase of 1 year and 6 months per decade in the most recent 50-year period since 1966.

So yes, we are living longer than in decades past … but not that much longer.

That’s not the narrative you’ll read these days about longevity, however.

For instance, the MacArthur Research Network on an Aging Society released a report[10] a few years ago that warned “the U.S. Social Security Administration and Census Bureau have misjudged the average American lifespan in 2050 by three to eight years.” These scientists argued the typical American will live as long as 90 years by 2050, an increase of 11.2 years from current estimates, and we had better start to prepare for that eventuality.

It’s worth noting, however, that the last 11.2 years tacked on to U.S. life expectancy rates took about 70 years to achieve—and as stated above, that was before the rate of change began to plateau to a much lower current rate of growth.

This kind of overly optimistic view of longevity isn’t contained to the United States, either. England’s National Health Service predicted that by 2030 the life expectancy there would be in the late 80s—something the Daily Mail[11] called “a life expectancy timebomb.”

With headlines like that, you can understand why there is such a movement to get out ahead of an aging society. And as such, many actuaries are the ones doing the heavy lifting on predicting health care costs, Social Security outlays, and other estimates.

But it’s perhaps worth questioning the underlying assumption that America will perpetually grow older and live longer.

There is nothing inherently wrong with optimism about longevity. And in fairness, predictions are never intended to be guarantees, and those making estimates on life expectancy would likely be the first to admit there are many possible surprises that could affect their outlook.
But let’s get real for a moment, and admit how the narrative about longer lifespans has been informed not by science but science fiction.

We cannot currently use 3-D printers to create organs for transplant or genetically modify embryos to “edit out” hereditary diseases, but there is much expectation that we will soon be able to do so. It’s the same technological optimism that surrounded flying cars and moon bases in the 1960s, and may prove just as naïve.

There is also a basic assumption that as Americans get access to better medicine and increased safety thanks to technology, they will not only live longer lives but happier and healthier ones. But a few recent statistics offer evidence to the contrary.

Consider 2016’s dramatic rise in traffic fatalities,[12] the biggest spike in 50 years and one driven by distracted drivers who play with their smartphones during rush hour. The mobile age has clearly ushered in a lot of benefits, but this is one very tangible example of the risks that come with new technologies thanks to quirks of human behavior.

Outside of bad driving habits, bad eating habits continue to kill Americans, too. In fact, two of the biggest reasons life expectancy rates recently declined was an uptick in both diabetes deaths and deaths attributable to heart disease.

Perhaps the darkest data point showing the perils of personal choice is the dramatic rise in suicides, with the most recent numbers showing Americans are taking their lives at the highest rate in 30 years.[13] The rate has been rising at about 2 percentage points a year since 2006, now claiming the lives of 13 people in every 100,000—making it now the 10th leading cause of death in the United States.

There has undoubtedly been scientific progress and medical advances that allow for the possibility of living a much longer life. However, a possibility is not a certainty.

In the groundbreaking work Freakonomics,[14] economist Steven Levitt proposed that a precipitous drop in violent crime across the 1990s was not because of more effective policing or a better criminal justice system. Instead, he posited the controversial notion that ready access to abortion prevented the birth of thousands of babies into poverty, unstable homes, and abusive environments ready-made to raise a criminal. 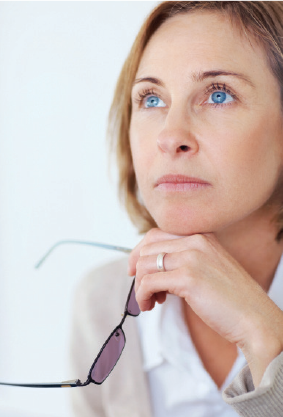 There’s no way to ever know for sure, and some still view Levitt’s hypothesis as counterfactual. But it’s an interesting case study in how trends that are widely praised as good for society at large may benefit from an examination beyond the obvious.

Yes, longevity has surely increased thanks to better surgical tools and medication. However, just as Freakonomics suggested that poverty and unstable homes are a breeding ground for future criminals, there is a growing consensus that those same factors play an equally important role in life expectancy.

A separate study by the Brookings Institution[16] widened the income gap and time frame even more. It found that American men born in the top 10 percent of earnings back in 1920 were likely to live six years longer than those in the bottom 10 percent. But for those born in 1950, just 30 years later, the gap had more than doubled to 14 years between the highest decile and the lowest.

Given these facts, you would think issues like the growing gap between the rich and the poor would factor into longevity calculations. But inequality or the fact that the typical American is grossly underprepared for retirement aren’t part of the methodology.

Neither are the risks posed by underfunding programs like Social Security or Medicare that quite literally represent the difference between life and death for older Americans at the lowest end of the income spectrum. Based on the link between income and longevity, it is hardly a bold assertion to think any reduction in benefits or raising of eligibility ages for these programs would have adverse outcomes on longevity.

More research is assuredly needed into the link between income and longevity. But this is just one piece of the puzzle that is not being examined. What other trends are we overlooking thanks to our optimism based on past longevity gains?

JEFF REEVES is executive editor of InvestorPlace.com and a columnist for both MarketWatch digital network and USA Today. His commentary has appeared in numerous financial outlets, including CNBC, the Fox Business Network, the Wall Street Journal, and other publications.