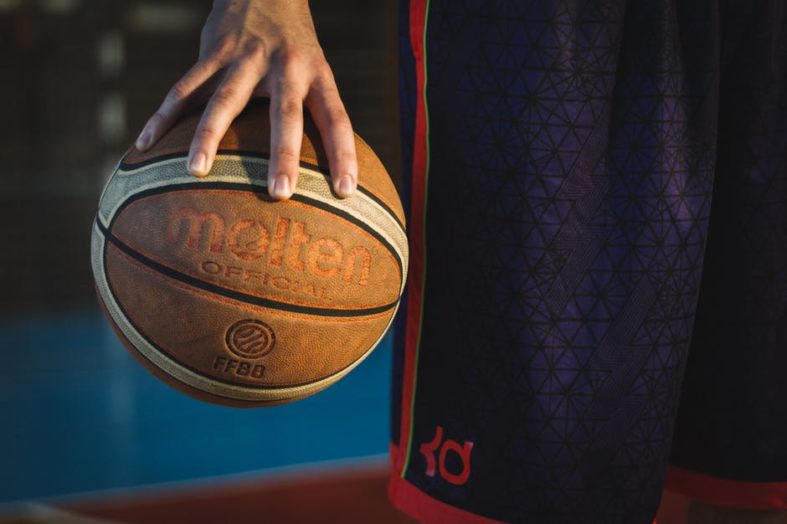 As temperatures warm up, all everyone seems to talk about here is the upcoming NCAA basketball tournament known as March Madness. Of course, tournament basketball and sports betting go hand in hand.

Currently, the most popular wager is a bet against the point-spread, where it matters not only who wins, but also on how much the team wins by. For example, if Awesome Academy is favored by 6½ points against Underwhelming University, if you bet on Awesome Academy, they need to win by 7 or more points for you to win your wager. Similarly, if you bet on Underwhelming U, you win your bet not only if they win the game, but also if they lose by 6 or fewer points. In betting terms, if a team wins its bet against the point spread, it’s called covering. In theory, and if the bookies got it right, both sides of this bet have an equal likelihood of occurring.

Among sports gamblers, there’s a famous phrase—good teams win, great teams cover. It isn’t very often that a team wins the men’s NCAA tournament while covering the point spread in every game. In 2015, Duke managed the feat, as did UConn the year before. But you have to go back many, many years to find another team that achieved this accomplishment.

Of course here in Columbia, Missouri, our local NCAA team is a dumpster fire, so people here have turned their attention to the more exciting Columbia Tournament of Champions (or CTC), where eight of the top tiddlywinks teams throughout the land battle it out to see who’s best. As I honestly didn’t know much about this year’s competition, I decided to talk to my bookmaking friend Chef about his thoughts on the entrants.

The first thing Chef told me is that each team is seeded 1 through 8; the lower the number, the better the team. In the first round, the 1 seed faces the 8 seed; the other first-round matches similarly feature games against teams seeded 2 and 7, 3 and 6, and 4 and 5. In the second round, the winner of the 1/8 matchup faces the winner of the 4/5 victor, and the winner of the 2/7 matchup goes up against the 3/6 winner. The winners of these two games face off for all the marbles (if you’ll allow me to mix my old-timey metaphors). Just like most tournaments, one loss and your team is eliminated.

Chef then told me that in a mathematical stroke of luck, the true point spread of each game will be the highest seed minus the lower seed plus 0.5 points. So in the 1-vs.-8 matchup, the 1 seed is favored by (8-1) + 0.5, or 7.5 points. As the point spread is a fair bet, there’s exactly a 50 percent chance that the 1 seed will win its first-round matchup by eight or more points. Further, Chef mentioned that the probability of any lower seed outright beating a higher seed is given by the formula: favorite’s seed divided by (favorite’s seed + underdog’s seed). So in that same 1-vs.-8 matchup, the probability of the 8 seed advancing to the second round is 1 / (1+8), or 1/9. No matter who wins each game, these two mathematical formulas will hold for the remainder of the competition.

Chef also informed me that in all the years of the CTC, no team has ever both won and covered every game it’s played in the tournament. Chef is thinking of offering a new bet this year—asking before the tournament begins if the winning team will cover the spread in every game it plays. However, he can’t figure out the probability of this occurring. He asked me if I could help him compute the probability of this happening. I told him I’m on the case, and will even ask my puzzle readers to help me answer the following three questions:

1. Regardless of the point spread, what is the probability of the 1 seed winning the tournament?

2. What’s the probability that the 1 seed both wins the tournament and covers the spread of each of the three games it plays?

3. What is the probability that the tournament winner covers the spread in all three games they play?

A group of n players each ante up $20. Then each player simultaneously, randomly, and independently selects one of the other players. A player cannot select him- or herself. Everyone selected drops out and the survivors split the pot evenly. If there are no survivors, the house gets the pot.

1. What is the expected house take for a game with five players?

The casino decides that the game will be played in two rounds (without anteing up again).

2. What is the expected house take for the two-round game with five players?

The game is modified again so that if there are ever exactly two survivors, they split the pot.

3. What is the expected house take for the modified two-round game with five players?

Challenge: Suppose the game is modified yet again so that as many rounds as needed to get to only 0, one, or two survivors are played.

What is the expected house take per round for the modified multi-round game with 6, 7, 8, and 9 players?

Snyder’s solution is worth reading in its entirety for its generality, graph, and references. We have posted it at contingencies.org/JanFeb2017solution.pdf. My own solution is somewhat simpler but closer to that of Serbinowski.

The fundamental question is how many of the (n–1)n possible sets of choices for a round with n players will have k survivors where 0 ≤ k ≤ n–2. I call that number S(n,k) and compute it using the relationships:

Finally, I asked for modifications or extensions to this problem. Al Spooner suggested considering the effect of collusion, and Andrew Dean suggested looking at the jai alai quiniela.