A Buffalo Soldier Looks Back 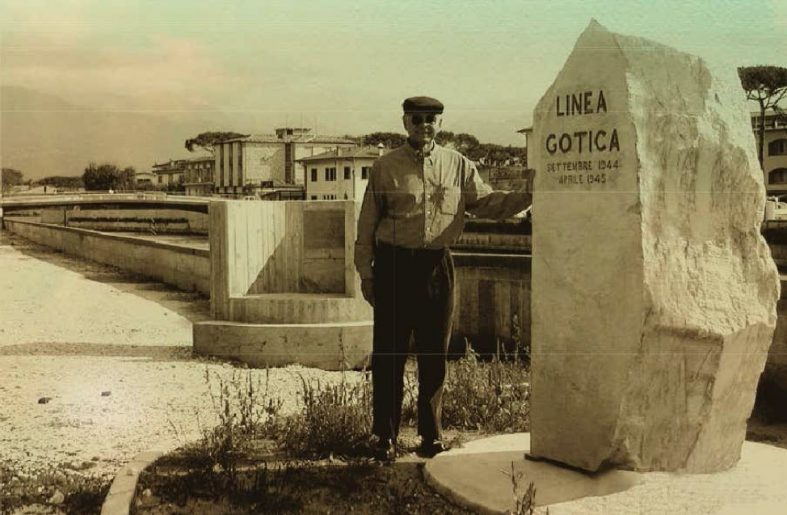 IVAN J. HOUSTON, a member of the Academy, retired in 1990 as the chairman of Golden State Mutual Life Insurance Co., in Los Angeles. Ivan enlisted in the U.S. Army at the age of 17 in 1943 and served as a member of Combat Team 370 of the 92nd Infantry Division of the U.S. 5th Army, also known as the Buffalo Soldiers. He is the author of Black Warriors: The Buffalo Soldiers of World War II. This Q&A was originally published in the May/June 2014 issue of Contingencies.

After graduating from college, you went to work at Golden State Mutual Life Insurance Co., which was founded in the 1920s to assist African Americans who were unable to purchase life insurance. Describe some of the changes that you witnessed over the course of a long career in insurance.

The changes that I have witnessed since joining the company in 1948 have been truly amazing. Nearly all of our policy holders were African Americans, working-class individuals who were serviced by agents going door to door in segregated communities yet until the late 1960s, African Americans were employed by life insurers mostly for marginal jobs— janitor, messenger, etc. (New York and some of the New England states with Fair Employment Practices Commissions may have been the exception.)

At Golden State, all of our employees were African American, and most had a college education. Our operation was well run and highly eﬃcient. In 1948, when I started my career, the only major insurance association that admitted black companies was the Life Oﬃce Management Association, which was then headquartered in New York. It wasn’t until the late 1950s and into the 1960s that African American insurers were admitted to the other major life insurance trade associations. During the 1950s, there were about 60 black life insurance companies of various sizes. Most were in the South. These companies had formed the National Negro Insurance Association (NNIA) in 1922 (the name was later changed to the National Insurance Association). The NNIA met annually at the home oﬃce of one of its larger member companies, and until about 1960, the hosting company would have to struggle to ﬁnd housing for meeting delegates because hotels refused to accept African American customers.

(The National Insurance Association no longer exists, and most of the companies that were a part of that organization have been merged into larger companies in the industry.)

With the passage of the 1964 Civil Rights Act, major life insurance companies began to hire black employees and agents. While this was good for them, our company began to lose outstanding recruits and other employees. It was diﬃcult to maintain competitive wages and beneﬁts. To maintain a quality workforce, we even undertook reverse integration.

You qualified as an actuary at a time when the profession wasn’t particularly diverse. What changes have you seen in the actuarial profession over the course of your career?

When I ﬁrst got involved in professional actuarial organizations, I saw few women and hardly any African Americans. That has changed, especially for women, but I still don’t see a signiﬁcant number of African Americans. The International Association of Black Actuaries, of which I am a member, is making a real eﬀort to recruit African Americans to the profession. I received a Lifetime Achievement Award from the International Association of Black Actuaries in 2008 because I was among the earliest black actuaries in this country. They ﬂew me to their convention in Washington to receive the award. The room was full of African American actuaries and actuarial students. It gave me a wonderful feeling just to see their numbers and to know that these professionals and young students are pursuing what I think is a great career.

How did your experiences fighting in Italy help you as you moved forward in a long and successful career as an African- American businessman?

Fighting as an African American soldier in the infantry in Italy was an experience that is forever engraved in my mind. I have said to my family and friends that nothing worse could ever happen to me. Yet, for some crazy reason, I learned much about people, about suﬀering, about being happy, and about being proud of accomplishments in the face of tremendous odds. You learn there is always a way of attaining your goal.

You’ve been active in numerous civic and religious organizations, particularly in Los Angeles. To what do you attribute your lifelong involvement in public service?

There are many reasons for becoming involved in civic and religious organizations. First you must like the organization and its mission. You must also determine what you have to oﬀer and what you can gain from being involved. I was active in life insurance industry organizations, even serving as chairman of the Life Oﬃce Management Association (LOMA), because they were a great professional resource for me and my employees. At one time I was president of the Los Angeles Actuarial Club because I felt I had something to oﬀer as a company actuary. I volunteered with the Los Angeles Urban League because it was devoted to preparing African Americans for jobs. I was involved in the Los Angeles Area Chamber of Commerce and the California Chamber of Commerce because they were engaged in the politics of the city and the state in which I worked, and political decisions always have an eﬀect on business. Since my retirement, I’ve become a member of the board of trustees of Catholic Charities of Los Angeles. Since I no longer have a company to be concerned about, I can now focus on those who are in much need—the poor and the homeless.

print
Next article The Future
Previous article On Resolutions