Zen and the Art of Actuarial Science 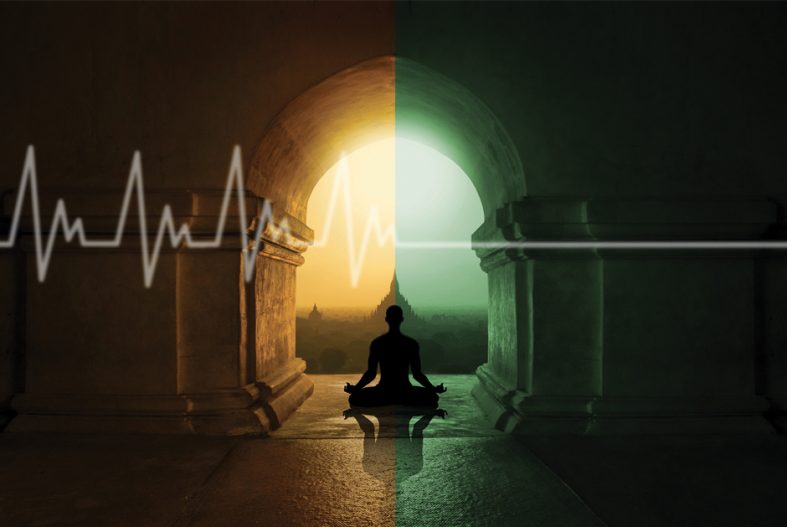 By James A. Kenney

[Editor’s note: Kenney is a practicing Zen Buddhist. The views hereunder are his own.]

There is a deep and abiding urgency in Buddhism about death. The last straw that led Gautama Siddhartha to go off after Enlightenment was his seeing a dead body and realizing he too would die.

Famously, our founder Dōgen decided to pursue the Great Matter of life and death when, as a young boy, he watched incense curl upward during his mother’s funeral.

Death is portrayed in the Buddhist scriptures as inevitable, urgently imminent, and unpredictable. To most people, death is a brutal, messy, and ultimately random event that is out of our control. Death is seen in absolute terms: One is either alive or dead.

To an actuary though, death is anything but unpredictable. Actuaries know that death can be calculated, just as a physicist can calculate the orbits of satellites. Everywhere we look, actuaries see order, not chaos; an order so profound it can even become oppressive because it is inescapable.

Death is seen not as an event, but as a force being exerted upon us every moment of our lives—the force of mortality.

In 1825, a genius named Benjamin Gompertz discovered the elegant law that bears his name and that reduces human mortality to a single equation containing five symbols. This equation in turn derives from a single sentence Gompertz proposed:

“The average exhaustion of a man’s power to avoid death to be such that at the end of equal infinitely small intervals of time he lost equal portions of his remaining power to oppose destruction which he had at the commencement of these intervals.”

Imagine that: The most difficult question in life is actually so simple it can be described in a single sentence.

Being an actuary is the perfect career to complement my Zen practice because it is grounded in mortality. It is no exaggeration to say that mortality is the fundamental basis for everything I do as an actuary.

An important difference between how most people view life and how an actuary views it, is that to an actuary a person is not alive or dead—rather that person is both alive and dead at the same time.

The only constraint is that a person’s probability of being either alive or dead at any given time must add up to 1.

The other odd part of being an actuary is how we see time. Rather than existing in the “now” so beloved of mystics and Zen students, actuaries live in the present but also in each of the next 121 years (the current limit on the human life span, called “omega” by actuaries, with its indirect connection to the Alpha and Omega of the Bible).

We slide easily around in time. We can turn August 2029 into August 2019 with a few strokes on our HP-14C calculators—and we must do so in order to determine the holy grail of actuarial science, the mysterious “present value” we brandish about to cow the other professionals with whom we work and to alarm or comfort our clients.

For all future time can be collapsed into the present and a dollar value can be assigned to it, a value determined by the mathematics that Gompertz discovered. This is the basis of the last 45 years on my life’s effort (the professional part, at least) and of most other actuaries on the planet.

Many people look at the big institutions that dominate their lives and see they are impenetrable and almost incomprehensible. Actuaries look at these same institutions and see order: order derived in large part from Gompertz’s discovery.

Social Security, the vast insurance industry, and every pension plan in the country: these are all valued by actuaries and their solvency determined once a year (once every two years for government pension plans). We see the entire global finance system as a functioning whole, with the circulation of money as the blood of the world.

These institutions were created by actuaries, and the immense funds that have been accumulated to pay future claims and benefits are done so under our supervision. Despite the huge size of these institutions, there are only about 50,000 actuaries worldwide, so what one might call our collective vision is poorly understood by other people and many jokes exist to describe what weird creatures we are. (My favorite: “When an introverted actuary talks to you, he stares at his shoes. When an extroverted actuary talks to you, he stares at your shoes.”)

And we are weird. The very nature of our profession demands that we take the long view. When I sit down to evaluate the solvency of a pension plan, I am looking at the next 100 years. Every person in that plan exists in all those future years in an alive/dead spooky probability distribution, much like Schrödinger’s Cat, and the benefits due them are all converted into one single number—the present value of their liabilities.

We carry this over into our own lives. We tend to be creatures of habit, doing the same things over and over and getting different results every time because things change. We make assumptions about the future, not only for our clients, but for ourselves in our own lives.

In this way we separate ourselves from our fellow human beings, an emotional cost whose present value we cannot determine.

For those matters, consult your nearest zafu.

JAMES A. KENNEY, MAAA, FSA, EA, is happily retired after 45 years as an actuary.

print
Tags November/December 2019
Next article The Voice
Previous article Getting Political—Can an Actuary Weigh In on Thorny Issues?