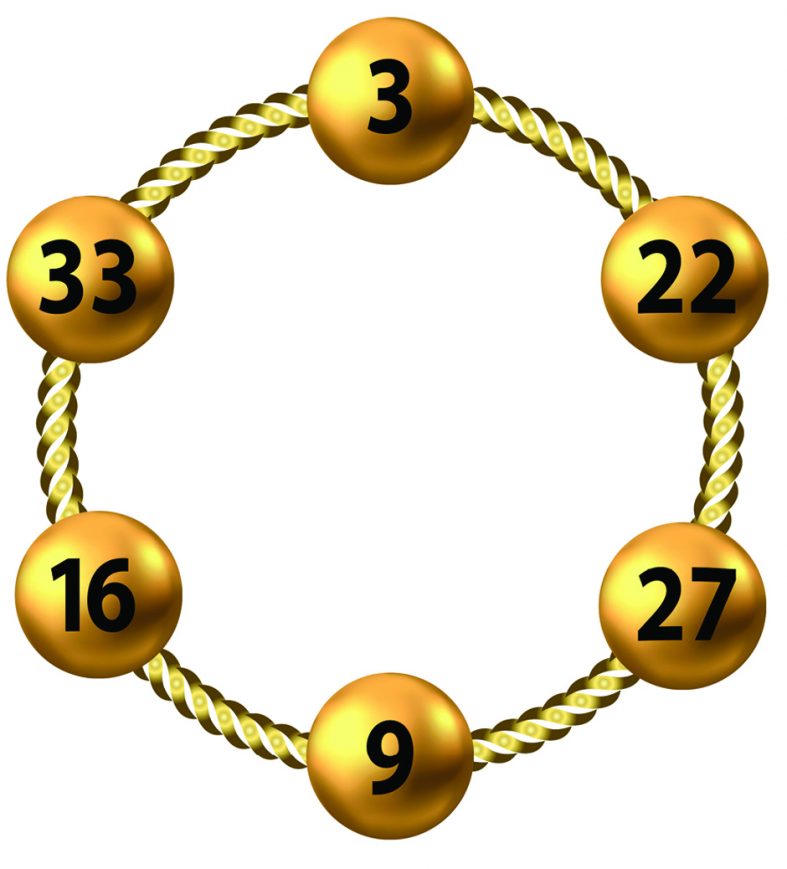 As with many mathematical concepts, “squaring the circle” has become a metaphor, in this case for something impossible to do. The ancient Greeks asked if by using a straight-edge and compass one could draw a square with the same area as a given circle in a finite number of steps.

Because a circle of radius 1 has area π, this would be equivalent to forming a square with sides . Taking square roots is easy, so the problem is equivalent to constructing π. Mathematicians worked on it for thousands of years but couldn’t solve it. Finally, in 1882 squaring the circle was proved to be impossible. (See the interesting article with this same title in Wikipedia and the “Numberphile” video referenced therein.)

So, how can you be challenged with problems about squaring the circle? Of course, a metaphorical problem about squaring the circle. Namely by being asked to create a circular necklace that you want to give to a friend, which, because you are a numbers person, is decorated with numbered beads having the property that the sum of each pair of adjacent beads is a perfect square.

But there some rules to make it interesting. Rule One is that the numbers on the beads must be distinct positive integers, although the squares adjacent beads sum to will not be distinct. For example, pictured here is a squared circle necklace with 6 beads that satisfies Rule One.

If there is one rule, there is probably a second. Rule Two is that the numbers on the beads must consist of all and only integers from 1 to N for some positive integer N ≥ 3. Unfortunately, not all N will work. For example, it is clear that N = 3 will not work since a squared circle necklace cannot be made with the integers 1, 2, and 3.

Note that both rules apply to the next two problems.

Notice that N = 31 has been left out. It is said that 31 does not work, but the proof is difficult.

In order to make the solver list, your solutions must be received by Sept. 30, 2020.

What is the probability of somewhere in a set of 5,000 free throws that one makes at least 90 out of 100 attempts? This turned out to be trickier than I thought. There are 4,901 possibilities to achieve this (each attempt from 100 all the way through attempt 5,000), but they are NOT uncorrelated, as 99 free throws will be the same in looking at free throws 1–100 versus free throws 2–101. This makes the math very tricky, and all but calls for a Monte Carlo simulation. Fortunately, this is not that difficult to set up in Excel or any programming language, and when you do, the probability turns out to be right around 83%.