Snakes, Caterpillers, and Other Critters

The Federal Office of Actuaries has received an urgent call for assistance from Zack Zappa the Zoologist. He has some animals whose parts he wants to number in a specific way. He has numbered some but is having difficulty with others, and thinks an actuary could help. 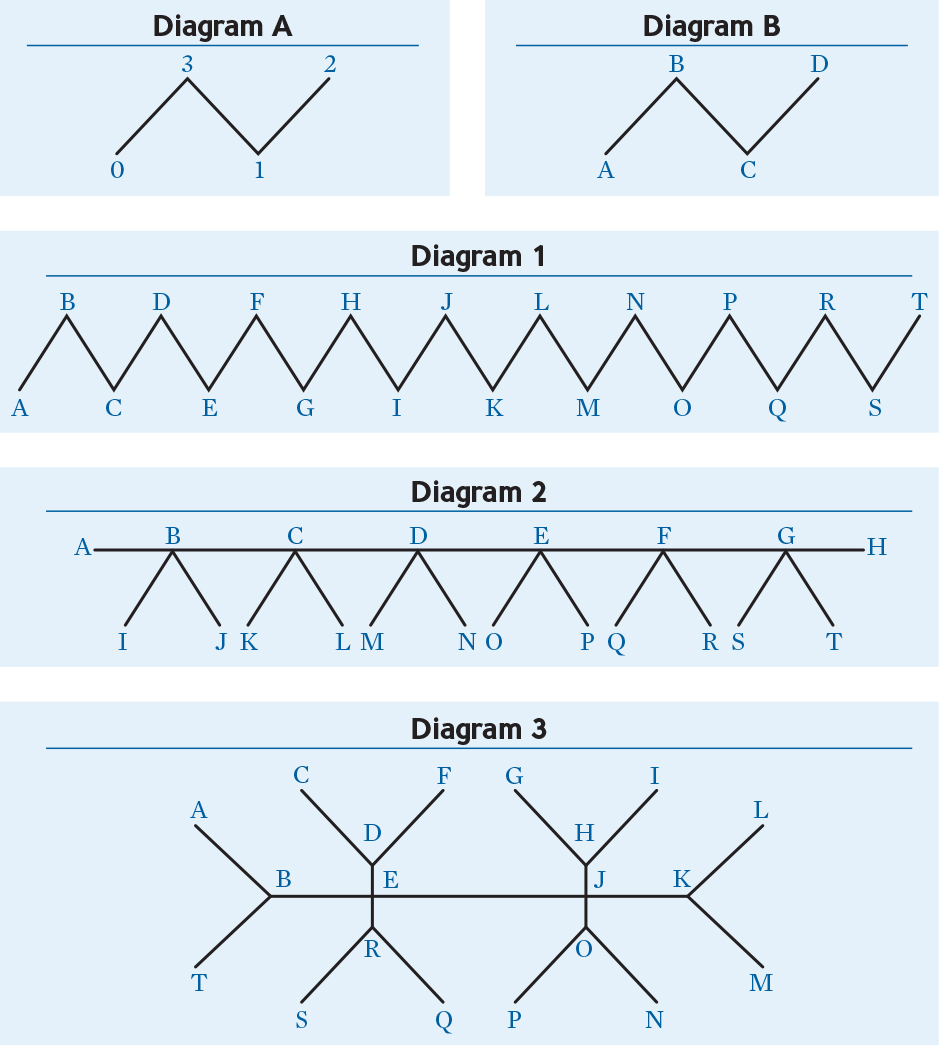 Zoologist Zack has completed numbering all the animals with 18 parts. He has sent us diagrams of three animals with 19 parts. To make it easy to respond, he has put a letter at each of the ends. What you need to do is provide a number that corresponds to each letter. If the example in Diagram A had looked like Diagram B, then the response might have been: A-0, B-3, C-1, D-2. (Responses may not be unique.)

C. How do these answers differ if teams can win multiple picks in the top three? Here the answer to the first problem changes to 6(30 × 28 × 11)/(528 × 527 × 526), as each of the six different orders has the same probability. For the second problem, each team has exactly a one-third chance of getting a top-three pick under these rules.