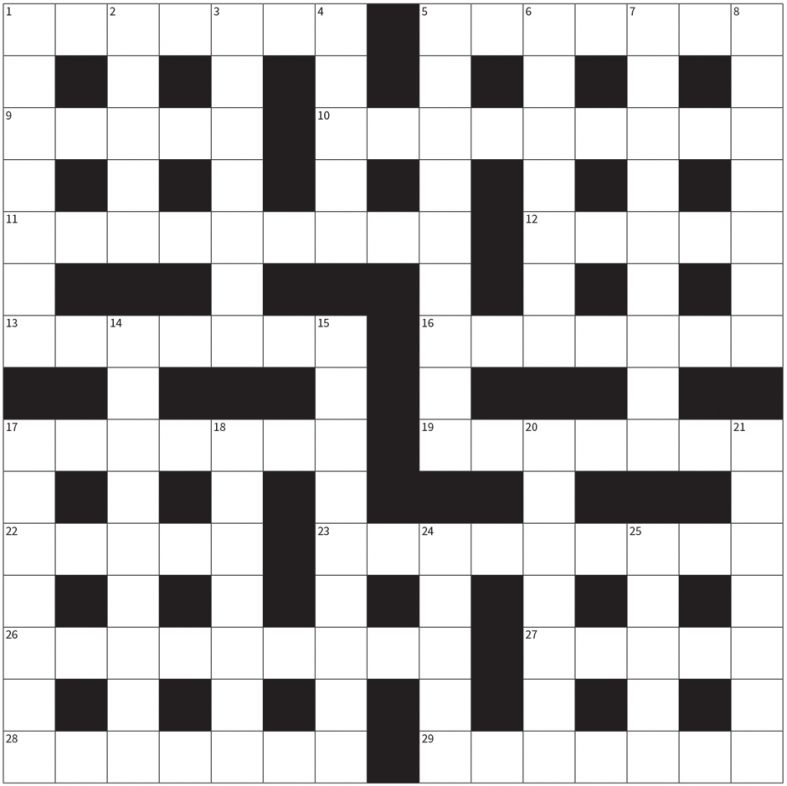 When you get done with the grid, you won’t be done with the puzzle. Six of the entries will need to be anagrammed, three Across entries and three Down entries. Each of these words has two (or more) anagrams, one of which will be used in the clue itself. The other matches one of the definitions below.

Each of the six special entries has more than one full-word anagram, such as TRAINERS/STRAINER/RESTRAIN/RETRAINS/TERRAINS, not just one like STACK and TACKS. These multiple anagrams are all playable in Scrabble. There will be other anagram clues in the puzzle, but these six are the only ones with multiple non-proper noun anagrams.

The entries in the diagram include two proper nouns and one British spelling. There’s another answer that is both a proper noun and a regular word.

Across
1. Lay odds on scintillas of double crosses
5. Tessera lost in puzzles
9. Jabberers destroy hike
10. Prodigious Adriatic wind carries uplift
11. Some conductors gathering confidential information from diametrically-opposed positions
12. Hints to why nobody’s expelled from adult classification
13. Played around and petered out around everyone
16. Cheats in one-L class no longer?
17. Modified sources of meals
19. Scorched and cauterized with nothing for anesthesia at first
22. Tattooed lady, lady I debauched
23. Sold on alternative education
26. Spirits above ordered Lear’s pain
27. Even twice as many generals die intestate, on both sides
28. Having a talent for the bottom line? Outstanding
29. They can get infected with evil habits

Down
1. She may serve cocktails to Brad, entwined with his friend from Paris
2. In some circles, it’s no stigma
3. New York University in the City of Brotherly Love?
4. Spot dates at random
5. Starts to turn red as Nancy staffs Friday evening’s regularly scheduled shifts
6. In the middle of the morning on Grand Street
7. In love with insouciant demeanour
8. Phrases translated by tour guides
14. Taken to the cleaners with creative underlead
15. Hated to put down “Agreed” for the auditors
17. Artwork from late ‘Teens
18. Drink something with Martin’s cousin
20. O little Greek letter!
21. Robinson and his crew are charlatans
24. Bankers’ boxes of lawsuits
25. Tones represented! 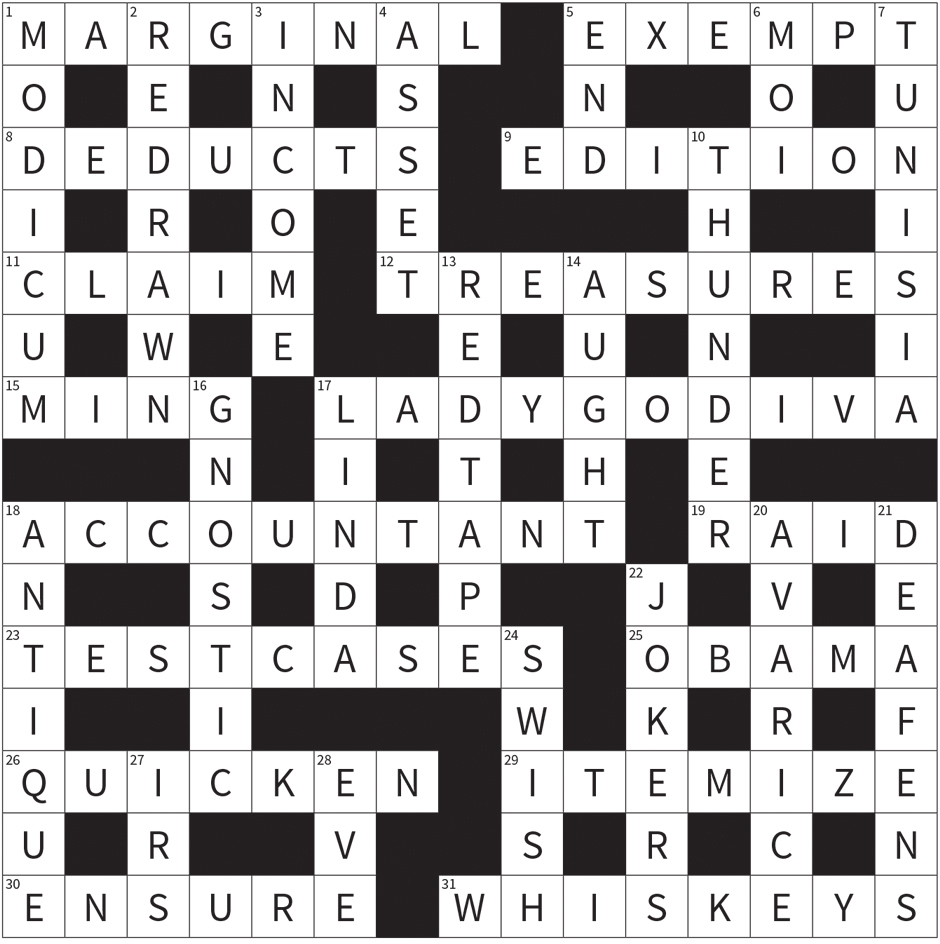