Professionalism: Our Ongoing Conversation With the Public 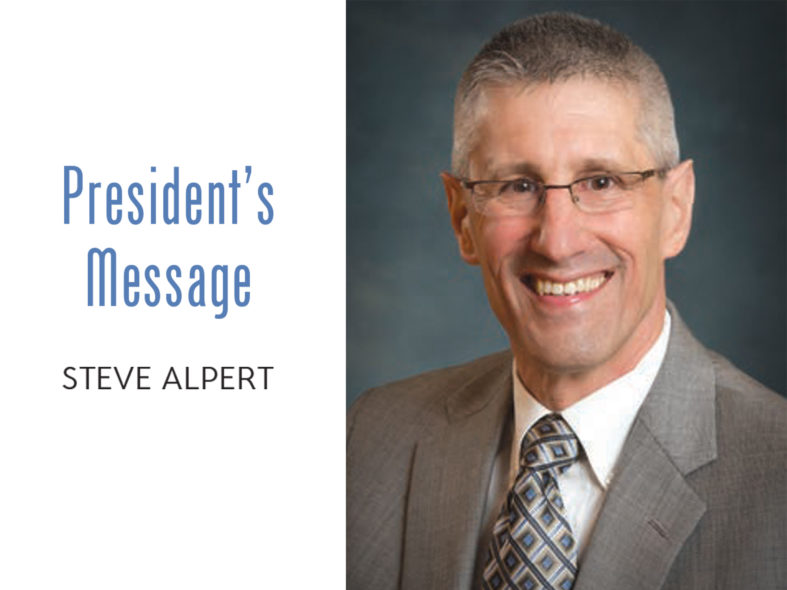 This month, we take a step back from the technical details of professionalism to look at the broader context of professionalism as our part of a two-way “conversation” with the public. This conversation is ongoing and dynamic, ever-evolving in response to the changing demands of a complex world, and spans the full range of learning from the past. As part of this conversation, we apply our expertise to the present and anticipate the issues of tomorrow. Equally vital to earning and maintaining the public’s understanding and trust are conversations among actuaries about how we should act, what we should know, what we should do, and how we should hold ourselves accountable—that is, about actuarial professionalism.

In my nearly 20 years as an Academy volunteer, I have continually asked, “What is the purpose of a particular measurement? How does it benefit the public?” These questions force us to think about the public’s real needs and constantly re-examine the conventional wisdom or implicit assumptions of our models. They can also be frustrating at times, especially if one has to peel away layers of conventional wisdom embedded in commercial practice to reach the underlying issue. But, as difficult as they can be, such discussions are a necessary part of serving the public and building the public trust. Always keeping sight of the forest – the public interest in being able to trust that financial security programs will meet their promises when due – is just as important as finding the individual trees that make up the technical details of our profession.

The U.S. actuarial profession comprises more than two centuries of dialog with the public – understanding, responding to, and anticipating its needs. Long experience has shown that financial security programs tend to be more successful, reliable, and sustainable when legislation and regulation properly recognizes actuarial principles and the role of a professional actuary.

For example, in 1858, amid a string of insurance company bankruptcies that shook consumer confidence, Massachusetts tapped Elizur Wright to be its first state insurance commissioner. Wright stabilized the market by establishing solvency and reserve standards, as well as developing regulations for policyholder withdrawals and nonforfeiture provisions. But, perhaps most important, he was the first to suggest that the public has an interest in actuaries being bound by professional standards – and that actuaries could provide a valuable public service by acting in a professional manner. [1]

The founding of the Academy in 1965 arose out of a growing understanding that actuaries can have a positive impact on the financial security of individuals and that the profession had an opportunity to regulate itself. But, to take advantage of this opportunity, the profession had to show that it recognized and was worthy of the public’s trust. Walter S. Rugland, son of the Academy’s fifth president, Walter L. Rugland, observed that the founding of the Academy also changed the way that actuaries viewed themselves.

[B]efore the Academy, they thought of themselves as …being very smart and having a good job. . . .[W]hen the Academy came on board, we realized that we were important to clients, that we were important to the public, and that there was more to being an actuary than being an employee—that we had responsibilities beyond our employer to the public.[2]

In the early 1960s, shortly before the formation of the Academy, the country witnessed several high-profile failures of the private pension system such as the bankruptcy of Studebaker, which left many long-service employees with little or no pension and raised allegations of the misuse of $4 million of union pension funds. There was growing sense that actuarial solutions were required to avoid the recurrence of such crises.

In 1962, President Kennedy’s Council of Economic Advisers Committee issued a report on corporate pension funds. The report acknowledged the actuarial concepts that benefit security might ultimately require that uninsured plans commit “to provide adequate funds to finance stated benefits and to amortize all past service liabilities within a reasonable period” – such as the expected average years of service of plan participants – and that “it is equally as important to protect the public interest in the solvency and integrity of qualified pension plans, as it is to prevent tax abuse.” [3]

The Employee Retirement Income Security Act of 1974 (ERISA) included some of these ideas, particularly those that related to participants’ rights to benefits; however, the responsibility of a plan sponsor to “adequately” finance those benefits was weaker than the 1962 report envisioned. The responsibilities relating to plan investments centered around prudence and diversification rather than assuring payment of benefits, as insurance programs that are better aligned with pure actuarial principles often do.

Although this approach worked well enough for a while, particularly in an era of generally rising markets, the triple stress of the 2008 downturn, declining union membership, and a decreasing number of companies willing to participate in these plans have resulted in the high likelihood of a systemic failure within 5 – 10 years, which would severely curtail the pension benefits of upward of a million plan participants. Many public sector pension plans, although not governed by ERISA, have similar funding issues, in part because of state laws that underemphasize benefit security relative to other goals, such as participant rights or investing for return. In contrast, the ERISA rules for private, single-employer plans have been modified over the past 25 years to somewhat increase the focus on benefit security, although the prudence and diversification goals for plan assets still remains.

In the pension area, partly in response to the ERISA experience and media attention to the underfunding of public pension plans, one new pension ASOP and proposed revisions of existing pension ASOPs[4] clarify that actuaries may need to consider (and in most circumstances disclose) how the plan assets compare to what would be needed to provide the benefits with minimal investment risk – similar to the principles that underlie life insurance reserving.

In response to multiemployer plan issues, Congress and other policy makers have expressed a need for – and a deep appreciation of – the Academy’s professional actuarial advice,[5] which has taken a first-principles approach to identifying the magnitude of the shortfall and the limited number of general solutions, all of which are difficult and potentially painful for one or more stakeholders. While it is too soon tell if our advice will be followed, all have appreciated the forthrightness, objectivity, and professionalism of the Academy’s contribution to the search for a solution.

The development of principle-based reserving in life insurance provides another example of the actuarial profession working closely with regulators to serve the public interest and build trust in the solvency and sustainability of financial security programs. As described in the recently adopted ASOP No. 52, Principle-Based Reserves for Life Products under the NAIC Valuation Manual:

[A]s insurance products increased in complexity, and as new and innovative product designs changed the risk profile of products offered by an insurer, it became apparent that revised regulations and numerous actuarial guidelines were not the best solution for the industry as a whole. … Committees within the actuarial profession have been developing the detailed regulatory provisions needed to implement principle-based reserving. … The need was also recognized for an actuarial standard of practice that would accompany the regulatory effort and would provide additional guidance to the actuary preparing principle-based reserves.[6]

Of course, having convinced the public and regulators that actuarial professionalism adds value and builds trust, it is critically important that we always – individually and collectively – maintain the value of that professionalism by taking our obligation to serve the public seriously. That value is built one piece at a time, when we can demonstrate that we have helped solve the problems of the past, are responding to the concerns of the present, and can anticipate the needs of the future. Our continuing challenge, as individuals and as a profession, is maintaining and further improving those high standards even when they seem to be underappreciated by a public or principals more focused on non-actuarial perspectives. By having a culture and habit of professionalism, we demonstrate that we have not lost sight of the forest for the trees and are ready, willing, and able to help deliver the financial security the public relies on.