There’s a common puzzle variant called “Marching Bands,” which I’ve employed in the past. In order to change things up, I’ve decided to make this one a precision marching band puzzle.

The only band I know of that uses “precision” in its name is the Yale Precision Marching Band. You might conjure up visions of the YPMB as a well-organized, clockwork-like group, reminiscent of the Rockettes or those incredible displays at the opening of the Beijing Olympic Games. And you would be wrong. According to Wikipedia, the YPMB is a “scatter band” or a “scramble band  … as distinct from university marching bands that emphasize precise movements and geometric field formations.” The name scramble band “comes from the way in which the band moves between formations—members run to each form without using a predescribed path.”

As in a regular marching band puzzle, the words march around the grid in two ways. Each Row contains two words (one has three because of a two-word answer, see below), the lengths of which you must determine. Row 7 has a blank space, which dictates how its two words split. The Bands are alternately shaded and unshaded, and they will be filled in clockwise, starting from the lettered squares. You will also have to determine the beginnings and endings of these words.

In a precision marching band puzzle (or in this one, at least), some of the entries—approximately half—read in reverse. Some of the Row answers will go from right to left; some of the Band answers will read counterclockwise (aka, widdershins).

For example, Band A will consist of eight words (a through h) starting in square A and marching around, sometimes backwards, the perimeter of the grid.

All clues are given in order. When the puzzle is completed, each square in the grid will have been used twice, once for a row word and once for a band word.

The diagram answers are straightforward. There are two proper nouns, one foreign word, one slang word, one archaic word, and one (or maybe two) unusual words. Everything else is playable in Scrabble. Ignore punctuation, which is designed to confuse.

b. Held by Iran: some money for the release of hostages

a. Foaming at the mouth starts to recur after bodily injury develops

b. Principles of warped steelmen

a. Witness many parts of France on the way back

b. Most ancient nobleman and one excellent second tenor

a. Donuts I found at the decorative gateway of a Shinto temple

b. The first and second person to be true to almond liqueur

a. Uttered in an earlier period!

a. Mafia boss in California turned on a tip

a. Increase cheer picking up a little burst of energy

b. Do buts potentially lead to uncertainties?

a. Show contempt for the subway at times with a stiletto, maybe (two words)

b. Ordering lumbermen some beer

a. Reactionary circle in the UK—yes

b. Asked for in advance long ago by cook taking up clairvoyance

a. Work unit has contributed to merger

b. Engineer getting some color on Long Island and swimming, ultimately, at complex

a. Hairstyle worn by prison unit?

b. Word to the wise: rewind Nemo

d. One who gets blitzed in second overtime

i. Customers at a greasy spoon rinsed off

b. Revolutionary militias can become crude

c. Primarily, a keen model is a numbers game

d. Collapse finally with a Nook

g. I to a drunk: just a little

a. No stuffing in chicken and turkey tenders

b. A couple of Tennessee and Nebraska men initially take house in the slums

c. After Ludmilla’s debut, wig returned by boy in transition

a. Peter was a great one for shooting rats

b. Renovating a vile beach is not so crazy

d. Peak force as an alternative

a. Nacre but somehow paler

b. Roentgen’s group connected with man on the moon

c. In order to avoid infinitesimally losing anything at first

d. A tuft of hair coming from wayward teat

a. Look for gold or a male adult’s overview

TOM TOCE is a senior manager for actuarial services with Ernst & Young in New York and is a member of the Jeopardy Hall of Fame. Solutions may be emailed to thomas.toce@ey.com. In order to make the solver list, your solutions must be received by Sept. 30, 2017. 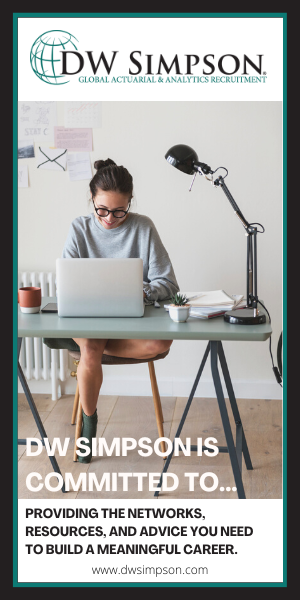