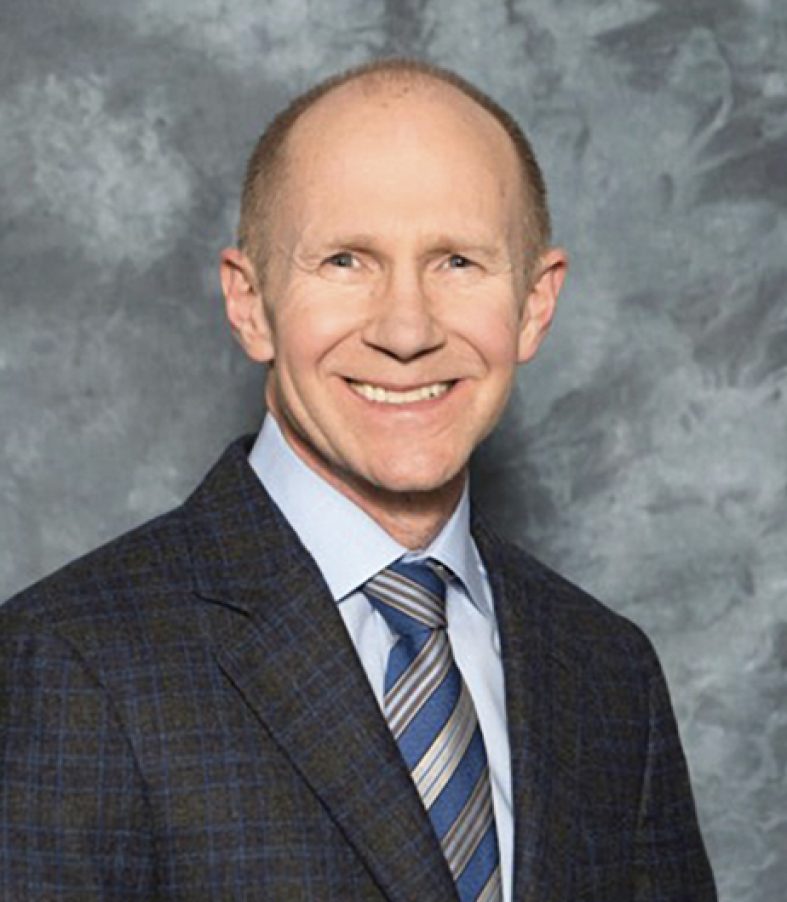 This is the final Up to Code article that I will compose. Because this is my last such essay, I am going to take the liberty of beginning on what, for me, at least, is an uncharacteristically personal note and write about a friend from my youth who died recently and was among the most impressive persons I have ever known.

I first met Dr. David Theil when he and I were about 13 years old, at which time he was simply Dave Theil. Even then, there was truly nothing simple about him. He was one of those uncommon individuals who is excellent at everything. Forty-six years after graduation, two records he achieved on our high school’s football team still stand: most wins for a single starting quarterback and highest one-­season winning percentage. His performance in the classroom was equally outstanding; he made the acquaintance in an honors physics class of the woman he would marry eight years later. Most impressively—and unusually for someone whose proclivity for exceeding expectations began to be recognized at an early stage of his life—he displayed profound degrees of modesty and sensitivity to the feelings of others as well a sincere desire to be of service to humanity. Many high-school students with a demonstrated aptitude for the sciences profess some interest in becoming a physician, but when Dave Theil spoke of such ambitions, I think no one doubted that he would eventually do that.

And, indeed, at Indiana University, Dave Theil maintained a laser-like focus on becoming Dr. Theil. Predictably, he was among the select few medical school applicants who are admitted after completing just three years of undergraduate work; he received his medical degree from IU’s School of Medicine on May 15, 1983—his 25th birthday. It reportedly became a standing joke among his relatives that Dave, despite being an M.D., was one of the few in his family who “never graduated from college.” In 2021, while in remission from the pancreatic cancer that would claim his life less than a year later, Dave atoned for that “shortcoming” somewhat when he and his two adult children all received the degree of Master of Management in Clinical Informatics from Duke University, where he had earlier completed his residency after graduation from medical school.

At Duke, and subsequently in Denver, Dave became a highly respected anesthesiologist and was eventually appointed chair of the anesthesiology department at Rose Medical Center. He excelled not only as a practicing physician but as a leader and mentor of other physicians and health care workers. He was instrumental in the development of multiple programs in which physicians learn skills not commonly included in medical training. These programs had as their aim the inculcation in attendees of the quality of resilience. Dave spoke often of the importance of resilience and demonstrated it himself in the last years of his life by, among other things, making himself available to patients and colleagues even while undergoing painful treatments for cancer.

Outside of work, Dave developed and displayed resilience in his avid pursuit of mountain climbing, which had factored significantly in his decision to make Denver his home. In addition to scaling innumerable smaller mountains, he climbed both Denali and Kilimanjaro twice and qualified as an instructor at the National Outdoor Leadership School. At the same time, he continued the impressive penchant for service to others he had demonstrated when he and I were both in our teens, making many medical mission trips to Tanzania and establishing, along with three other physicians, One World Medical Relief, a foundation that supports the provision of medical care in developing countries.

What can actuaries learn about professionalism from the life of my late friend? Two things come to mind. One is the importance of the quality of resilience he so often emphasized, about which much has been written in recent years and on which I will say more later. The other is found in a quote from Dave that was included in his obituary and might be regarded as a response to any cynic who would dismiss a life story such as his as one of an overachiever’s relentless one-upmanship: “I am not in competition with others. I am just trying to be a better version of myself than I was yesterday.”

“Trying to be a better version of myself than I was yesterday” is, I believe, an admirably succinct characterization of an aim of our profession and, in particular, of its professionalism efforts. Our standards are not static, and in fact several of our actuarial standards of practice (ASOPs) are now in their third or fourth edition. Some have evolved significantly over the years. The impetus for the revision of an ASOP generally consists of one or more of the following:

The last reason cited above has been evident in recent years as the profession has begun to appreciate the role of models in its work more fully, along with the possibility that they may incorporate conscious or unconscious biases of the model constructors and thereby lead to pernicious outcomes. The potential for mathematical models to have harmful effects was the subject of Cathy O’Neil’s 2016 book, Weapons of Math Destruction. O’Neil, who earned a doctorate in mathematics at Harvard, worked for several years in the construction of mathematical models for a hedge fund. She did so at a time when the use of models and “big data” was expanding rapidly. In the wake of the global financial crisis of 2008, she realized that it had been made worse because of the widespread use of, and dependence upon, models:

The crash made it all too clear that mathematics, once my refuge, was not only deeply entangled in the world’s problems but also fueling many of them. The housing crisis, the collapse of major financial institutions, the rise of unemployment—all had been aided and abetted by mathematicians wielding magic formulas. What’s more, thanks to the extraordinary powers that I loved so much, math was able to combine with technology to multiply the chaos and misfortune, adding efficiency and scale to a system that I now recognized as flawed.

The perceived unbiasedness of mathematical models, O’Neil observed, was a major factor in their growing acceptance for use for myriad important purposes, but it was also illusory in more than a few instances:

The math-powered applications powering the data economy were based on choices made by fallible human beings. Some of these choices were no doubt made with the best of intentions. Nevertheless, many of these models encoded human prejudice, misunderstanding, and bias into the software systems that increasingly managed our lives. Like gods, these mathematical models were opaque, their workings were invisible to all but the highest priests in their domain, mathematicians and computer scientists. Their verdicts, even when wrong or harmful, were beyond dispute or appeal.

For a profession that frequently makes important decisions and recommendations based on mathematical models, O’Neil’s cautionary tales are particularly relevant. Not long ago, we had only one ASOP that dealt with modeling, and it addressed only the use by property/casualty actuaries of models outside their areas of expertise. We now have ASOP No. 56, Modeling, a robust standard that was adopted by the Actuarial Standards Board in late 2019 after a six-year development process and applies to actuaries in all areas of practice when designing, developing, selecting, modifying, or using models. The one-time standard on use of models outside of an actuary’s areas of expertise, ASOP No. 38, was extensively revised and reissued in 2021 as a standard covering catastrophe modeling in all areas of actuarial practice.

The particular problem of bias in modeling and other aspects of actuarial work has also led to the inclusion in the most recent version of the U.S. Qualification Standards, which took effect January 1, 2022, of a requirement that actuaries annually complete at least 1 hour of continuing education on bias topics, which are defined as “content that provides knowledge and perspective that assist in identifying and assessing biases that may exist in data, assumptions, algorithms, and models that impact Actuarial Services,” which “may include but are not limited to statistical, cognitive, and social biases.”

Returning to the subject of resilience, it is my belief that our willingness and ability to change our standards of practice and qualification standards when needed to reflect changing circumstances is a key element of our profession’s resilience. Much has been written in recent years about the importance of developing resilience as a personal characteristic and the considerable influence it exerts on one’s psychological and physical well-being. But it is equally important, in my view, for a profession to develop and maintain resilience. It is an indispensable quality to possess if we are to continue to enjoy the trust and confidence of our publics in the years to come and maintain our status as the profession regarded as best able to deal with the quantification and pricing of risk.

As a member of the Actuarial Board for Counseling and Discipline since 2016 and its chairperson since January 2021, and in my earlier service on the Pension and General committees of the Actuarial Standards Board, I hope I have played a modest role in enhancing our profession’s resilience. I urge each of you to think about how you might both develop greater resilience as an individual and support its development in the actuarial profession.

DAVID L. DRISCOLL, MAAA, FSA, FCA, EA, is chairperson of the Actuarial Board for Counseling and Discipline.