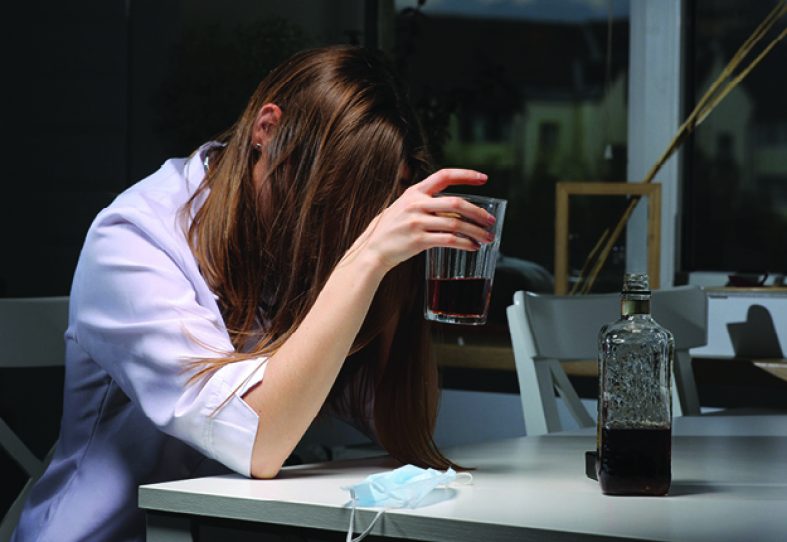 We’ve all experienced it sometime in our lives, maybe more often than we care to admit. And in the midst of a pandemic, loneliness, a fundamental emotion, seems more common than ever before, especially with more people living and working alone. It can emerge if one is bereft of company, love, intimacy, or support of friends or relatives.

Loneliness is personal, economic, and social—a feeling of being disconnected from others. Humans are social animals. We have always depended on one another for our physical and mental survival. Not only are social interactions enjoyable, but they are also protective from a threatening, sometimes hostile world. Working from home can exacerbate these feelings.

In the COVID-19 era of lockdowns and a stay-at-least-6-feet-away-from-me time, loneliness is common and can be deeply disturbing. It is far from satisfying people’s need for touch. COVID-19 has intensified social dislocation and isolation. Loneliness is a deep-seated feeling, the subjective emotion of being alone.

I have written extensively about the adverse effect of behaviors—e.g., smoking, obesity and drinking on health—but the circumstances of how we live are also important. Few aspects of community are more powerful than connectedness and social support. Living alone, being unmarried or unpartnered, not participating in social groups or even in a work group, and having few solid friends facilitate loneliness and are risk factors for premature mortality. Retirement and illness can reduce the odds of social interface and may increase the risk of self-isolation.

Social isolation and loneliness have been associated with smoking, drinking, physical inactivity, and poor sleep. They are also associated with health-relevant biological processes, with feelings of loneliness triggering the release of stress hormones associated with higher blood pressure, decreased resistance to infection, poor mental health and depression, increased risk of cardiovascular disease and cancer, and a lower quality of life, as well as overall increased health and social care costs. Loneliness can contribute to deaths of despair: suicide, drug overdose, and alcohol addiction. There’s evidence that these factors accelerate cognitive and functional decline and can be a preclinical sign for Alzheimer’s disease.

Thanks to new technologies and the widespread use of social media, we are more “connected” than ever before—yet many are simultaneously more lonely. This is true for both sexes and all ages, from teenagers to older adults. In the United States, recent surveys have suggested that up to 60% of adults consider themselves lonely. In the U.K., four in 10 report feelings of chronic, profound loneliness, prompting the creation in 2018 of a cabinet-level position, Minister for Loneliness. In Australia, more than one-quarter of survey participants indicated feeling lonely three or more days a week. And so on—loneliness is indeed a global problem.

Older adults may face a special challenge of a limited personal social network and opportunity for social interaction. For instance, my parents outlived at least a dozen bridge-playing friends; this year fewer bridge games are being played.

Support has historically come from family. However, because fertility has been shrinking in the United States and childlessness has increased, a larger number of aging adults will emerge without a family member to act as caregiver in the event a chronic illness or disability requiring assistance with daily living.

Finally, Hannah Arendt, a 20th-century philosopher, wrote about the link between loneliness and the politics of intolerance. The lonely can latch onto small groups in an attempt to rediscover a purpose and self-respect, which can be exploited by populist leaders and extremist forces.

print
Tags November/December 2020
Next article The Big Wheel
Previous article Social Determinants of Health—Where Is the Evidence of Efficacy?