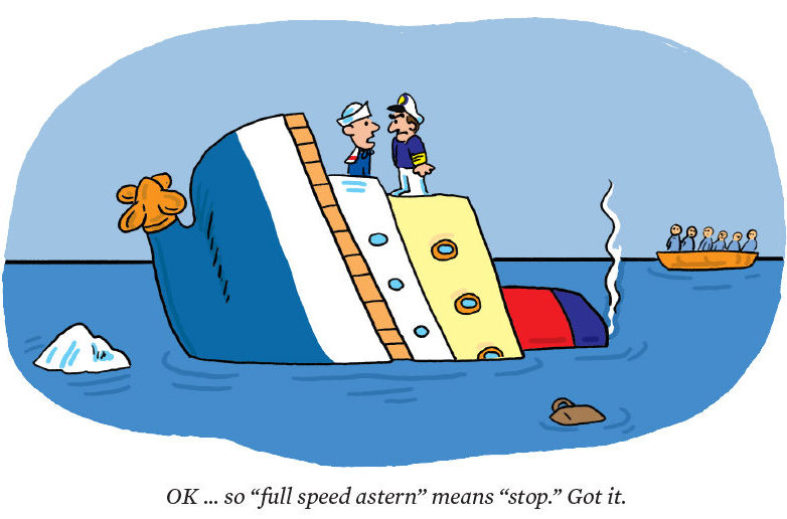 I retired from active practice last year after more than 40 years. A major portion of my career was spent as a consultant, back in the days when the Actuarial Standards Board and the Actuarial Board for Counseling and Discipline were just being established. There were times when client situations forced us to determine what constituted good actuarial practice. I want to share with you what I consider four common-sense guidelines to good actuarial practice that arose from personal client experiences. For me, they function as a useful supplement to our Code of Professional Conduct and actuarial standards of practice.

Too often I’ve seen actuaries limit the scope of their work to completion of the task at hand. A long-standing client drove this home to me many years ago. I did pricing, underwriting, and strategy work for this client; another firm prepared the statutory reserve opinion. During a visit with the CEO, he pulled the statutory opinion out of his desk drawer, waved it at me, and said, “You know what this does for me? Nothing, except identify the organization I’m going to blame if my company ever gets in trouble. I get no value from this! What I get from you and your work is understanding and insight. How much more do I have to pay for understanding and insight?”

His message was very clear. He wanted more than answers to technical questions— he wanted knowledge in language that he could understand, and he was willing to pay for it. Sharing that knowledge isn’t that hard. It can easily be accomplished by a few paragraphs or pages in an actuarial report, a formal meeting with the board, or an informal meeting with senior management. So the marginal cost of communication isn’t very high, but the marginal value of such communication is immeasurable. Make sure you share your insights with your audience. Let them know the significant considerations that went into your work. They will appreciate it. They may even act upon it to improve their operations.

This is closely related to the first common-sense guideline. As actuaries, we tend to focus our energies and insights on the historical information and the current client need. We should also think about what might happen down the road based upon our current analysis. For example, if the company does not file for indicated rates today, given underlying trends what will the indications be a year or two from now?

I once had a difficult client situation that highlights the importance of anticipation. We were doing a reserve review for this company, and the latest year’s loss emergence was materially worse than the historical track record. We asked the company the usual questions about changing operations that might be contributing to this deterioration in loss emergence, and nothing appeared to explain what we were observing.

A year later, we were asked to update our work. Loss emergence in those subsequent 12 months was as bad as, and in some cases even worse than, that of the prior 12 months. Our updated reserve indications required the company to take a significant earnings hit, which had an adverse impact on its stock price.

Shortly thereafter, we got a call from the company’s outside law firm requesting a visit in our offices to discuss our work. I assumed this was the first step toward litigation and prepared for the worst. I was pleasantly surprised when the lawyers showed up and immediately stated that our work clearly and appropriately spelled out the issues and risks the company faced, and that the company (their client) had not acted upon those issues and risks. It was their intent to communicate that to the company’s board of directors so that the board could take corrective action within the company.

Anticipating the company’s issues and clearly communicating them to the company in a single paragraph had likely saved us from expensive litigation.

Anytime I did an update of previous work, I immediately started with a critique of that work. What did I get right—and what did I get wrong? If I had known then what I know now, would I have done anything differently? Should I change my approach in the current review? This critique of the previous work was then communicated to the client as part of my current report. It wasn’t always flattering, but it was helpful.

For a number of years starting in the mid-1980s, I did the reserve opinion for a reinsurer. During the third year of my engagement with the company, I started my board presentation with a critique of my prior reserve estimates. I paused and told the board that this hindsight critique was an unusual experience for me, as every other reinsurer I had done work for had been forced by my work to declare bankruptcy long before I had the chance to do a third review. (For those of you not old enough to have experienced it, the 1980s were a very tough time for reinsurers.)

I believe the board members found our discussions of the prior work the most valuable part of the exercise, because it gave them an understanding of the processes that had gone into the estimates. We had one runoff block of business for which our estimates kept climbing, in large part because the company had not been the lead underwriter on the block of business, and analytic data was very limited. There was another block of company-generated business where we could look at the pricing files of every single account for the purpose of developing a solid loss ratio expectation, and yet the loss ratios were emerging even better than expectations. Even though the two blocks of business were only separated by a few years, they clearly demonstrated the issues associated with a change in company operations. The first block of business demonstrated the weaknesses of poor control and poor information, while the second block demonstrated the strengths of good information and even better underwriting. Armed with this sort of insight as to what contributed to accurate reserve estimates, the board was able to focus its inquiries on broad issues such as information and underwriting control, rather than getting bogged down in the details of the selection of expected loss ratios and loss development factors.

4 .  Stick to Your Standards

The resources available to actuaries today are extraordinarily helpful in our work. I remember what a trailblazing concept it was when the Casualty Actuarial Society first published its Statement of Principles Regarding Property and Casualty Loss and Loss Adjustment Expense Reserves back in the 1980s. Today, the Actuarial Standards Board has issued dozens of actuarial standards of practice (ASOPs), a number of which are of direct application just to the subject of loss reserves. Some actuaries may find the sheer number and breadth of the ASOPs to be constraining, but I find them to be quite liberating. It is extraordinarily helpful to know that you can rely on the combined wisdom and insight of your profession to guide you in doing your work. But those ASOPs can only be helpful if you make a point of using them in your work.

One last illustration from my consulting experience should illustrate the importance of this last common-sense guideline. My firm had a new client for which we were doing a reserve review. I was not the principal on the relationship, but I was doing most of the analytic work. My first cut on the reserve indications indicated a significant reserve shortfall. Our principal suggested that I go meet with the company reserving person and CFO to talk through what I was finding before we formally issued even a draft report.

After an hourlong meeting that was not particularly productive, I was dragged into the CEO’s office. He obviously had been made aware of the magnitude of our preliminary findings, because he told me in no uncertain terms that he would make sure that I “never found work again in the industry” if I didn’t adjust my estimates to a level he considered more reasonable. This message was delivered with much shouting, desk pounding, and an occasional flying object. My response was to point to the standards of my firm and my profession, and indicate that while I clearly understood his displeasure, those standards were going to dictate what would go into our estimates. I agreed to go back to the office, get several other members of my firm to review my work, and let him know what we found. (Perhaps it was just a coincidence, but when my flight landed back in Boston, we were forced to do an emergency evacuation down the slides due to a phoned-in bomb threat. Not a fun day.)

Multiple peer reviews within our organization confirmed my findings, with some minor modifications. While the CEO continued to be very upset over our findings, we stuck to our standards, and hindsight reviews in subsequent years proved that we were right.

I don’t know ultimately what happened to that CEO, but despite his threats, I managed to successfully work in the industry for another 30+ years. While that may have been one of the most stressful days in my career, I was very happy to be able to rely on my firm and my profession in a very difficult situation. I wasn’t alone in that meeting; I felt I had the entire profession at my back. And if you follow the above guidelines— and the well-established precepts of the profession—you can have confidence that you won’t be alone, either.

John P. Tierney is a member of the Actuarial Board for Standards and Discipline.