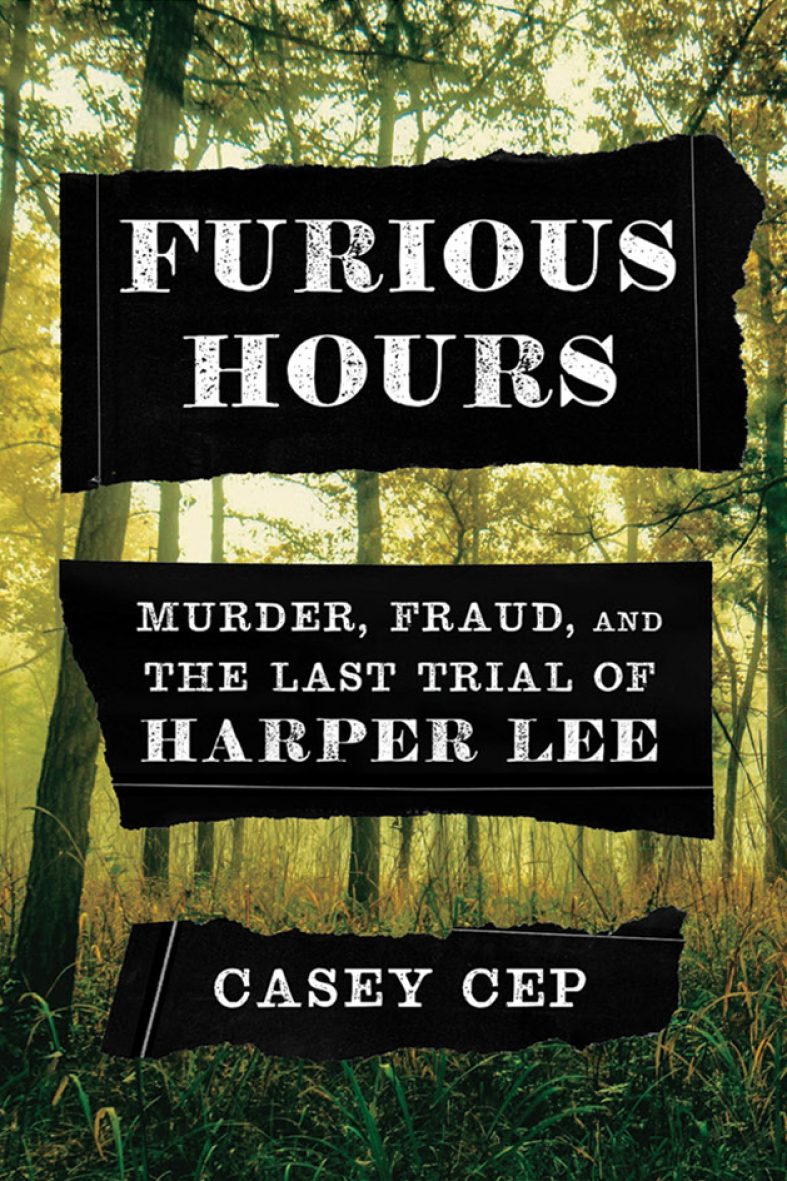 Casey Cep’s Furious Hours packs a lot of fascinating history into its 278 pages. It begins with the story of Willie Maxwell, an African-American preacher from Alabama whose relatives tended to die mysteriously shortly after he purchased large amounts of insurance on their lives. Next, we learn about Tom Radney, the white attorney who repeatedly defended Maxwell against criminal charges and helped him collect on countless policies from increasingly suspicious insurance companies. And finally, there is the story of Harper Lee, author of To Kill a Mockingbird and the victim of a half-century-long case of writer’s block, who tried but failed to turn this intriguing tale into her next book.

Along the way, Cep delves into any number of related topics, from racial politics in the South, to voodoo practices (Maxwell was rumored to be a practitioner), to the long friendship between Lee and Truman Capote, whom she had assisted in the research and reporting of In Cold Blood, a book that reinvented the true crime story. More important for readers of this publication, she also spends significant time on the history and legal complexities of life insurance.

But let’s not get ahead of ourselves. The story begins with Willie Maxwell, a World War II veteran and at various times a sharecropper, laborer, and preacher. In 1949, Maxwell married Mary Lou Edwards. They had a difficult life, struggling both with money and with Maxwell’s romantic relationships outside their marriage. On August 3, 1970, Mary Lou was found dead in her car, her body severely beaten. Maxwell’s whereabouts that evening were unclear and he was soon indicted for her murder. Wasting no time, Maxwell also submitted death claims on the insurance policies he had recently purchased on his wife.

Evidence for Maxwell’s involvement in the murder was circumstantial at best, however, and when his neighbor Dorcas Anderson recanted her earlier statement about his whereabouts on the night of the murder, thus providing him with an alibi, Radney was able to win an acquittal for Maxwell. The insurance companies were reluctant to pay the claims, but with the help of Radney (to whom Maxwell paid 50% of the proceeds collected), Maxwell eventually collected on most or all of them.

On November 21, 1971, Maxwell married Dorcas Anderson, whose testimony had helped acquit him of Mary Lou’s death, and whose own husband had passed away suddenly a short while before. Within a matter of months, Maxwell had purchased at least 17 life insurance policies on Dorcas, many of which were issued by the same companies that so reluctantly paid the claims on Mary Lou Maxwell.

In February 1972, Maxwell’s brother John was found dead in his car, with a very high blood alcohol content but no visible injuries. And in September 1972, a similar fate befell Dorcas (who was ultimately determined by medical examiners to have died of respiratory failure). Some suspected that Maxwell used voodoo to cause these deaths, while others alleged poison or other, less supernatural methods. Maxwell himself maintained his innocence and collected significant proceeds from each of these deaths.

Maxwell married for the third time in 1974, this time to Ophelia Burns, who defied the odds and outlived her husband. Other relatives were less fortunate, including a nephew and a stepdaughter—all well insured, of course.

Maxwell’s own demise in 1977 was sudden and violent, resulting in a sensational trial that once again starred Radney in a leading role, and this time drew the attention of Harper Lee.

Lee was internationally known as the author of the bestselling novel To Kill a Mockingbird, which was set in small-town Alabama and addressed issues of law, race, and mortality. More than 15 years after the publication of this famous book, Lee had already earned a reputation as a recluse, and many wondered if she would ever write another book. The story of Maxwell and Radney, again involving law and race in Alabama, intrigued her, however, and she set about her research.

Using many of the same techniques she and Capote had employed in researching In Cold Blood, Lee attended legal proceedings, conducted countless interviews, and tracked down piles of related documents. With all of the unreliable and conflicting accounts, however, she found it impossible to establish a single narrative of the events and grew frustrated in the effort. Her book, with a working title of “The Reverend,” was never completed. The only other book published by Lee during her lifetime was Go Set a Watchman, which she had originally written prior to her work on To Kill a Mockingbird.

Maxwell’s crimes—and there is little doubt they were crimes despite the lack of any criminal convictions—were clearly motivated by the financial proceeds available from the life insurance policies Maxwell had purchased on his victims. The motivating force of this insurance was no secret at the time, and—using papers obtained from Radney—Lee researched this issue diligently in her work.

Casey Cep also provides us with copious insurance-related research throughout Furious Hours, all of it fascinating, though some it not entirely relevant. As well-told as her history of life insurance in early modern England may be, for example, the context isn’t necessary to explain Maxwell’s motives. At the same time, however, I found it accurate and enjoyable, and I am eternally indebted to her for introducing me to the doctor and early insurance pioneer with the spectacular name of Nicholas If-Christ-Had-Not-Died-For-Thee-Thou-Hadst-Been-Damned Barebone.

Somewhat more germane to her subject matter, Cep also includes a discussion of the unhappy history of race-based practices in the U.S. life insurance industry, from the reluctance to insure African-American customers, to the disproportionately high premiums and low benefits provided when coverage was offered, to the delays or refusals to pay benefits on the policies. Suffice it to say that Maxwell was able to overcome those challenges (albeit with the help of a prominent white attorney) and collect more than his share of life insurance proceeds on his relatives.

Whether those relatives knew he was purchasing that insurance is less clear, and it formed one of several ways that insurance companies challenged the claims submitted by Maxwell. Sometimes they argued that the policies had been obtained fraudulently, and Cep provides some evidence to support that allegation. Other times they stated the deaths were not caused by accidental means, as stipulated by many of the policies. And, of course, if Maxwell himself were guilty of murder in any of the deaths, then there would be grounds for refusing the claim. In almost every case, however, the legal challenges were unsuccessful, and nearly all of the claims were paid.

Cep does not always seem confident in her exploration of the legal issues surrounding the payment of the insurance proceeds. She accurately identifies the underlying issues, but sometimes seems to confuse or conflate the different avenues of legal challenges. She writes, for example, that the insurance companies that insured Dorcas Anderson before she married Maxwell had no alternative but to pay the benefits to Maxwell (who became the beneficiary of the policies upon their marriage). While it is true that the policies were not fraudulently issued, the payment of benefits could still have been challenged in other ways, however.

There are other minor items that only insurance professionals will notice, such as a misunderstanding of the term “arbitrage,” which means simultaneously buying and selling assets in different markets to exploit price differences, and is quite different from the pooling of insurance risk. I am prepared to forgive these technical issues, however, in gratitude for the chance to read what is surely the first time a writer of general history has mentioned 11 insurance companies in a single, glorious sentence:

In the frustrating absence of any chance to read Harper Lee’s own telling of this tale, Cep’s account—including her excellent discussion of Lee’s own research—is a great pleasure and a wonderful book in its own right, regardless of one’s personal interest and involvement in the insurance industry. I do feel obliged, however, to let Lee herself have the last word on Maxwell. “He might not have believed in what he preached, he might not have believed in voodoo,” she wrote in a letter to a journalist hoping to interview her about Maxwell, “but he had a profound and abiding belief in insurance.”

DANIEL D. SKWIRE is a principal and consulting actuary at Milliman, Inc. His article “Life, Death and Money: Insurance in Film Noir” appeared in the May/June 2008 issue of Contingencies.