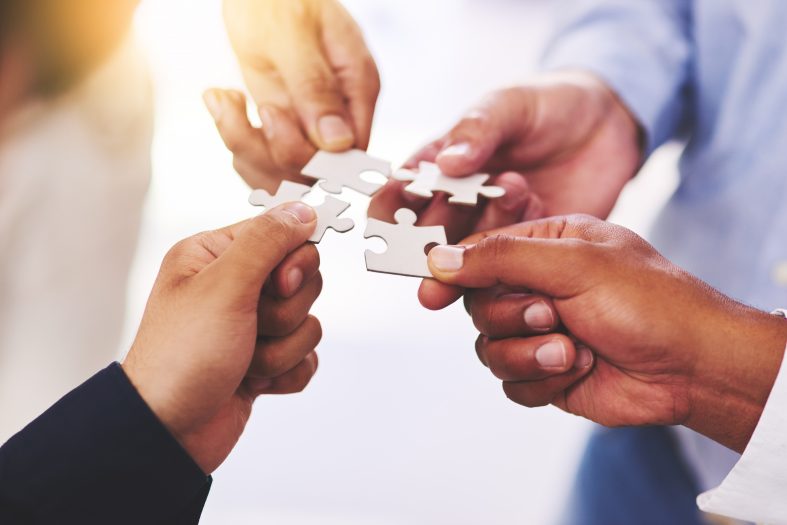 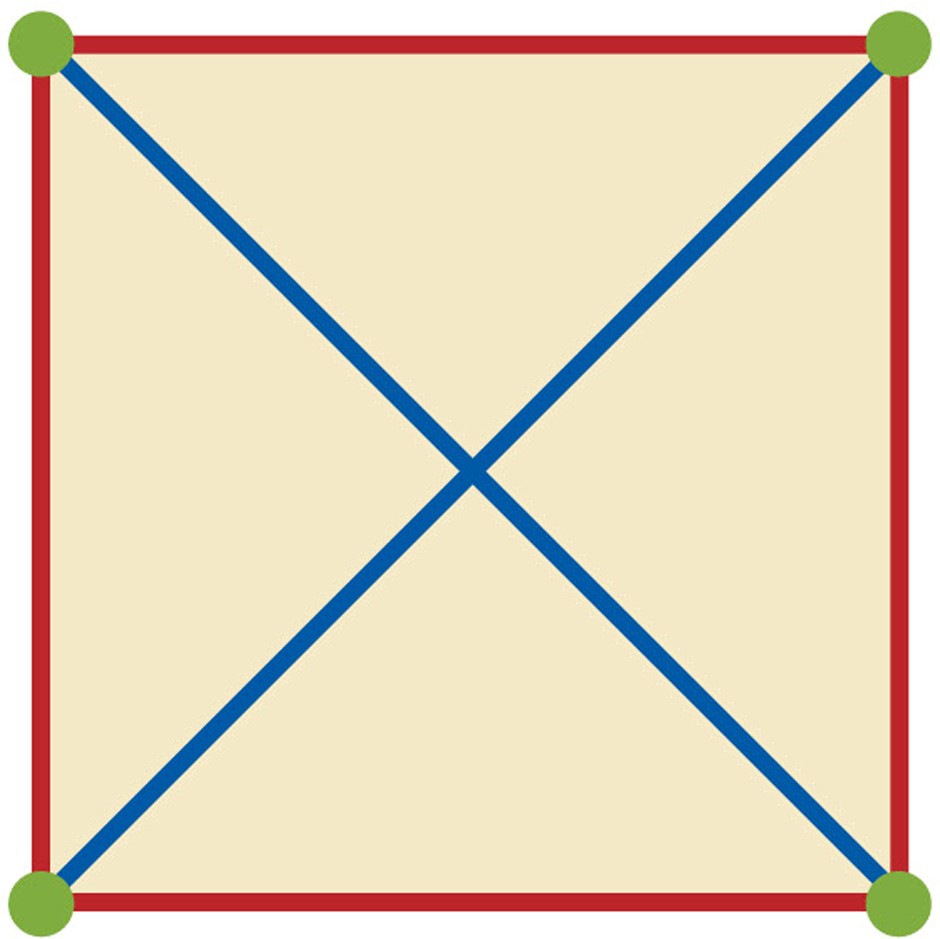 This problem concerns the number of ways of putting four distinct points in a (Euclidean) plane. But first, let me put the problem in context.

What about three distinct points? They determine a plane. But we are more interested in the three distances between the points. There are three possibilities: 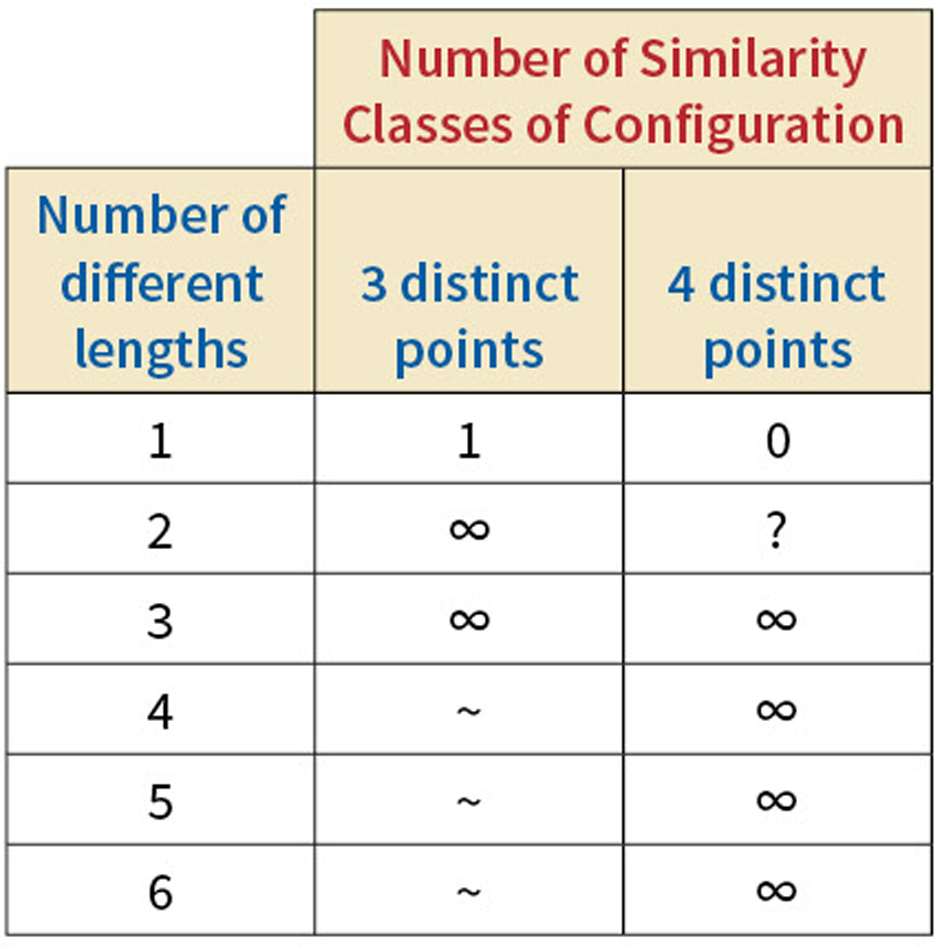 Solution to Previous Puzzle:
The SuperContest