Toward the Regulatory Adequacy of Usage-Based Insurance 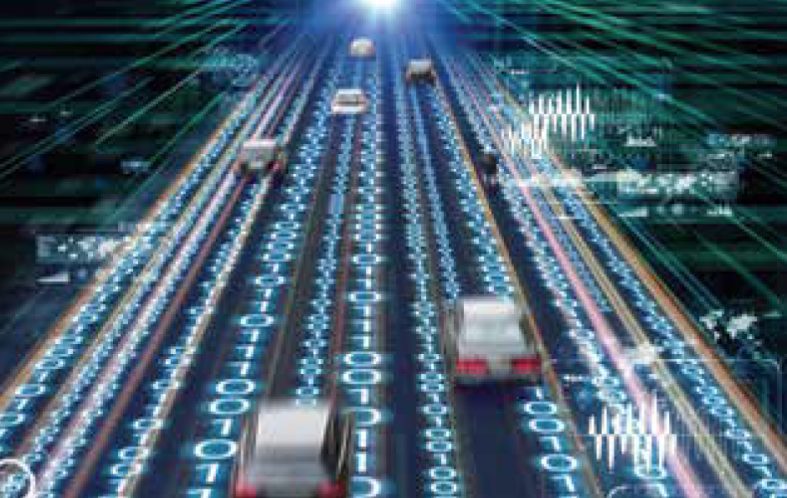 In order to assess the risk exposure for charging actuarially fair premiums, insurers seek the details about an insurable object and the critical conditions involved from customers. Insurers refer to a priori data at the time of initial contracting and include a posteriori data at the time of subsequent renewals. The data obtained provide them answers to questions pertaining to who, what, when, where, and why questions pertaining for qualifying and quantifying the risk.

Due to technological constraints, insurers could heretofore not track the behavior of the policyholders after contracting to assess how they maintained the insured object. This shortcoming hampered the accuracy of the risk estimates. Insurers tried to overcome this accuracy gap by creating large homogenous customer groups and mapping behavioral traits associated with each demographic cohort. They leveraged the answers to what, who, where, and when pertaining to these risk groups as proxies to conjecture answer for the “how.”

Substantial advancements in technologies for data sourcing, transmitting, storage, and analytics have created new avenues to insurers for gathering actual information about customer behavior to discern the exact causal “how” instead of depending on proxy “how.” Auto insurers specifically are leveraging these new technologies to spearhead usage-based insurance (UBI), in which the premium paid by the policyholder is arrived based on how the insured object is used.

This article takes a look at this nascent segment and offers a few thoughts on where it may be heading.

Many Flavors of Usage-Based Insurance

The first UBI program was an auto insurance launched by Progressive that tracked miles, time of day, and hard braking to assess driver behavior. Since then, many insurers have been launching UBI programs with different device types (onboard diagnostics dongles, black boxes, embedded systems, or smartphones), by tracking additional driving data elements (speed, driving smoothness, harsh acceleration, harsh cornering, swerving pattern), and by including contextual information related to when and where the vehicle is driven. Insurers are attracting customers by incentivizing them with premium discounts for enrolling in the programs and for scoring well on the driving behavior scoring metrics.

While some insurers are claiming to penalize bad drivers with premium hikes, the practice is not widely followed. The scoring models adopted by insurers vary based on the data elements considered, the level of granularity at which they are considered, and the weight accorded to them. The use of environmental data along with driver data further complicates the models. For example, to calculate the score for driver speed—a widely considered parameter—three different methods are followed: For a given trip, some insurers consider speed limit as a constant, some have two separate limits set for highways and non-highways, and a few others source the actual speed limits for each road from external sources, to arrive at the score for speed.

To date, insurers are not mandated to offer UBI products and hence they are offering them as an opt-in feature on the traditional products they sell. Auto insurers that choose to differentiate themselves by offering UBI submit to the regulator all the details of the UBI program they wish to launch—such as the type of the device used, parameters considered, driver behavior scoring logic, and rate discounts—to obtain the required approvals. Insurers consider their models as proprietary and protect them.

As the uniform standards for driver behavior scoring, pricing insurance policies, and sourcing, transmitting, processing, and analysis of data are yet to be determined, UBI programs offered by insurers vary from one another. This variability causes several challenges for wider adoption and progress.

While the insurers inform their customers regarding the basic parameters that are considered for scoring driving behavior and provide regular feedback with a driving score, how the tracked parameters are converted into driver behavior score and subsequently into premium discount remains opaque. As of now, insurers are using statistical generalized linear models for calculating the driving behavior scores. Nevertheless, some insurers are also exploring the use of machine learning algorithms (such as random forest, support vector machines, neuron networks, and multilayer perception in parallel) to identify the driving pattern and other abnormal driving behaviors—aggressive driving, distracted driving, and driver fatigue, among others. As the models become complex, their opacity increases. In this context, transparency is of foremost importance to the customer.

Consumers need to be aware of all the data tracked, why it’s needed, how it’s used, and the privacy trade-off they would get. I believe it would be appropriate to create a central personal data vault for customers in which all their connected data will get stored. The customer data vault would be connected to the industry regulated data exchange through which the customer could selectively trade his or her data. Insurers would have to request for explicit consent from the customers for using the data and the consent would be conditional—for restricted purpose and period of use.

The optional nature of UBI programs limits the spread of data that insurers need for modeling the driving behavior at their portfolio level. It is likely that many of the existing customers who do not opt for the UBI program do so for privacy and surveillance concerns, or perhaps they consider themselves to be high-risk drivers and are wary of punitive actions.

The models that insurers build with the data of the customers who opted in to the UBI programs—ostensibly believing that they were good drivers—would be trained only to classify and rate the customers within this dataset. The existing models thus being constructed with obvious data mistakes of cherry-picking and sampling bias would discriminate against any pattern that lies out of the current spread.

In the future, if participation becomes less voluntary—if insurers prefer to offer only UBI or regulators mandate UBI—consumers who are now staying away from UBI would likely exhibit entirely different driving behavior than those whose data are now being used to make the models. In such a scenario, the new customers would likely face unfair discrimination.

The growth of advanced driver-assistance systems (ADAS) that automate, adapt, and enhance vehicle systems to minimize human error could have a decisive impact on driver behavior scores and UBI programs. Besides this, the autonomous-vehicle technology is slowly progressing toward Level Five—full automation, when human intervention would be unnecessary. However, until all the vehicles on road are fully autonomous, the requirement of human intervention and judgment will remain essential.

Based on their selected opt-in customer datasets, it may not be possible for insurers to arrive at comprehensive driver behavior scores for vehicles with varying levels of ADAS capabilities and new types of behavioral risks arising in situations where the transition from autonomous- to human-powered driving happens.

Insurers offering UBI programs today follow a premium discount-based approach—i.e., the gross premium is calculated in the traditional way, and a discount is applied on the basis of either subscription or tracked behavior to arrive at the net premium. Once the insurers acquire adequate, reliable, and comprehensive behavior data that is both cross-sectional and longitudinal, they could construct individual pricing models using machine learning algorithms. They could use sample driving data of a customer to proactively assess the potential driver risk accurately and then charge the premium on a prospective basis, rather than offer retrospective discounting. A faulty model that is not trained with comprehensive datasets could classify a customer as high-risk; that customer could then be forced to pay an exorbitant premium or even find it difficult to obtain insurance coverage.

To overcome these challenges, the industry will need a huge database comprising several vehicle types, driver behavior segments, driving patterns, exposure varieties, environment types, and contexts for building fair, accountable, and transparent risk models. They will need to construct risk models with multivariate combinations and rationalize the scores when a customer shifts from one vehicle type to another. The industry could build baseline risk models for all risk scenarios. The industry model would be best if it were accommodative to all driving behavior types and arrived at an unbiased relative score at the industry level.

The portability of a UBI policy from one insurer to another is not yet defined. If a customer intends to transfer a UBI-based policy from one insurer to another today, the transferee company does not consider the existing driver score of the customer; instead, it is recalibrated anew based on the transferee’s models. To overcome this challenge, an industry standard and arrangement for calculating driver behavior scores, similar to credit scores, could be developed.

Regulators will have to provide guidelines regarding the accepted telematics techniques, variables to be considered, permissible risk benchmarks, and the scoring models. The institutions that calibrate the scores would source the ongoing data from the insurers for continuous score updating. This would also benefit the regulators, as they will only need to audit the scoring models of these institutions to weed out any unfair bias, rather than every insurer that offers UBI.

Not all auto insurers have launched usage-based insurance programs, to be sure, and the overall uptake of telematics in auto insurance is still moderate. The adoption rate may increase as insurers expand their UBI offerings into protection-oriented service, engagement, and experience ecosystems and start offering value-added benefits such as driving assistance, roadside assistance, and claims processing support.

Home, life, and health insurers are emulating the engagement model of auto insurers and using the data from home sensors and wearables worn to monitor users’ behavior and lifestyle to ensure continuity of well-being. After an initial period of subscription-based premium discounts, they are also likely to shift to individual pricing dependent on customer responsiveness and adherence to the well-being initiatives of the insurers.

Crystal-gazing into the future, the adoption of UBI in auto insurance seems to be an initial experiment for insurers, regulators, and customers. I believe regulators will need to quickly move away from the individual program-based approvals to setting industry standards and guidelines for every business line. Once the standards are developed for auto, home, and health, it will be time to define the all-encompassing regulations covering the interplay of all these lines for the connected customers and new connected insurance policies.

It is high time the long journey of a thousand miles started.

SRIVATHSAN KARANAI MARGAN is an actuary and insurance consultant based in India.