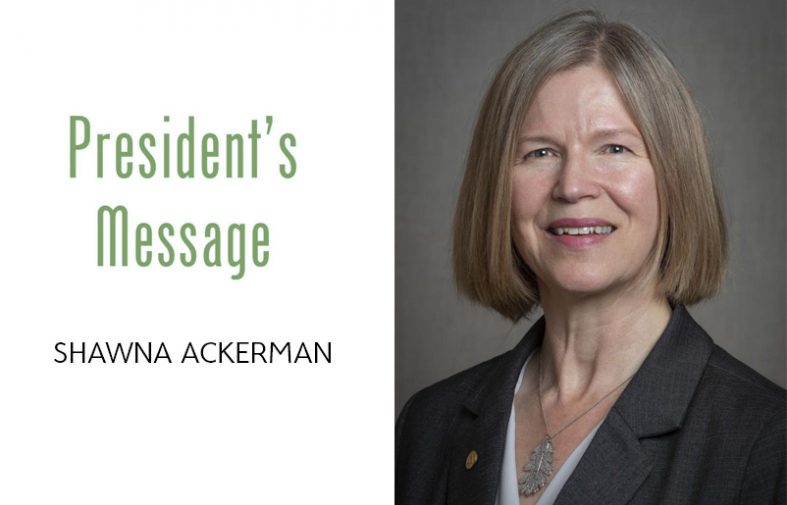 I was recently in New York City for the NAIC Summer National Meeting. Summer in the city is always sizzling; besides staying close to the air conditioning in the hotel, I was able to beat the heat with a strategically timed trip to a donut shop offering the latest dessert invention, the “fro-nut.” The mercury may have been over 90, but nothing fazed me once I had my frozen ice-cream-filled donut concoction.

NAIC national meetings are always jam-packed with informative and important sessions, and this incarnation was no different. One issue that has been front-and-center for the Academy is that of accreditation for property/casualty actuaries to sign statutory opinions. (See Past President Mary D. Miller’s recent trove of letters if you’re not up to speed.) While no definitive action was taken at this meeting, the present got me thinking about the past—and why the Academy was founded more than 50 years ago.

The actuarial landscape in the U.S. in the 1950s was very different than it is today. While there existed several actuarial societies to represent the various specialties and tend to the education of future actuaries, the profession lacked a unified voice to speak to national issues, as well as to address basic qualifications for actuarial competency. Actuaries were playing vital roles in the insurance and pension realms, but there was no universally agreed-upon certification or licensing process, as there was for lawyers and other learned professions.

It was with this backdrop in place—actuaries doing vital work but without a unified, national body whose imprimatur was proof of qualification—that the actuarial societies of the time got together to support the establishment of the Academy as an independent national association for all U.S. actuaries. Indeed, from the very start, a key part of our mission has been offering actuarial accreditation that would be recognized by state and federal officials.

We often speak of the infrastructure of professionalism that the Academy maintains—the “Web of Professionalism,” as my predecessor Tom Wildsmith coined it. At its center is the Code of Professional Conduct (Code), that foundational document from which all other professionalism responsibilities flow. The Actuarial Standards Board (which develops and promulgates actuarial standards of practice) and the Actuarial Board for Counseling and Discipline (which maintains the discipline function of our profession) are fundamental to fulfilling the Precepts of the Code. Both get a lot of attention, and with good reason: They’re indispensable bodies that allow our profession to maintain its self-governing nature. But the third strand in the Web of Professionalism—qualifications, as laid out in the U.S. Qualification Standards—bears equal weight in terms of importance. The Academy Board directs the activities of the Committee of Qualifications, and through promulgating the USQS, affirms for all stakeholders that a practicing actuary is qualified to do so.

I’m reminded of a Latin expression that I like: Sine qua non—literally, “without which, not.” It means that if you remove one piece of a thing, that thing will cease to function. For the U.S. actuarial profession, the Academy’s Committee on Qualifications is sine qua non—without a well-functioning body to lay out qualifications and affirm that actuaries are qualified to practice, the profession would be irrevocably weakened.

The Academy takes seriously its charge to affirm for all stakeholders that duly credentialed actuaries are qualified to practice. We will continue to make the case to the NAIC—and, indeed, to anyone else who may have questions—that the clearest way to be sure that any actuary is qualified to do her or his task is to look for four letters: MAAA.

print
Tags September/October 2019
Next article When Industry and Regulators Skirmish, Consumers Lose
Previous article The ABCD Goes to the Movies