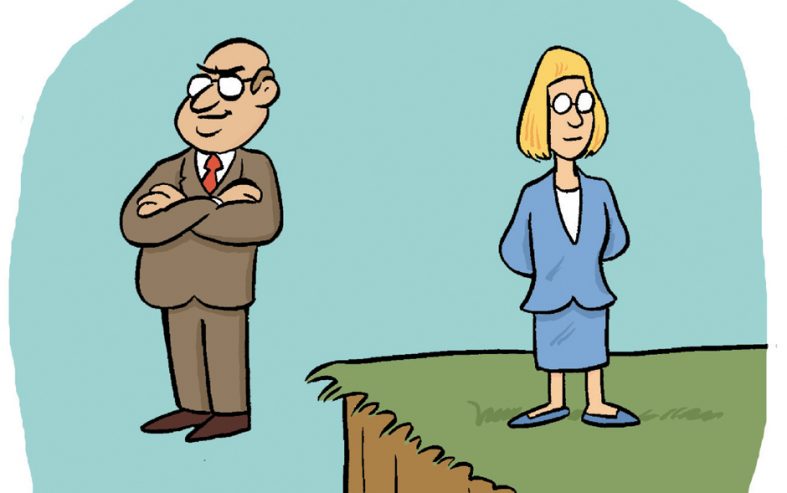 Eric Ratesetter walked into his boss’s office and said, “I’ve got a problem.” Melissa Wisdom looked up and said, “All right, let me guess, it’s a State of Arcadia rate filing again.” Eric sighed and said, “Yes.”

“Let me give you the background again,” he said. “We have a lot of business in Arcadia, so our experience is credible. Our filing is based on our own experience and our own administrative costs, and the profit/contingency margin is set by the board based on our surplus and each line’s risk. Arcadia uses Actuarial Wizard as their consultant. There have been a number of situations where the consultant from Wizard has asked us to make a change but without much justification.

“Early last year the consultant wanted our large group physician fee schedule increase reduced by 1 percent even though it was based on our actual three-year contract with the physician group in Arcadia. We complied in order to get the filing approved, and most of the business is experience rated so it really didn’t affect many groups.

“Later with our small group filing, Wizard asked a lot of questions about our administration contribution. We provided our internal study where we allocated expenses by product and function, which was the basis for what we used. They pointed out that we were a little higher than industry averages, which was true, but our assumption was what we believe it will actually cost us, based on our cost allocations and experience studies.

“Now Wizard doesn’t like our profit margin assumption. Wizard wants us to use an average of all the carriers in the Affordable Care Act exchange rather than one based on our experience and needs, the actuarial standards of practice (ASOPs), and federal regulations. The change is only 15 basis points, so it’s not much.”

Melissa said, “Let’s look at what the Code of Conduct says about actuarial disagreements. I think it is Precept 10. Yes, it is. Let’s see what it says: ‘Differences of opinion among actuaries may arise, particularly in choices of assumptions and methods. Discussions of such differences between an Actuary and another actuary, or in observations made by an Actuary to a Principal on the work of another actuary, should be conducted objectively and with courtesy and respect.’ Most of the rest of it seems to deal with situations where the principal has hired a second actuary.”

Eric said, “I have been courteous when I deal with the Wizard actuary, even though he doesn’t provide much, if any, basis for his assumptions. It seems as if he makes me change just because he can or to show the state that he’s finding things. I know the Department of Insurance (DOI) has the authority to require us to make changes, so that’s not the issue. The issue is that these changes don’t seem to be based on anything.”

Melissa said, “We have always had a good relationship with the Arcadia DOI, so I don’t want to lose that. I think we should set up a meeting with the DOI to discuss these issues—namely how they are doing their reviews and about changes that aren’t very significant but don’t seem to have much basis to support them.”

“That sounds like a good idea,” said Eric. “I think you should schedule the meeting since you have been involved with them longer and I report to you.” Melissa said, “OK, and I’ll get some other folks from our end involved as well.”

Melissa and Eric were reviewing strategy after the meeting had been scheduled. Melissa said, “You should meet with the Wizard actuary prior to our meeting with the DOI. You can go through the basis for your assumptions and Wizard can provide the basis for theirs. That way they aren’t blindsided by what we want and you can see their reasoning.”

Eric responded, “We’ve discussed that several times by phone, and Wizard has provided no real support other than the value is an industry average. I can do it again, but I’m not sure it’s worth it.”

“I think your arguments make sense and are well-reasoned,” said Melissa. “Oh, one thing just occurred to me. You should talk to the Wizard actuary and if the outcome is the same as before, cite ASOP No. 41, Actuarial Communications. You can tell him that you will follow the Section 4.3 disclosure requirement on assumptions where you rely on an outside entity. You will need to state reliance on Arcadia and Wizard for the contribution margin assumption. Section 4.3 also requires that you tell whether you disagree with the assumption or whether you are unable to form a judgment. That might change things.”

Eric was smiling. “That’s a brilliant idea,” he said. “I’m emailing Wizard today to set up the call. Even though I may not say that I disagree with the assumption given the small change, I will still have to state reliance on the state.”

The thing to keep in mind from this process is that actuaries are responsible for their assumptions, so if there is one that is required by a regulator you need to state that it is selected by the regulator. In addition, if you disagree with it, you need to say so or say you do not have enough information to form a judgment if that is the case.

David Ogden, MAAA, FSA, is vice chairperson of the Actuarial Board for Counseling and Discipline.