Looking for Truth in Shades of Gray 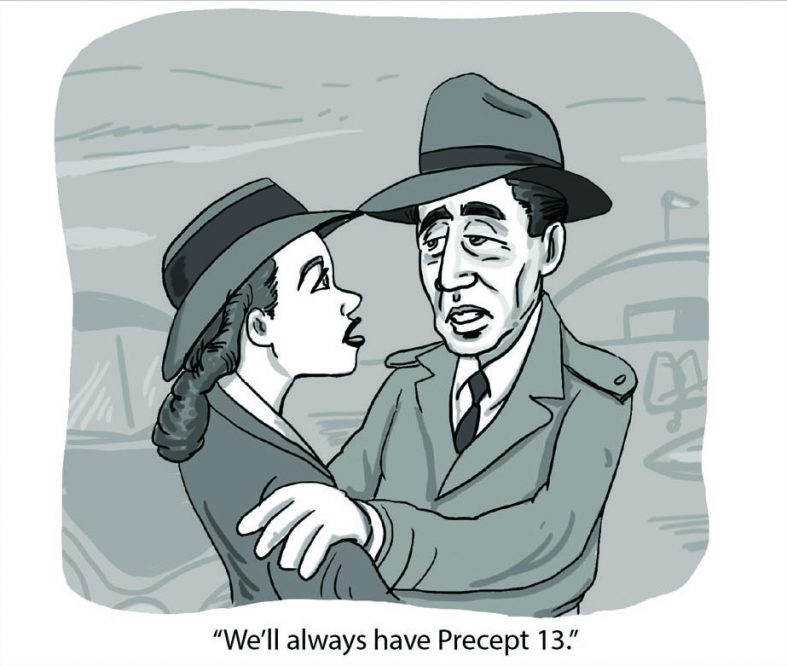 I am fascinated by the old movies that have been “colorized”—teasing out the real colors from the slight variations in gray used throughout the film. Who would have imagined that you can now watch Casablanca in full color rather than black-and-white! Although it may be anathema to cinematic “purists,” colorizing old movies is welcomed by many because of the sense of realism that color brings to the events portrayed on screen. And yet, decision-makers in many venues are necessarily confined to the assessment of “shades of gray” in reaching important decisions.

As members of the Actuarial Board for Counseling and Discipline (ABCD), we are faced with a wide range of situations. In some, the actions of the subject actuary (that is, the actuary who is the subject of a complaint) are so egregious that a consensus easily emerges among the ABCD members to make a recommendation to the subject actuary’s member organization(s) at the harsher end of the range of disciplines we can propose—suspension or expulsion. For example, few would be surprised if an actuary convicted of securities fraud were recommended for a harsh penalty. Of course, it would be the responsibility of each member organization to consider that recommendation and impose its specific discipline, if any.

To illustrate, let’s consider a number of situations.

Each of these cases presented a range of factors—some mitigating, some exacerbating—that the members of the ABCD appropriately considered. And while the fact patterns presented in the complaints were similar, the resolution of the cases by the ABCD were affected by consideration of all the shades of gray, and so the outcomes were different. It would hardly be surprising if the complaint against one of these actuaries was upheld, with further action by the ABCD, and the other was dismissed.

The ABCD was charged, as it is in all cases, to consider all of the materials provided, and to consider any relevant mitigating or exacerbating factors. When it comes to complaints of inappropriate conduct, the behavior of the subject actuary during the investigation process and hearing are significant factors considered. While the three cases described above may appear similar in that inappropriate conduct was alleged, there were nuances in each of them. The members of the ABCD were able to navigate these nuances, appreciating the subtleties of each and reached a different resolution in each—one was fairly light, another harsh, and the third somewhere between the two.

Consistent with Precept 14 of the Code of Professional Conduct,[1] the members of the ABCD consider the facts of each case including the extent to which a subject actuary has been candid and cooperative with the ABCD’s investigation of the complaint.

The members of the ABCD appreciate that our recommendations can have an effect on the subject actuary and the subject actuary’s career. At the same time, the ABCD is mindful that an actuary is expected “to act honestly, with integrity and competence, and in a manner to fulfill the profession’s responsibility to the public and to uphold the reputation of the actuarial profession.”[2] The members carefully consider the entirety of the materials provided (or not) and engage in spirited discussions in order to reach a consensus. It is rare that a case is clearly black or white; rather, the members of the ABCD spend time and energy to appreciate the shades of gray before reaching their decision.

JOHN T. STOKESBURY, MAAA, FSA, FCA, EA, is a member of the Actuarial Board for Counseling and Discipline.

[1] Precept 14 of the Code of Professional Conduct, states (in part): “An Actuary shall respond promptly, truthfully, and fully to any request for information by, and cooperate fully with, an appropriate counseling and disciplinary body of the profession in connection with any disciplinary, counseling, or other proceeding of such body relating to the Code.”

[2] Precept 1 of the Code of Professional Conduct.