Even Shackled, the Invisible Hand Is Powerful 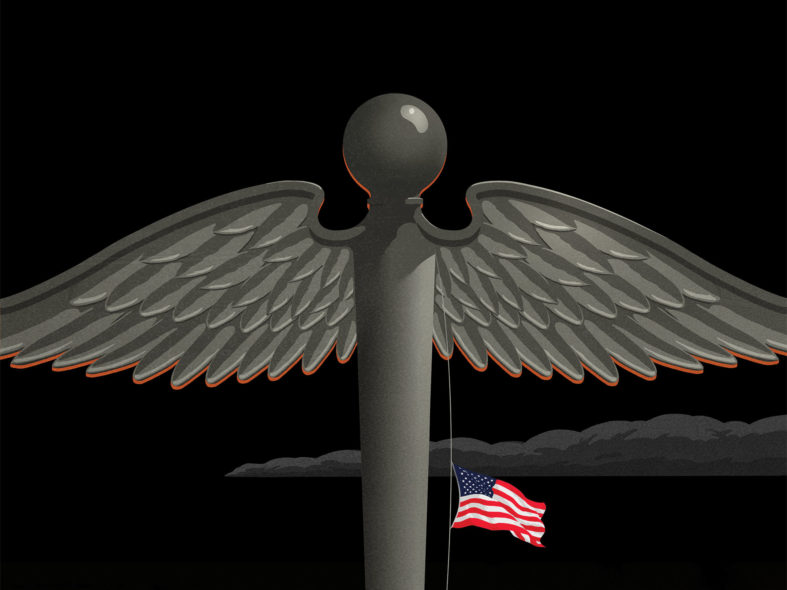 John Major’s letter to the editor in connection with “A Rigged Game?” (Contingencies; July/August 2017) gives me the opportunity to add a few remarks. Major doesn’t dispute the glaring shortcoming of the American health care system, but attributes them to the restrictions placed on individuals and powerful groups that make profit-maximizing decisions that affect the public (the “shackled” invisible hand). Everyone agrees that regulation can be a deadweight and an obstacle to a dynamic market. The question is: What would the consequences of unshackling the invisible hand be in the real world?

That competition in the health care space is naturally imperfect should not surprise anybody who has looked into the matter. Whereas there are many buyers of health care services, the number of sellers is small and, thanks to mergers and acquisitions—a feature of a free market—it is getting smaller. Most consumers don’t understand the products they buy, let alone the explanation of benefits they receive, and certainly are not equipped to engage in a medical discussion with their physicians—so much for perfect information. Insurance products are not homogenous (this shortcoming has been mitigated in some instances by regulation); the services rendered by providers are far from being standardized; so are prices and so is quality. Whereas consumers are price takers because they lack bargaining power, certain corporations are not—and in fact, they can bring prices to levels that are theoretically impossible in a market system that exists in the realm of fantasy.

A very imperfect market cannot be expected to regulate effectively the use of resources. Why do insurers, if they are allowed to, underwrite to exclude poor risks? Because not doing so would erode financial results and compromise their competitive position. Why do insurers “optimize” coding? To make insurance more affordable or to maximize profits? Why is physician compensation mostly linked not to quality or efficiency but to reimbursement mechanism? Why is it that the most laissez-faire approach (fee-for-service) is also the least desirable (to the community and insurers, not to physicians)? Why do pharmaceutical companies in the United States mark up their prices to levels that many consider abusive? Because they have the power to do so. It is certainly not the case that executives are greedier or more selfish than the rest of us. It is simply the case that they chose the dominating strategies that are permissible in the game they play. Doing otherwise would bring an end to their careers, jeopardize their companies’ earnings, and in some cases even threaten their existence.

The fact is that most of us try to maximize profits with little or no societal concern. Who would use his retirement savings to invest in an insurance company that is socially responsible but generates low or negative earnings?

To put dominating strategies in theological terms, when executives maximize profits regardless of consequences to others, they are, in fact, led by an invisible hand. In the United States, the invisible hand is constrained, but even with shackles it has managed to produce by far the worst health care system in the industrialized world. This is not a surprise—the invisible hand is incapable of doing its magic in markets that do not regulate resources effectively.

I appreciate Ken Steiner’s response to my commentary, “Using Stochastic Modeling to Analyze Retiree Income Strategies” (Contingencies; July/August 2017). His preferred strategy of using a deterministic approach based on financial economic principles is transparent and easy to understand. One uses a conservative rate of return, an assumed life expectancy, and an inflation assumption to calculate an initial spending budget that is to be adjusted annually by expected inflation. I, however, have some concerns with this strategy.

Most retirees need to take some risk and will do so with their nest eggs to achieve a spending budget that can keep up with inflation. Steiner’s approach generally assumes that investments will mirror near-risk-free rates or return. But this is not how retirees and their advisers behave in this low-­interest-rate environment we live in.

Selecting a life expectancy to fund toward is challenging. The Academy, along with the Society of Actuaries, highlights a more probabilistic approach under its Longevity Illustrator. Under a deterministic approach, we can of course calculate a spending budget based on a variety of life expectancies—but which one should the retiree rely on?

Stochastic modeling provides a method that can compare thousands of different strategies. Strategies can be analyzed and compared based upon achieving an income level or a success level. This cannot be done under a deterministic approach.

I grant that the deterministic approach is easier to understand. And I trust that this debate will go on.