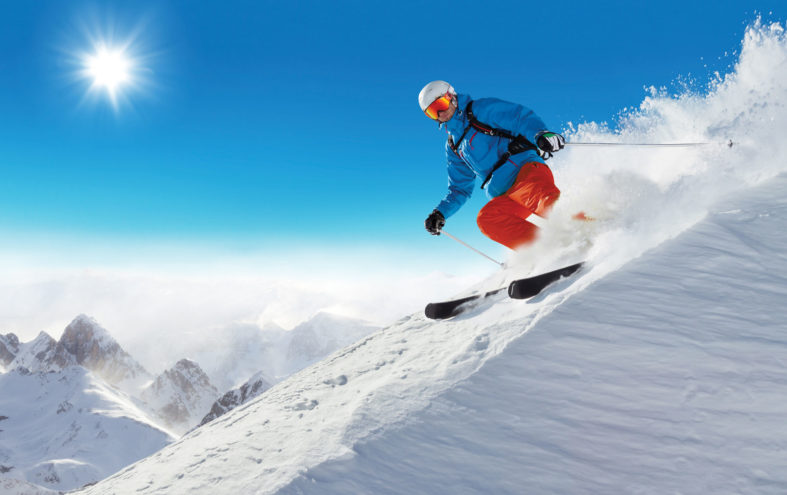 It’s amazing what you can learn while skiing. I learned firsthand last year that I needed to ski under control. On a day of skiing mostly blue (intermediate) and easy black (advanced) runs, I fell on a green (beginner) run and broke my thumb. I still made it down the mountain on my own, but something didn’t seem right, so I had my hand checked out—oh my!

I found that it doesn’t matter how challenging the activity, if you aren’t under control, you are asking for trouble. So, this year when I returned to the slopes in Park City, Utah, I was committed to further learning that lesson (even though I ignored the first step in risk management: Avoid the problem by not skiing in the first place).

It has been a long time since my last official ski lesson. Besides personal pride in thinking I didn’t need any more instruction, my problem with such lessons is that they seem to provide too much advice, resulting in too many things to think about. Just like an overly complex model. Like: Get a rhythm, shift your weight, keep your upper body still, look downhill, and of course, be relaxed. And I added some rules of my own: Don’t go too fast, especially if a tree is rapidly approaching; if I am catching up quickly to a skier who is struggling even more than I am, be sure not to get overconfident or get too close. The message—keep it simple, stupid!?

When on a difficult run, I look downhill to the next steep mogul (ski lingo for a set of seemingly dangerous consecutive hills and valleys of white stuff ) and suddenly ignore all the advice I have received over the years. I try, while gathering courage to make the next turn from the vantage point of the top of my current mogul, to remember my risk management (I’m a CERA, by the way) process—too late to avoid the risk all together, but wishing I could immediately begin my feedback loop of an actuarial control cycle by moving to the next run (which is green) over yonder instead. Alas, by that time, too late.

I finally get the courage to slide around my current mogul, and realize that, although I’ve gotten one more out of the way, I still have a lot more to go. So, I try the process again (being crazy is just doing an experiment over and over, expecting to get a different result). So, after what seems to be innumerable experiments, I make it down the hill after all and look up and think: Maybe I was a little crazy for trying that mogul mountain! And then my son, who was patiently waiting for me, says, “Wasn’t that fun … ready for another?”

I actually only fell once (OK, twice— but the time getting off the ski lift doesn’t really count) in three days of skiing (fewer times than I fell while cross-country skiing over the following couple of days).

Twenty years ago when my kids, Jordan and Zoe, were learning to ski, I always skied above them on the ski run— if they fell, I could help them up. Now they are in their twenties; I’m still skiing above them, but now it’s because they are skiing faster (or maybe my skiing has slowed down while practicing personal risk management).

I try cruising down the middle of the ski run, while they go and play among the trees. Even though last year I joined the vast majority of skiers wearing a helmet while skiing, I am doing my best to avoid those pesky tree trunks and branches, preferring not to use them as a tool to stop quickly.

I remind them to be prepared for the weather. I personally need to plan ahead to enjoy myself (because if I don’t, I find myself cussing at myself under my breath), but I don’t always succeed and there isn’t a great deal of opportunity for clothes feed- back loops on the top of the mountain.

And I think of aging when I receive, without complaint, my 20 percent senior discount. Is it a reward, an incentive, or just the actuarial equivalent of what should be a reduced use of the whole mountain? Whatever the reason, I’ll be back next year to again take advantage of that discount. (I’ll also hope that the runs won’t be quite as steep or mogully.)

SAM GUTTERMAN, a member of the Academy and a fellow of the Society of Actuaries and the Casualty Actuarial Society, retired after many years as a director and consulting actuary with PricewaterhouseCoopers LLP in Chicago