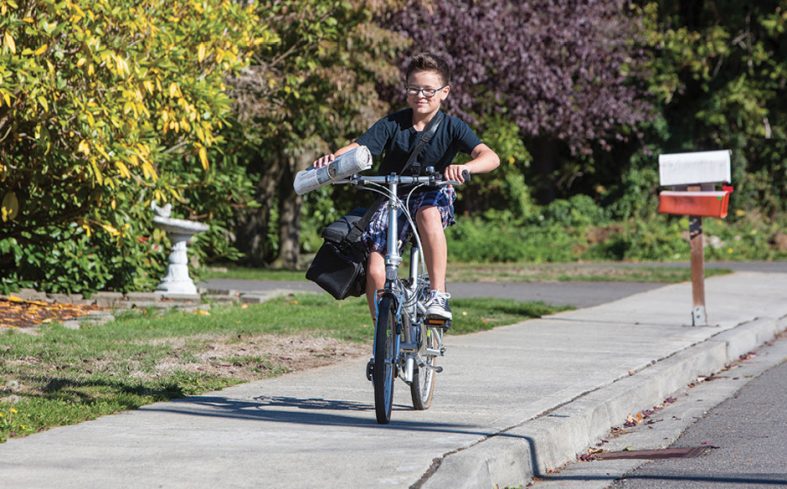 When I was a kid, I delivered a daily newspaper in Levittown, a planned community on Long Island. Part of my job was keeping track of who paid their bill. I had a small notebook with the pages divided into columns. At the top of each page I put the names of the streets; in the first column I put house numbers; I used the remaining columns for payment status. Because it was a planned community, the house numbers were perfectly sequenced, with odd numbers on one side of the street and even numbers on the other.

Show that a) can be done in three ways.

What is the probability of each contestant winning the election assuming a fair coin? It appears that a variant of this problem has appeared as a puzzle in the past. This is a variant of the gambler’s ruin problem, where unfortunately Andrea and Jeremy get the short end of the straw. Andrea and Jeremy both have a 50% chance of losing on the first flip of the coin. If they survive, their probability of winning is P. For the remaining eight contestants, they have a chance to be president regardless of the outcome of the first flip. Further, for each of these eight contestants, they have probability P of being president regardless of the first flip of the coin. This is a product of the gambler’s ruin theory, which states that when X number of players have equal bankrolls and have an equal chance of winning a bet, then each player has a 1/X chance to be the sole survivor. So as 8 contestants have a 2*P chance of winning the election (they can win if the first flip is either heads or tails), and 2 contestants have a 1*P chance of winning, this sums to 18*P. Hence Andrea and Jeremy have a 1 in 18 chance of being victorious, while the remaining 8 people vying for the presidency have a 1 in 9 chance.

[1] This definition is not the standard mathematical definition of the term “difference set.” It is only valid for this problem.

Errata To Solutions To Sum Of Cubes Equals Square Of Sum

The formulas were harder to understand due to five missing inequality symbols.