Communicating Clearly With ASOP No. 41 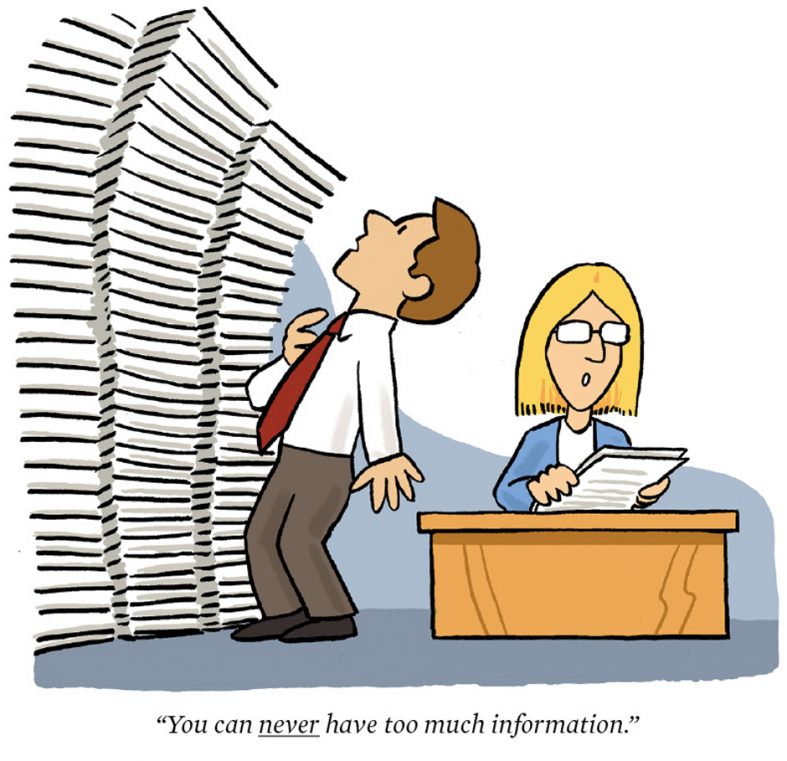 Let us see the conclusions two actuaries reached about the information that was needed in a hypothetical actuarial communication.

Sid Actuary hit send on his email and leaned back with a sigh of relief. “Whew,” he said, “I’m glad I finally got that project done. That spreadsheet took a lot of documentation, but it should be understandable to everyone.”

Soon Amanda Consultant walked into his office. “The spreadsheet looks good, Sid—when will I see the first draft of the report?” Sid looked startled. “Report? Isn’t there enough documentation in the spreadsheet itself so it is the report? Amanda sighed and said, “When is the last time you looked at ASOP No. 41, Actuarial Communications?” “I don’t know”, said Sid, “I think I had to read it to pass my final exam.” “Apparently not recently enough” said Amanda.

Amanda sat down, “Do you expect the client to rely on our analysis?” “Well, obviously,” said Sid, “both our usual contacts and hopefully the rest of the company as well.” “I agree” said Amanda, “so ASOP No. 41 (section 3.2) tells us that if we expect the user to rely on our actuarial findings, then an actuarial report is required.”

“So I can just put it into Word and I’m done, right?” said Sid. “Well, not quite,” replied Amanda. “The medium for the report is not as important as the information the report contains. ASOP No. 41 also tells us that the report ‘should state the actuarial findings, and identify the methods, procedures, assumptions, and data used by the actuary with sufficient clarity that another actuary qualified in the same practice area could make an objective appraisal of the reasonableness of the actuary’s work.’” Amanda continued, “The report does not need to be in Word, but frequently that is the most convenient medium.”

Sid thought about it a moment and said, “The client understands what we did and how and why we picked the assumptions. Plus, the client may not read the report; they usually only look at the tables of results.”

“That’s unfortunately true about how our clients use our reports,” Amanda replied, “It’s also true that the two or three people we deal with regularly are familiar with the basis for our assumptions because we discuss the assumptions with them. However, sometimes our deliverables get circulated more widely and those individuals probably don’t understand everything we want or need them to understand. ASOP No. 41 does recognize the contents of an actuarial report may be limited due to specific circumstances, but it says (in section 3.3) that ‘limiting the content of an actuarial report may not be appropriate if that report or the findings in that report may receive broad distribution.’”

Amanda continued, “I was burned once early in my career when my boss told me she wanted a rate update done quickly, so I didn’t provide much documentation with the results. I also failed to compare my results to the prior version I was updating. I was called into someone’s office several days later asking why the new results were so much different and which result should be used to set premiums. ASOP No. 41, section 3.5, says that if later results are materially different than those initially issued by the same actuary—meaning my boss, because she was the responsible actuary—then the communication should explain what has changed and why the earlier results are no longer valid. My boss hadn’t looked at it very long, either, or she would have asked me to explain what happened before the meeting. I had not realized my boss would be sharing it with her bosses, though it seemed obvious after that meeting and when I was asked about it”

“I need to review ASOP No. 41 again,” agreed Sid, “but we should get a pass when presenting our results orally, right?” “Somewhat,” replied Amanda. “ASOP No. 41 applies to oral communications about actuarial services, although it does recognize that there are differences between written and oral communications. Still, it tells us (in section 3.6) to consider which of the various disclosures should be part of the oral communication—and if we think it may be passed on to other parties, then we should consider following up with an actuarial document.”

“Is that the reason why we always say who the intended user of our deliverable is?” asked Sid. “Partly,” replied Amanda. “Section 3.7 tells us that we should recognize that our actuarial communications may be used in a way that may influence people who are not part of our intended audience. We need to take steps to prevent misuse and ensure our document is clear and presented fairly. We can restrict its distribution to just our intended user or require them to obtain our permission before they give it to someone else. So rather than having to guess when a document might be passed on to someone else, we restrict distribution.”

Sid thought for a moment. “So the things you had me do last month with that big spreadsheet project where we had so much back and forth with the client was due to ASOP No. 41? Not only did we have a tab listing all our assumptions and where they came from, but it stated that there were several that came from the client.”

“Right—ASOP No. 41 and good actuarial practice,” replied Amanda. “ASOP No. 41 (section 3.4.4) says that the actuary takes responsibility for every assumption unless stated otherwise. As you will recall, that client wanted to use a 4 percent trend that we thought too low. So in the documentation, we added the phrase, ‘We believe the trend should be 6 percent.’ We also added the comment, ‘We are not able to evaluate the reasonableness of this assumption’ to the home health care cost reduction that they provided because we didn’t have any information on how they came up with the savings. ASOP No. 41 (section 3.4.4.b.3) tells us that if we cannot evaluate the reasonableness of an assumption, we must say so.”

Sid groaned, “Report writing is a big pain.” “Sometimes,” Amanda replied, “but once you have straight what needs to be included, it’s easy to follow the process.”

The morals of the story: It is hard to provide too much information, it is important to provide enough, and the definition of “enough” may depend on the situation. Be mindful of the disclosure requirements of ASOP No. 41 and other applicable standards; they are required, yes, but they are also sound actuarial practice. It will almost never be inappropriate to provide too much information (other than what must remain confidential under Precept 9 of the Code of Professional Conduct) to explain your assignment and how you carried it out to intended users—as long as your communication is clear and well organized.

DAVID OGDEN is a member of the Actuarial Board for Counseling and Discipline.

Print Article
Tags May/June 2019
Next article Tales of a Sixth-Grade Actuary
Previous article Applying Predictive Analytics for Insurance Assumptions-Setting—When, Why … and Why Not