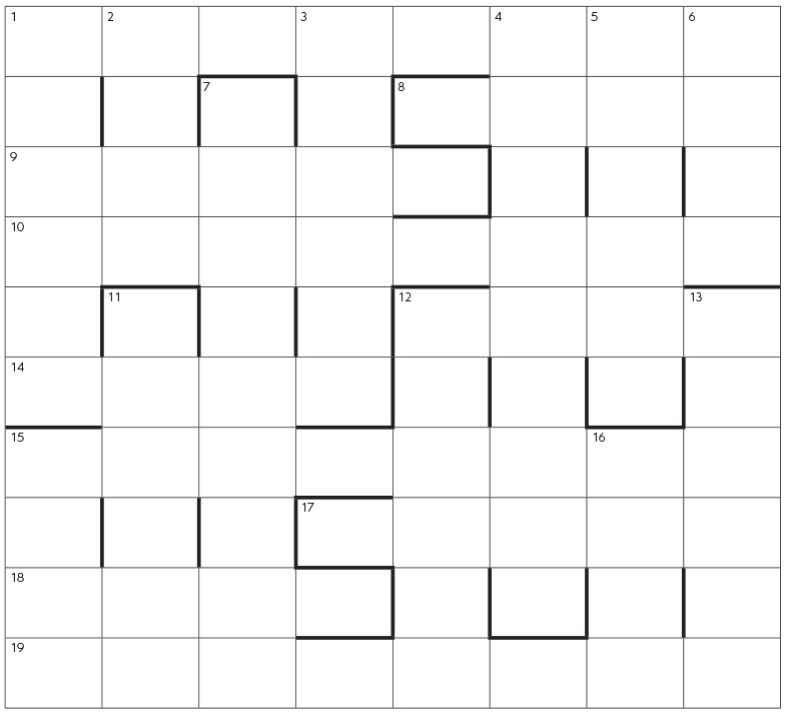 This puzzle gets its name from the two words that can be formed from the letters you’ll need to add to some of the four-letter answers in order to get the “five from fours” answers. Five of the four-letter words from the diagram will each take one extra letter. A four-letter word provides five positions where a letter can be added. Position 1 is before the first letter, position 2 is between the first and second letter, and so on. The “fives from fours” answers are formed using all five positions. The series 12534 and 15234 refer to the ordering of the five added letters and the new words that can be formed from these orderings.

9. Part of the small intestine found in crappy milieu, I must evacuate

14. Effort’s said to lead to affluence

1. The man in Havana works up gag

2. In need of a job, heartthrob auditioned

3. Large numbers of fish in motion bearing roe on the way up to Sound in Seattle

4. Unconventionally appealing with a little something extra

5. A purge left Nancy ultimately with a very dry delivery

6. Start all over again or Ed goes schizo

12. Siren blast at the conclusion of service

15. Playing “More” all around the Trevi Fountain

Renovated décor as a concept

You can tap this tree shading Dad on the way back

Drummer as egomaniac rendering “Wipe Out”

Two words that can be formed from the five added letters